Despite most countries being part of the same Union, cross-border heavy transport in Europe is complex. This is because abnormal load transport regulation is decided by each national government, and there is a lack of coordination between them.

“The result is a plethora of rules, all set up and executed in national languages,” says Ton Klijn, director of the European mobile crane and special transport association ESTA.

The European directive 96/53 concerned with the harmonisation of road regulations just specifies the sizes and weights vehicles have to comply with. Anything exceeding that is left to national governments to regulate.

In terms of these national government regulations, the directive only highlights that they should be non-discriminative, meaning regulations should apply to everyone in the same way. ESTA has been looking closely at the VEMAGS reform because of concerns that the new rules may discriminate against non-German companies.

VEMAGS is the online system for the application and approval for large-scale and heavy transports in Germany; including the movement of cranes above a certain weight. It is handled by the 16 federal states (‘Bundesländer’).

The latest changes to the VEMAGS came into force on January 1, with the aim to align the processes and the rates charged for permits, as these previously differed from state to state.

Klijn says the system works well technology-wise, but points out issues regarding the execution of the new rules. One example is that they are open to interpretation by each state: “This means there are 16 sets of interpretations. The same goes for the matrix for calculating the permit fees. Many parameters are fixed and can be easily calculated, but there are several others which are prone to interpretation.”

The association found that permit costs could increase by more than 130% in the wake of the reforms. “This may not be such a big problem for the transport company because mostly the permit cost gets charged to the end client. However, that makes it difficult to calculate transport costs in advance. If in the end the permit is €200 more expensive than anticipated, it eats up the profit. The same applies for a crane company.”

In the past, ESTA members complained about the time needed to obtain a permit in Germany, as in some cases it took more than eight weeks. The slow process created a bigger problem, ‘permit tourism.’

Companies often sent applications to multiple authorities with the hope to get a response quicker. “This created even more clogging of the system, because there were lots of permits that were asked for and later withdrawn,” Klijn explains.

“With the latest VEMAGS reform, the German authorities wanted to stop permit tourism. The solution should have been to reduce delays, making sure everybody gets their permit within a week. Instead, they limited the number of places where foreign companies can ask for a permit.”

Under the new rules, international transport companies without a branch office in Germany can only apply for a permit at the border or at the loading place (if the route to the loading place does not require a permit). In contrast, German-based companies are able to obtain permits from more sources - either from their main company location, the location of what is called an 'independent branch office', or the location of the start of the transport.

A further concern is the impact on service companies that obtain permits on behalf of their clients. Under the new rules, they would have to register for every company separately on the VEMAGS site and they can only apply for a permit at the same place that the company they represent could apply - so for a non-German company that is only at the entry border. "The option of being able to apply at a near-by permit office is now only open for German companies, and that can be a big advantage," Klijn added.

Another problem with this change is that permit offices at the borders will have a much higher volume of applications, which could lead to a slower approval process compared to other locations. When ESTA addressed this potential problem to the German authorities, they were told of plans to increase staff in offices where they expect a lot of permits.

The association says that non-German transport companies fear that the changes will place them at a commercial disadvantage against their German rivals and that the new system will lead to increased bureaucracy and delays.

Originally, the German authorities also proposed to ban overseas transport companies—but not their German counterparts—from obtaining a long-term permit (‘Dauergenehmigung’) but that was withdrawn when some experts said the move was in clear breach of the EU's single market rules.

"It may be that the new rules work out fine, and that the German authorities put in the necessary resources to minimise delays. Or it may be that these new arrangements amount to a 'de facto' discrimination against non-German companies in which case we reserve the right to return to Brussels and raise this issue once more," Klijn says.

He clarifies that ESTA is not against permits for abnormal transport, it is in favour of a good working permitting system that goes hand in hand with enforcement of rules.

Klijn says if there are not enough checks or if the approval process is too slow then this could lead to illegal driving which undermines safety. As an example, Klijn mentioned recent accidents when abnormal loads were transported without a permit on flyovers and bridges that could not sustain the weight, costing lives and damaging infrastructure.

Klijn believes there should be an electronic permitting system in all the countries because in that way documentation can be translated into any language.

Already in 2006 the ‘Best Practice Guidelines for Abnormal Road Transport’ published by the European Commission stipulated certain methods for issuing permits and one of them was to do it on the internet.

At ESTA they believe that if all the countries used a common electronic permitting system it would make the process of deployment faster. “A big frustration is that when a country decides to offer online permitting, the first thing they do is to invent their own system instead of contacting a country that already has one.”

ESTA advocates for a coordinated strategy from the EU and national governments for heavy and abnormal transport, at it believes would make the industry safer and more efficient.

Klijn uses the example of the Uniform Permit Transport 2021 (UPT2021) initiative by the SC&RA in the USA, to highlight the potential benefits of a coordinated strategy. UPT2021 was developed to establish harmonisation between all 50 US states on oversize or overweight envelope vehicle configurations. Two of the primary goals for UPT2021 are to encourage all states to allow minimum weight thresholds, and to analyse and issue permits via automated permit systems 24/7.

“Some forty states are now using this system. When they started issuing permits online in the US, the number of permits issued rose considerably because the process was much easier. This resulted to a considerable increase in revenues from permitting. Also the number of bridge hits—when vehicles hit the flyover because they are too high—was reduced dramatically.”

He adds: “I still think electronic permitting is where we need to go and I hope that with the new Mobility Package we will move towards that direction.”

The European Commission’s Mobility Package 1 includes a set of initiatives to address key challenges affecting European transport and mobility. Amongst other benefits, the package aims to significantly improve working conditions in the road transport sector. The enforcement of measures has already started (August 2020) and with the rest expected to gradually come into effect by 2026.

Klijn talks specifically about the intelligent access procedures that are included in the Mobility Package 1. “If you have an automated permitting system for abnormal loads which you connect to a GPS on a vehicle, like they have already done in Australia, that will make enforcement much easier. For example, if someone is driving a crane in the wrong direction, a civil servant can remotely compare the GPS data to the permit and issue the fine.”

He also talked about another European Commission initiative that could positively affect the heavy transport sector in the future, the establishment of military heavy transport corridors throughout Europe. ESTA suggested that these corridors could be used for ‘normal’ abnormal transport and provided comments for a study on the revision of directive 96/53. “Although it is ready, this report has not been published yet; we were not told the reasons. I hope the topic of military corridors will not be controversial and they will come back to the report.” 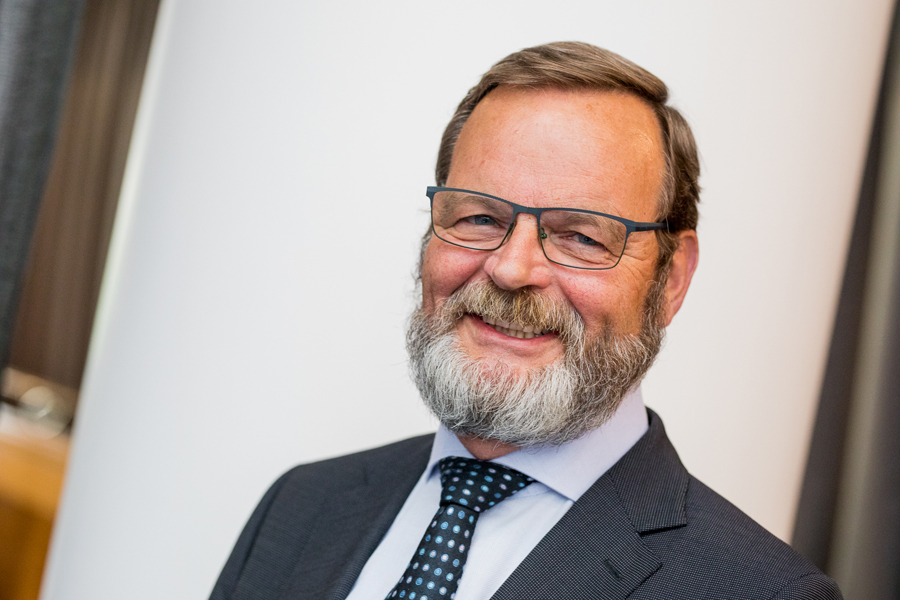