The shipyard is located on the Apuan coast in the Italian province of Massa-Carrara and the gantry crane has been a landmark there for decades.

The gantry crane had a height of 46 metres and dismantling it involved lifting a load of over 1000 tonnes and a length over 105 metres and travelling with it whilst manoeuvring through the shipyard.

To get to the shipyard the CC 6800 was transported there from the new Vernazza logistics centre in Vado Ligure, while the CC 3800 1 came from central Italy, where it had been installing a railroad bridge. It took around two weeks to get the cranes there, with the smaller components being transported by road and some of the bigger ones by ship. “This enabled us not only to minimise the time it took to get the cranes to the site, but also to adhere to the customer’s timeframe,” job manager Giulio Zunino reports.

Access to the site and the setup area was restricted as shipyard operations were still ongoing plus work also had to be coordinated with other construction activities renovating the shipyard.

Readying an area this big on which the crane could travel was necessary, as the 105-metre-long main girder had to be set down on the dry dock for the last bit of disassembly work, so the CC 3800 1 had to be able to travel there with the load on its hook. The CC 3800 1 in the dry dock was equipped with a longer main boom than the CC 6800 to compensate for its lower working position.

Vernazza used two different sets of slinging gear for the tandem lift. Both of them were custom-made for the job and positioned across the underside of the gantry crane’s main girder. For the CC 3800 1, this meant a single spreader bar that was rigged to the crane with two shackles featuring a load limit of 300 tonnes each and a pair of endless wire rope slings, each with a length of 32 metres and a rated capacity of 218 tonnes, arranged in each shackle.

For the CC 6800, the assembly comprised a double spreader bar that was rigged with four shackles featuring a load limit of 300 tonnes each and a total of eight endless wire rope slings with a length of 8 metres and a rated capacity of 262 tonnes each. The slings were rigged in pairs to shackles with a load limit of 250 tonnes. “This meant that our CC cranes were perfectly prepared to lift the gantry crane, which enabled the technicians to disassemble it piece by piece from the bottom up with the help of demolition-type cutting torches,” Zunino explained. “Once a chunk was removed from the gantry crane on both the left and right sides, the two cranes could then set the remaining gantry crane down on the ground.”

Thanks to the project’s detailed planning, it was finished as planned and on schedule by Vernazza’s 12-person team. The team comprised one crane operator and signalperson per main crane, a job manager, a technical manager, and six operators for the assist cranes. In total, the job lasted around six weeks – two for setting up the cranes, two for carrying out the work, and another two for tearing down the cranes. 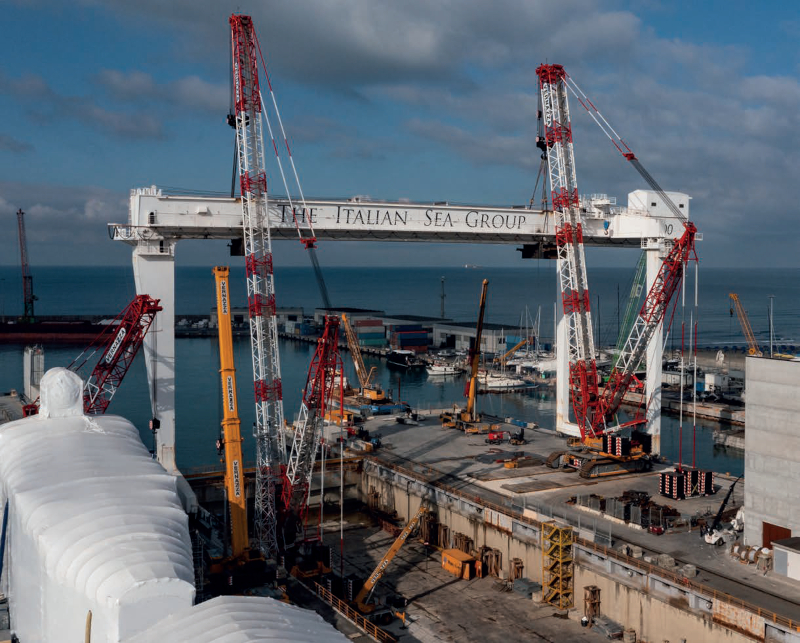 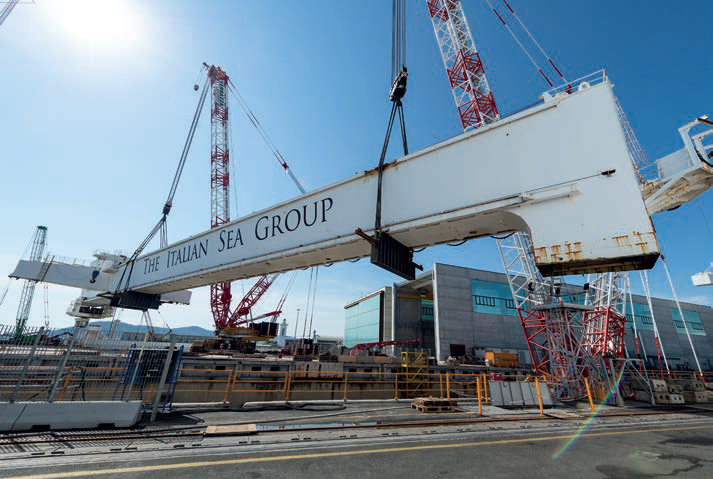 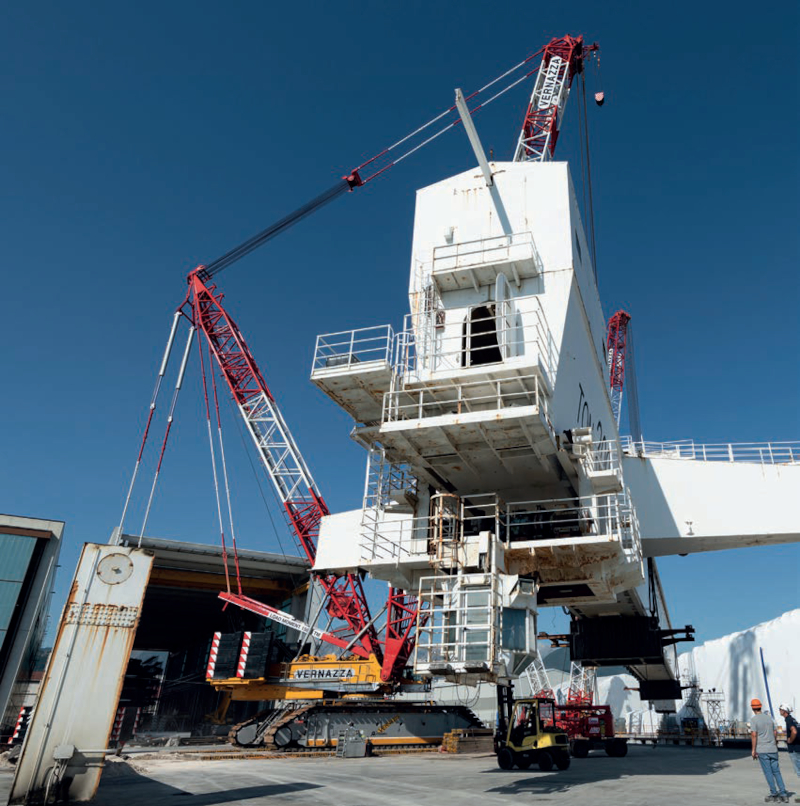 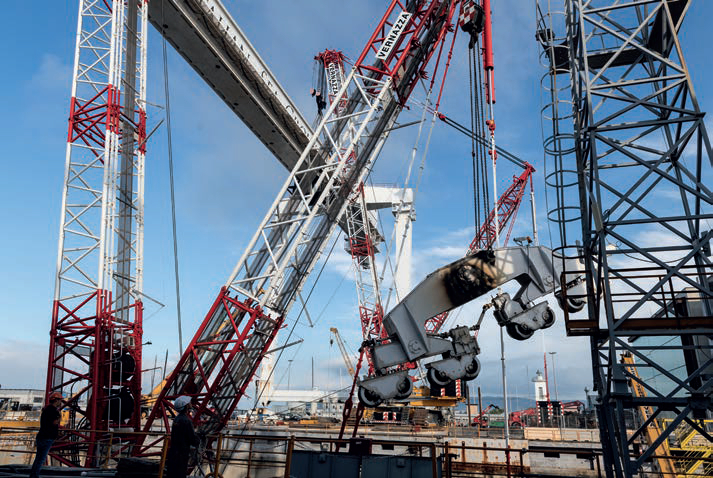