The New Champlain Bridge Corridor Project involves the replacement of the existing Champlain Bridge over the St Lawrence River in Quebec. The existing structure is one of the busiest crossings in the country for about 40 to 60 million cars, trucks and buses a year.

The bridge will be made up of 74 footings, 38 of which will be prefabricated at the jetty, while the rest will be made by pouring concrete directly into foundations in the riverbed.

Each footing is 11m by 2m and comes with a pier starter, giving the overall assembly a height of up to 14m. The weight of a single footing ranges between 600-1,000t.

In order to transport and place the prefabricated footings to the riverbed, Sarens designed FFI. It is a self-propelled catamaran that can lift, transport and install foundations by its own means.

It is outfitted to operate in strong currents and to lift and transport parts that can weigh up to 1000t. The lifting apparatus has a turntable, allowing for a 360° rotation of the parts.

The footings were first moved to the end of the jetty onto the loading dock, using a supertransporter built for the project, Thor the Ant.

The footing assembly was then tied on the FFI with steel cables. Once the assembly was secured, the FFI headed off to the designated location in the river.

The FFI was then stabilised in final installation position with a powerful anchoring system comprising of eight anchor winches. The winch lines were operated to keep the footing stable during final placing.

An advanced GPS system was used to position the FFI and the footing accurately. Additional adjustments were made using the FFI’s turntable, which allowed workers to rotate the part when necessary.

The part was lowered and put into place with a hydraulic cable and pulley system and hydraulic jacks. Final positioning checks were made with the GPS and precision prisms, located on each footing.

The FFI then returned to the dock and repeated the entire operation with the next footing. 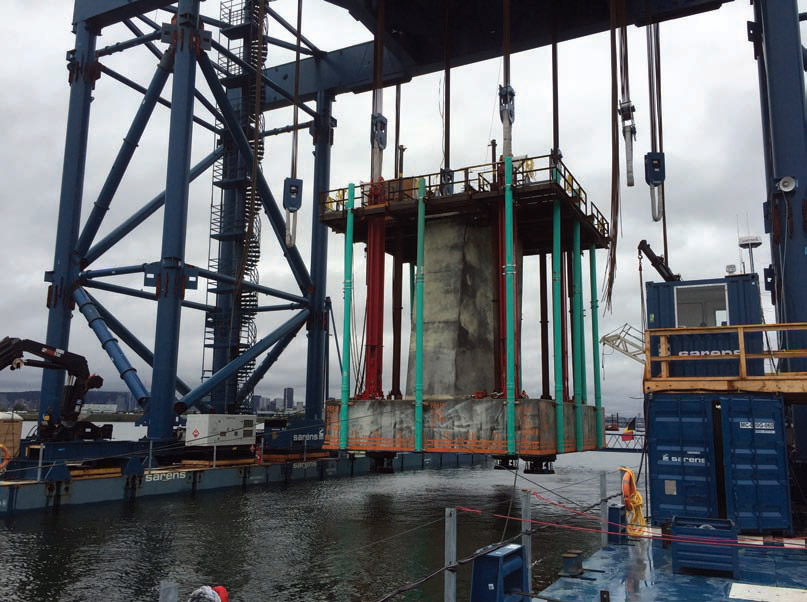 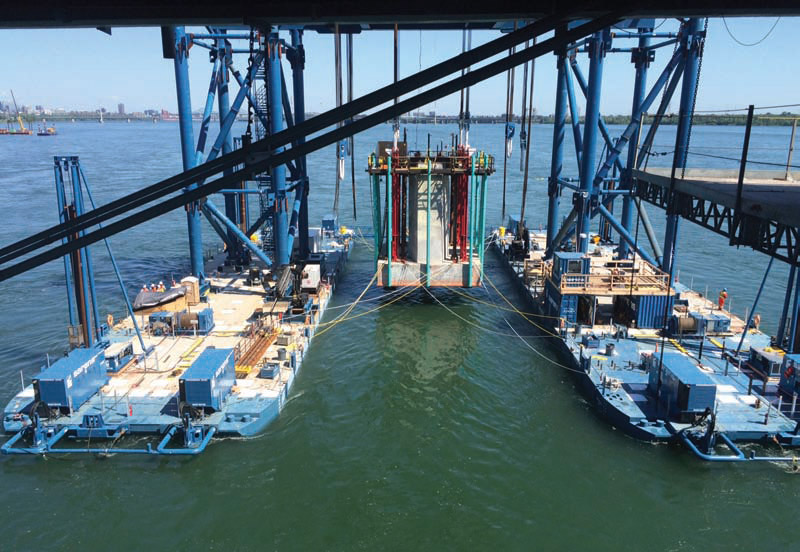 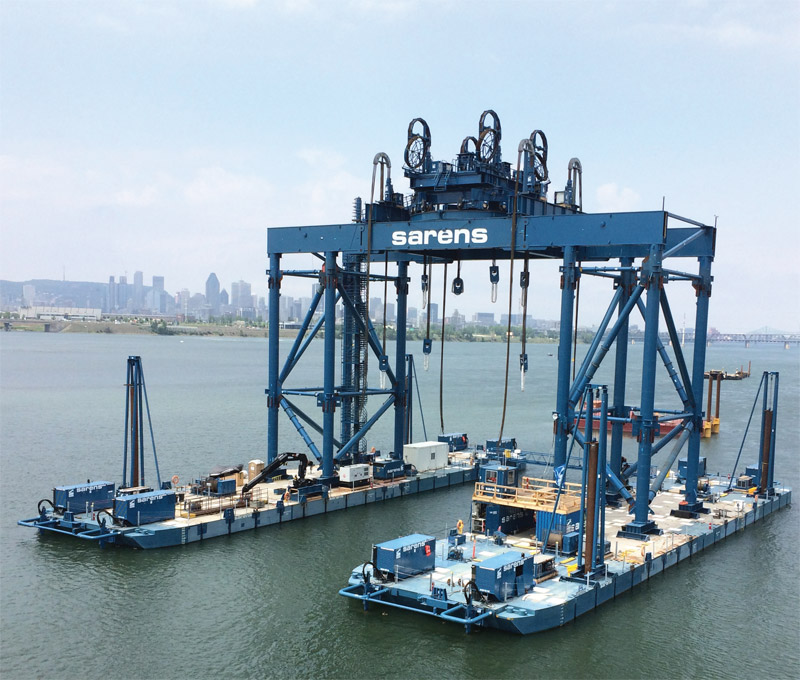