Chinese energy specialist CPIE is putting a fl eet of six of Grove’s unique GTK telescopic tower all terrains to work on wind-turbine jobs. China Power Equipment Installation Engineering (CPIE) has been using its Grove GTK1100 cranes to install wind turbines of up to 3MW in China.

The company has installed turbines able to produce 1,200MW over the past five years. CPIE is contracted to install more turbines in 2017, and expects the power capacity of turbines it has installed to rise to 1,500MW.

In line with a recent push in China to make more use of renewables like wind energy, CPIE has evolved into a company specialising in windturbine installation, and capable of providing a one-stop service for transportation, storage, and service and maintenance.

CPIE says it is the biggest owner of GTKs worldwide, having four GTK1100 and two GTK1100-1.

The GTK cranes have a self-erecting telescopic tower, mounted on an SPMT-style carrier, supporting the superstructure of an all-terrain crane, to allow for rapid set-up and lifting of heavy loads like nacelles.

The difference between the two models is that the GTK1100-1 has a stronger carrier and tower for higher lifting capacities. 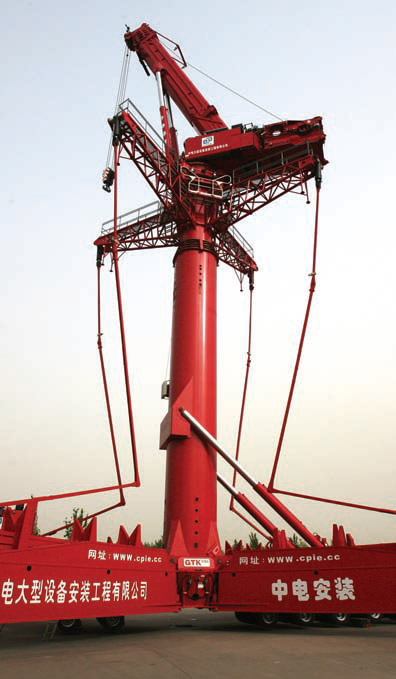 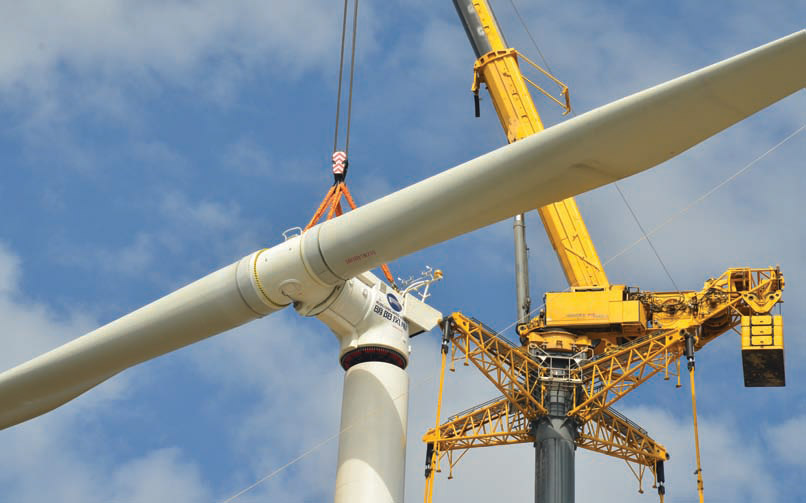 The GTK’s height and power allows a complete assembly to be placed on the top of a tower. 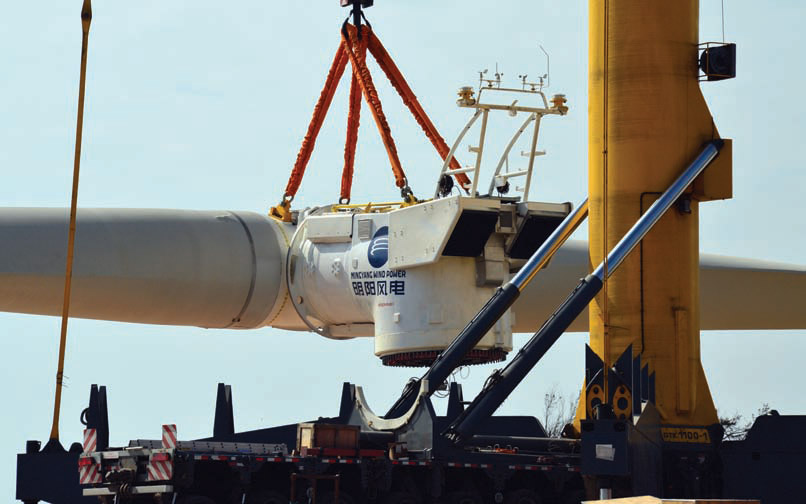 Raising a nacelle and blade assembly. 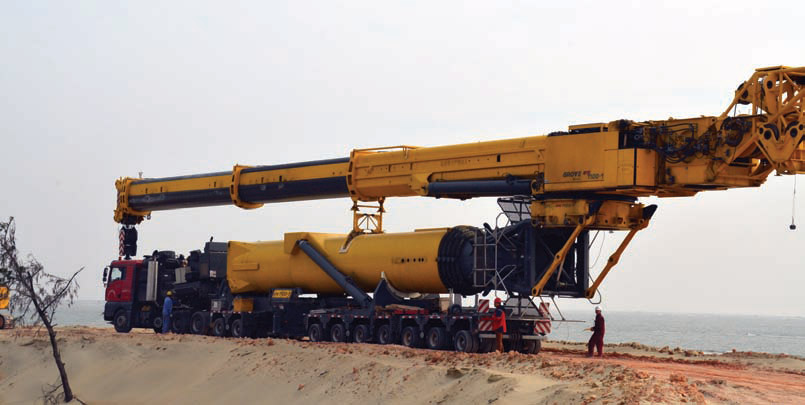