In our fleet: BKV

In 1979 Chris Deij formed Barneveldse Kraanverhuur B.V. (BKV). In 1998 the ownership was passed on to the four sons of Chris Deij: Daan, Dick, Henry and Albert. BKV B.V. currently has 23 cranes with a lifting capacity of between 40t and 750t. Daan Deij, the current MD, talks about the range of the company’s activities.

Each day our cranes work on different jobs. In the morning a colleague could be working on a building site, in the afternoon they are lifting a tree. One month we are building a windfarm, another we are lifting a huge ship.

BKV has broad experience, but also several specialties. For many years we've worked in the wind energy sector, building new turbines, providing service and maintenance and dismantling older units. BKV also lifts and installs huge concrete beams for flyovers and bridges. We do this work with our own installation teams, both hoisting and installing the beams. That's our slogan: 'BKV, more than just hoisting!'

BKV often works in industry, building sites, railways and placing cellars. Another specialty is lifting, transporting, and installing caravans, mobile homes and trailers. Our capacity is growing each year: we recently invested in a new 750t Liebherr LTM1750-9.1 crane which allows us to perform a greater variety of jobs. The LTM1750-9.1 almost doubles our capacity: our second biggest crane is an LTM1400-7.1. All our cranes are Liebherr or Terex.

Our jobs are located all over Holland, and more and more in Germany, Belgium and the UK. The fact that we often are working in wind energy affects our crane size. The new LTM1750-9.1 is particularly useful on jobs such as this. As our customers are always asking for more and more capacity to complete jobs we invested in this crane, we are always trying to be one step ahead.

In 2001, we moved into a new building at Nijkerkerweg 138, in Barneveld in the centre of The Netherlands. 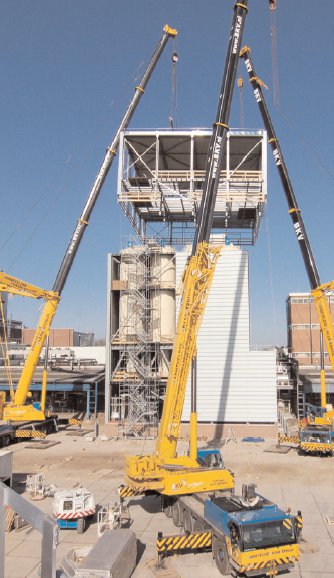 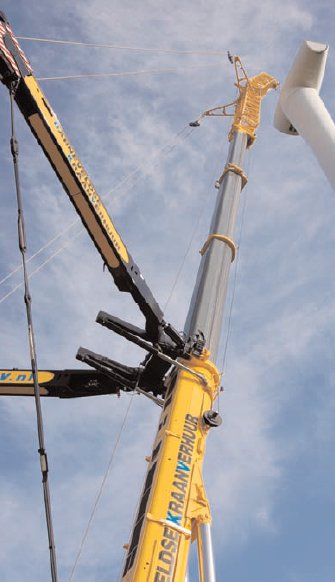