Jaso tower cranes are being used for the construction of the Helea Tower, a skyscraper with a unique design being built in Puebla, Mexico.

Designed by Mexican firm Bulnes Architects, the 36,000sqm building will comprise 33 levels and will reach a height of 142.5m. The 93 flats are arranged radially in a spiral shape, generating a 15° turn per level. This twist generates a double effect, by providing a 180° panoramic view of the city and allowing the flats to be partially suspended in the air.

The innovative design represented a significant challenge for crane company Espamex in terms of elevation. To carry out the project, the work is being executed in two phases.

During the first phase, the core of vertical circulations was built; a massive core based on reinforced concrete. In the second phase, the metallic structure, which will give life to the propellers that make this tower unique, will be reinforced.

Due to the characteristics of the core and its dimensions, it was not possible to install a crane inside the structure, therefore a J52NS hammerhead was chosen with a configuration of sections and bracing that allowed it to reach an underhook height of 150m.

With the core completed, a derrick crane with a capacity of 12t was installed. Together with the J52NS, it assisted in the mounting of a J240 hammerhead on a structure, specially designed to support the loads on the roof of the tower. 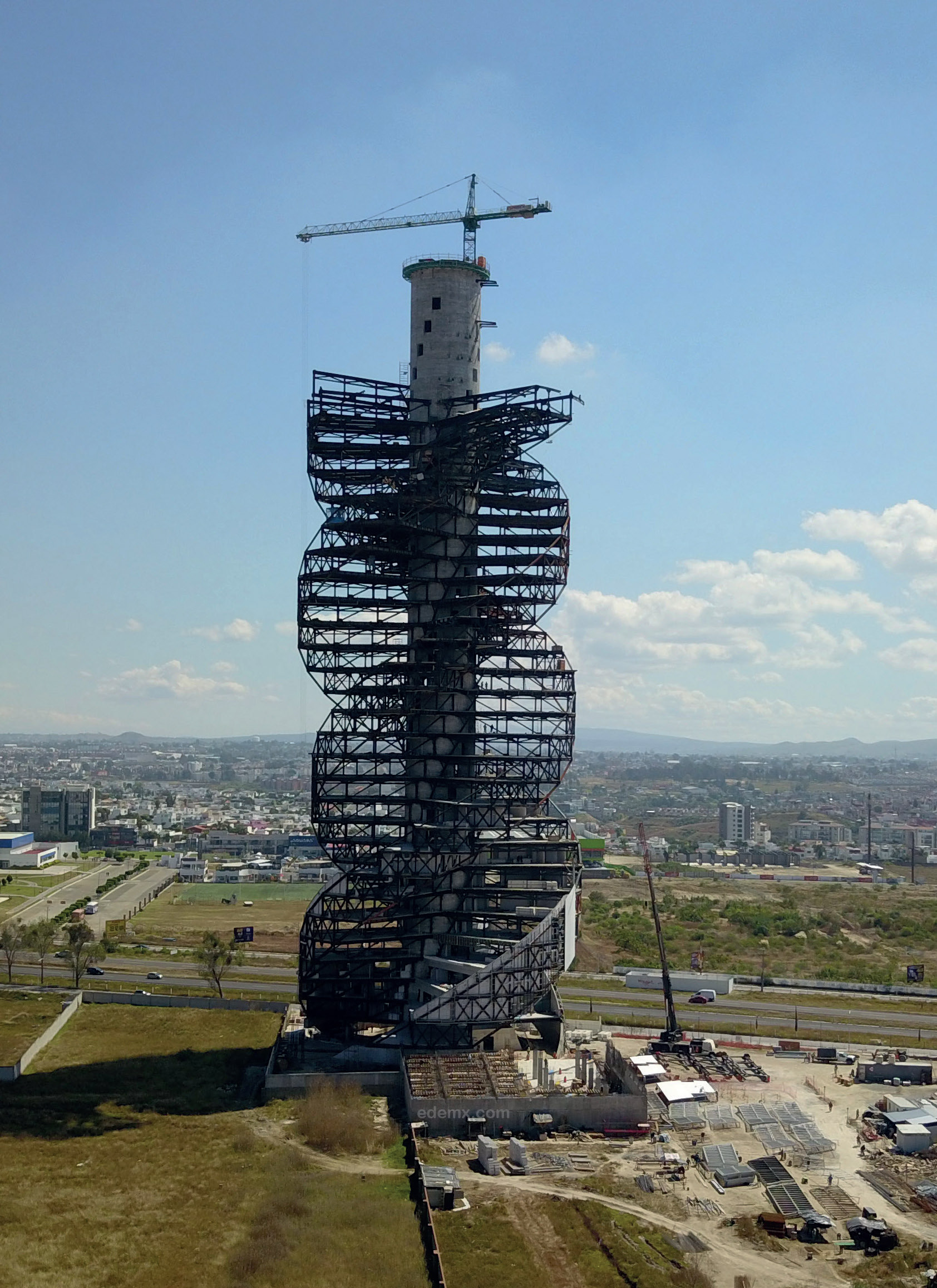 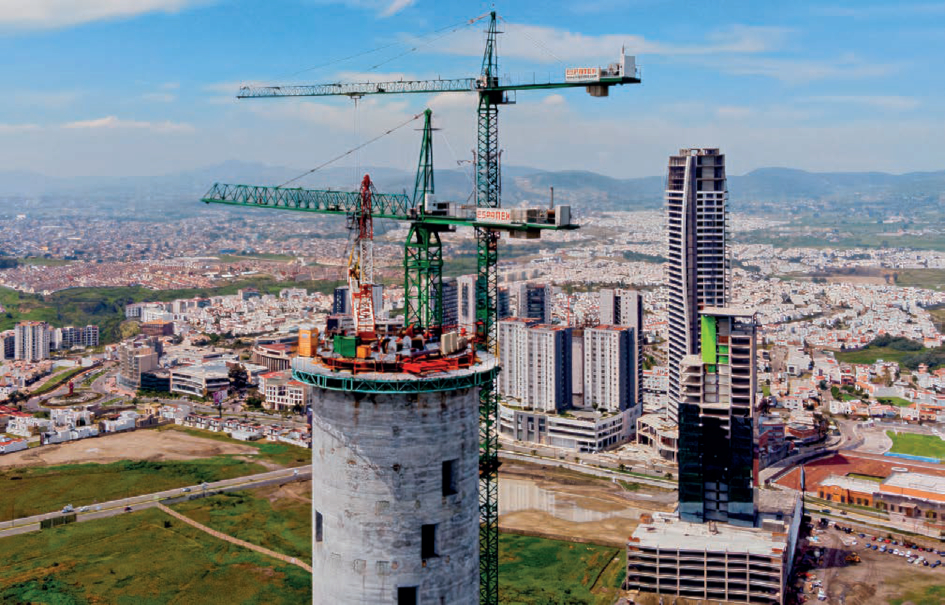