The new 432 Park Avenue in New York City currently stands as the tallest residential building in the Western Hemisphere. Earlier this spring Able Rigging Contractors (based in NY’s Long Island) was tasked with dismantling and lowering a Potain MR415 electric tower crane from the roof of this ‘supertall’ structure.

Because of very tight working conditions, a unique runway ramp was constructed on the roof to aid in the storage of the derrick's boom when it was not in service. The 100lb per sq ft capacity ramp was positioned at a 15ft cantilever off the building.

Once the derrick was constructed the Able team load-tested it prior to the MR415 recovery. The Potain's boom was removed and disassembled into 4 pieces, and then strategically lowered in a vertical position to 56th Street to allow for enough building clearance. The upper works were then removed and lowered. The crane's 14 tower sections were next. They were lifted out of the interior climbing collars and dunnage of the building in pairs, and then lowered to street level.

Almost all lifts were accomplished at a 70ft radius, allowing a 25ft clearance to the front of the building. For pieces with larger surface areas, Able used two 1,500ft taglines.

When empty lifts occurred, the team utilised 4,000lbs of overhaul weight together with a ball weighing 35US tons.

With the Potain now recovered, the Able team dismantled the derrick and transported it down via the building's hoist elevator.

"Lifts to the street were made in winds up to 15mph, with the derrick operating on the roof in winds up to 30mph," said LaChapelle. "We lost approximately five days due to high wind or rain with clouds and fog being a challenge."

Building the derrick took three days. It took two days to calibrate and load test its computer, and five days to recover the Potain MR415. A Tier 4 Cummins diesel engine was utilised for all hoist power modules. Controls and communication systems were installed in a repurposed tower crane cab customized by Able Rigging.

Able Rigging's client was Roger & Sons Concrete, Howard I. Shapiro Engineering Associates was the engineer of record, and the construction manager was Lend Lease Corp. 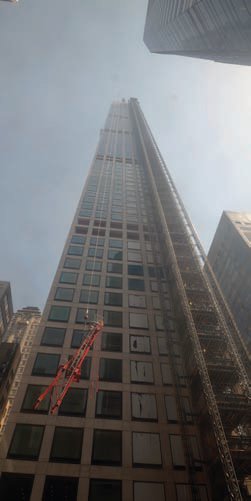 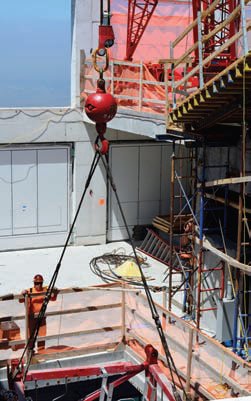 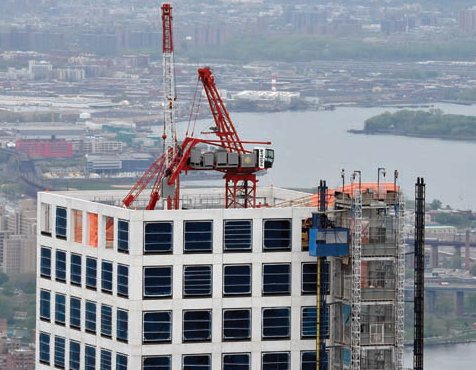 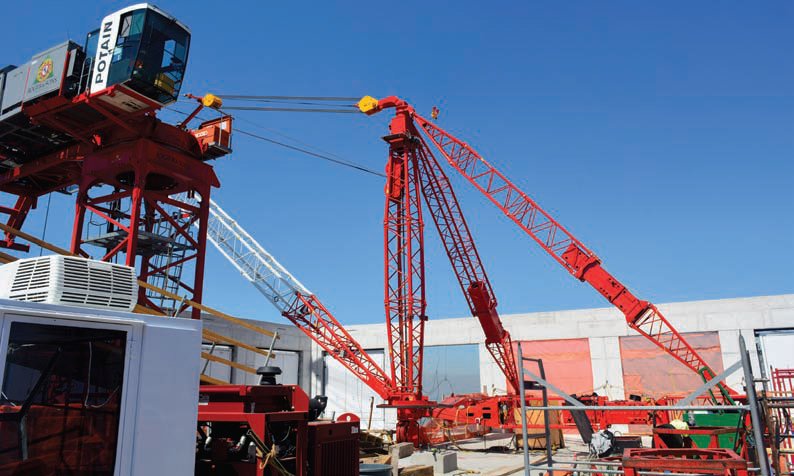 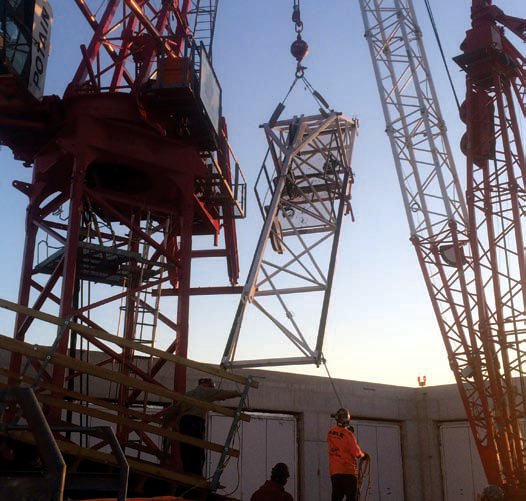