A Sennebogen 613 crawler crane transports itself along a steep and narrow route to a mountaintop job site in Switzerland.

The Swiss Alps must be a lovely place to live and work. Especially when your job is operating a Sennebogen 613 crawler crane to help modernise snow-making facilities at the mountain lake Lac des Vaux, southwest Switzerland.

The work, which will result in high quality, environmentally-friendly artificial snow for the Verbier ski area, is being carried out by Swiss crane rental company Consensa Rental.

The job site is at an elevation of over 2,500 metres. To reach it the crane was first transported by low loader to a ski-lift station. From there it drove itself on its all-terrain crawler tracks. The journey took four hours and involved a total elevation of 700 metres, via the summit of Les Attelas at 2,726 metres.

As well as being steep, with gradients of more than 20 degrees across some ski slopes, the route was narrow, under three metres, in places.

Once on site, the telescopic crawler, with its 18.8 m long main boom, was used for all lifting work for the modernisation of the facilities and renewal of the snow making system’s pumping station and pipeline network. The pumping station work involves formwork and concrete work while the pipeline renewal involves supplying the drilling pipes and lifting a 4.5 tonne microtunnelling machine out of its pit every evening. As the site conditions are tight the crane is often operated by remote control.

“With such narrow and steep environmental conditions as it is the case at this mountain site, there is virtually no alternative to the Sennebogen 613 R for crane work,” said Philipp von Dach, product manager at Consensa Rental. “The transport or rather the ‘climb’ to the construction site would also have been much more complicated with other cranes. Therefore, the choice quickly fell on the 15 tonne telescopic crawler." 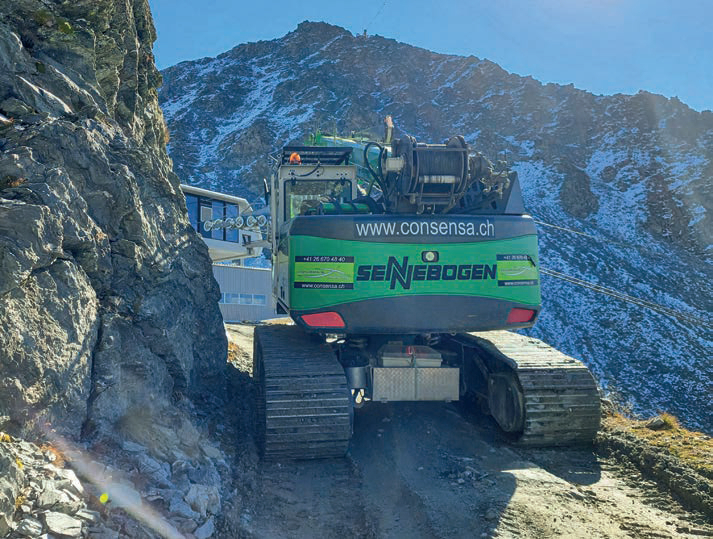 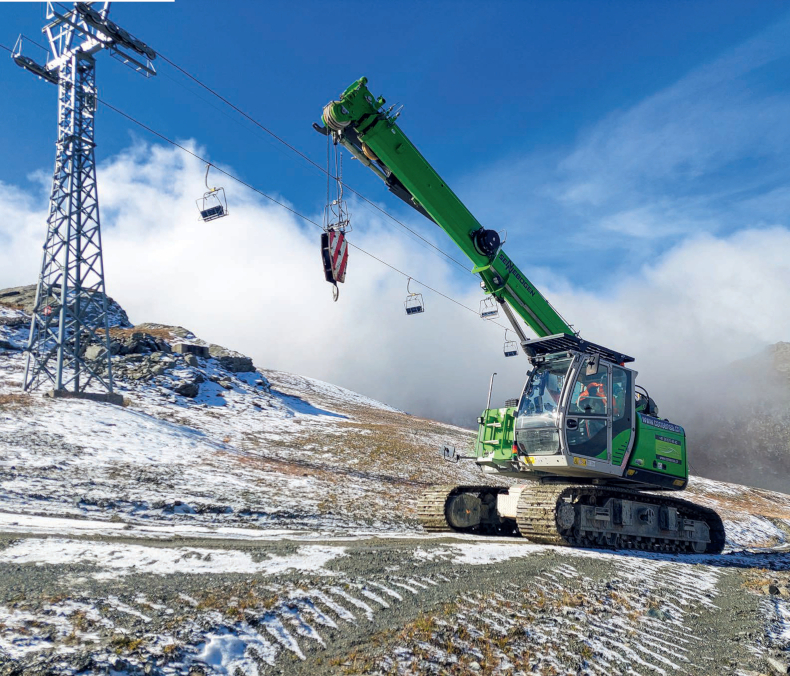