Claire Bélanger-Parker, executive director of the Crane Rental Association of Canada, provides an overview of the not-for-profit organisation, outlining its growth and some of the issues it is currently engaging with.

It was 1998, when a group of crane rental companies in Canada formed a strategic alliance and founded the Crane Rental Association of Canada (CRAC). From its humble beginning as a networking group the organisation has transitioned to a highly effective not-for-profit organisation. The steady transition is a case study for change management in a volatile world.

In 2012, CRAC began a review of the foundational material and set the organisation up for success. Step-by-step policies and procedures were developed, historical documents archived, and accounting policies and processes implemented as the Board of Directors slowly began working toward long-term strategies.

In 2017, in support of growth, the assembly voted to increase to the membership structure – a move which provided stability through the current worldwide pandemic. Along with an increase to membership fees the assembly also voted the most important change to date: to take on advocacy and representation for the crane rental industry at a national level and a regional level when help is needed.

Thus began the creation of the Boom Dolly Research Committee (BDRC) to address the weight and dimensions challenges restricting the movement of all terrain cranes in Western Canada, beginning with the Province of Alberta. With the leadership and investment of multiple companies, CRAC was quickly allotted 12,500 kg/axle for winter travel and prepared the ground to launch a two-year pilot project allowing AT cranes to travel boom over front with the following seasonal increases:

Then Covid changed the world and several stakeholders from both teams, CRAC and government representatives, left for various reasons. Even so, the pilot project was launched September 1, 2020, and regardless of the roadblocks necessitating an amendment, the pilot project will provide industry and government the data analysis required to make decisions on road and bridge infrastructure for years to come.

The education and understanding of the dynamic suspension and axle spacing of all terrain cranes is instrumental in working with government. Canada’s geological formation goes from rock, to clay, to sand even within a single province. In order to protect their infrastructure, these provinces are often sub-divided by regions with different gross vehicle weights, lengths, width and axle weights, not to mention the multiple challenges when entering city limits.

As the BDRC works with government officials in Alberta, another committee has been formed in British-Columbia. In the next six months, committees will begin working in the provinces of Saskatchewan and Manitoba.

Building the workforce of tomorrow is also at the heart of the organisation which has begun working on diversity, inclusivity, and equity issues. The number of baby-boomers approaching retirement will cripple the industry and without a strategic approach attracting the next generation of crane operators and trades will fail. Part of this initiative is to provide educational material and educational opportunity to member companies to better understand unknown biases toward gender, race, sexual orientation or identification and religion. The diversity, inclusivity, and equity committee is tasked with researching these issues faced by employers, recommending speakers and trainers for webinars and workshops and developing tools to assist smaller companies with their hiring processes.

In the continuum of workforce development, the Association is also launching the Indigenous Engagement Committee which will be tasked to support crane rental companies wishing to engage in partnership with indigenous communities or businesses, hire indigenous workers and improve their knowledge of treaty rights and develop a reconciliation strategy for their company. There are over 630 First Nation communities in Canada, which represent more than 50 nations and 50 indigenous languages. The coastal cities have nearly 600 years of co-habitations with First Nations but central Canada, less than 200 years. The learning opportunities for growth and business opportunities are limitless.

Another important file during Covid has been the development of the CRAC Standard Terms and Conditions, modelled from the European association for abnormal road transport and mobile crane rental industry (ESTA) and the launch of the Canadian Lift of the Year Awards, guided through the leadership of Crane Industry Council of Australia (CICA) which has a number of similarities with the Canadian crane industry. CRAC also collaborates with initiatives led by the Specialized Carriers & Rigging Association (SC&RA) in the USA.

As a member of the International Crane Stakeholders Assembly (ICSA), CRAC is committed to working on global issues impacting the crane industry. The wealth of knowledge and expertise shared during the ICSA meetings is a source of global best practices developed for the safety and growth of the industry and CRAC is honoured to contribute. 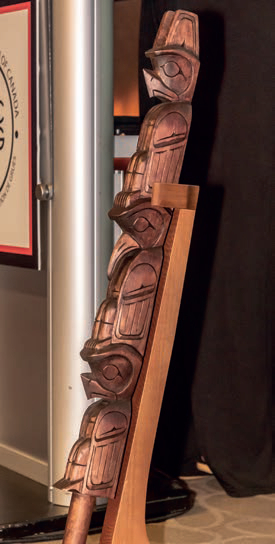 The Talking Stick is a symbolic item that CRAC’s chairperson has in their possession for a year until they, in turn, pass it on to the next leader, marking the passage of leadership from one chairperson to the next 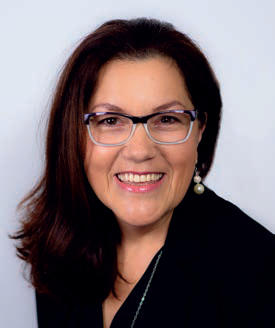 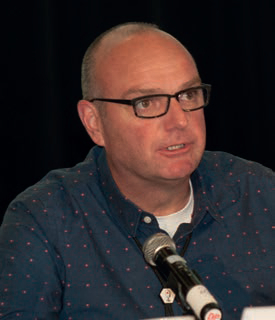 Gijs Verdeijen is CRAC’s current past chairperson. He is originally from The Netherlands and is VP of Mammoet Canada Western 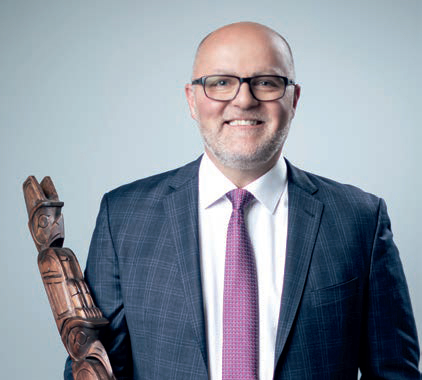