Project round up: Australasia

Darwin, Australia
Radius cranes used a Linden Comansa 21 LC750 flattop tower crane in the construction of an apartment block in Darwin, Australia. Mobile cranes, riggers and dogmen, from Radius all worked together on the project, assisted by a technician from the manufacturer in Spain. The crane was set up at 76.2m and later climbed over 100m.

Ballina, Australia
Universal Cranes completed the relocation of the Big Prawn in Ballina, Australia. The twenty five year old structure was an iconic local landmark and posed a unique and challenging lifting scenario. The structure was originally marked for demolition, but after campaigning by locals to save the icon, household hardware chain Bunnings stepped in to preserve and relocate it.

Universal Cranes was contracted to relocate the 33t Big Prawn 100m down the road onto new foundations built by construction firm De Luca, to clear the existing site for a Bunning's development. Boilermakers were engaged to cut four incisions in the 50mm concrete and weld certified lifting lugs into the main steel structure to evenly distribute the weight of the structure and prevent it collapsing.

Two 110t Manitowoc M12000 crawler cranes then lifted the structure while boilermakers cut the eight steel legs to free the Big Prawn from its existing foundations. The M12000 cranes then slowly moved the Big Prawn to its new resting place in around 30 minutes.

Port Moresby, Papua New Guinea
Pacific Rim Constructors (PRC) designed, manufactured and supplied an office for use on the construction of the LNG Jetty near Port Moresby, Papua New Guinea. The Foundations were precast concrete blocks set on level gravel surface. The client chose a longer building design with a corridor down the center for access to offices on either side. To achieve an earlier occupancy, PRC designed the building in two stages, with exterior fire door near the halfway point of the corridor. This allowed complete construction of 60% of the office with occupancy granted prior to finishing the remaining portion of the office.

Wellington, New Zealand
Morrow Equipment had one of its tower cranes dismantled by the historic Hikitia, the only working, floating, steam-powered, heavy lift crane left operating in the world, in Wellington, New Zealand. The task took place next to the Overseas Passenger Terminal on the Willis Bond/LT McGuinness new apartment block project in Oriental Bay. The old floating crane, which is 48.58m in length, has a 15.88m beam and 3.44m depth, made 18 lifts to dismantle the wharf based construction project. A sea based crane had to be used to dismantle the building site's tower crane as there was no room for one to be placed in position to do the job from the side of the wharf. The crane is still working 87 years after it steamed to Wellington via the Panama Canal. 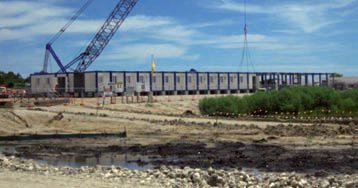 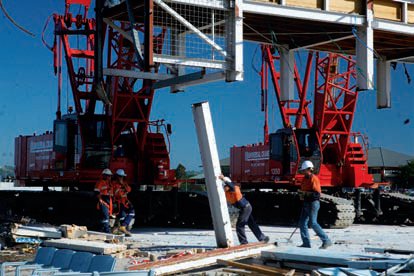 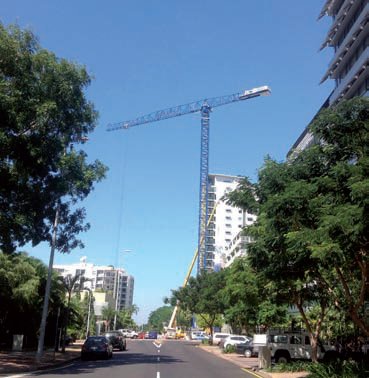 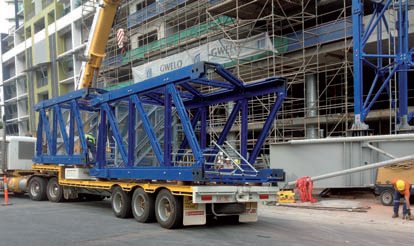 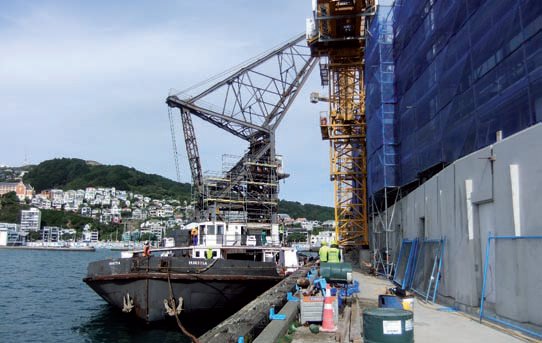