Over the past year, Rapid Response Solutions (RRS) oversaw the lifting and rigging of Magma Structures composite masts for a yacht in Portsmouth, UK.

The masts’ dimensions varied, and detailed information was limited at the end clients’ request. However, RRS said they were in the region of 60m in length and weighed approximately 30t.

Paul Barber, managing director at RRS, said: “Lift planning was extensive and involved hours of meetings with designers. The site is challenging in its layout and isn’t ideal for lifting and moving objects of this size. With all three masts varying in size, weight and centre of gravity, each lift had to be looked at completely separately.

“Because of the value of the loads the insurers wanted to be involved in the build-up of the lift plan to ensure all eventualities had been thought of and calculated.

Using our KranXpert lift plan software we were able to create a 3D plan and carry out a virtual lift in advance to prove the cranes’ suitability.”

The first step in the load out process was to lift the top of each mast with an 18t mini-crane from Valla and tow it out of the building using trollies; the Valla took approximately 7t of load.

The all terrain crane was waiting outside to load the masts onto transportation.

Below the hook, a Modulift MOD110 spreader beam was used at 14m. The beam had spare capacity but the size was needed to gain the spread required between the lift points, Barber explained.

Two 25t Straightpoint Loadlink plus load cells were used under the beam, connected to Straightpoint data logging software to monitor the loads being passed between the lifting points.

Each mast had already been lifted many times in the factory - masts were raised and lowered as supports were changed - but that was always with RRS’s Megalift that was used to lift in two positions independently. 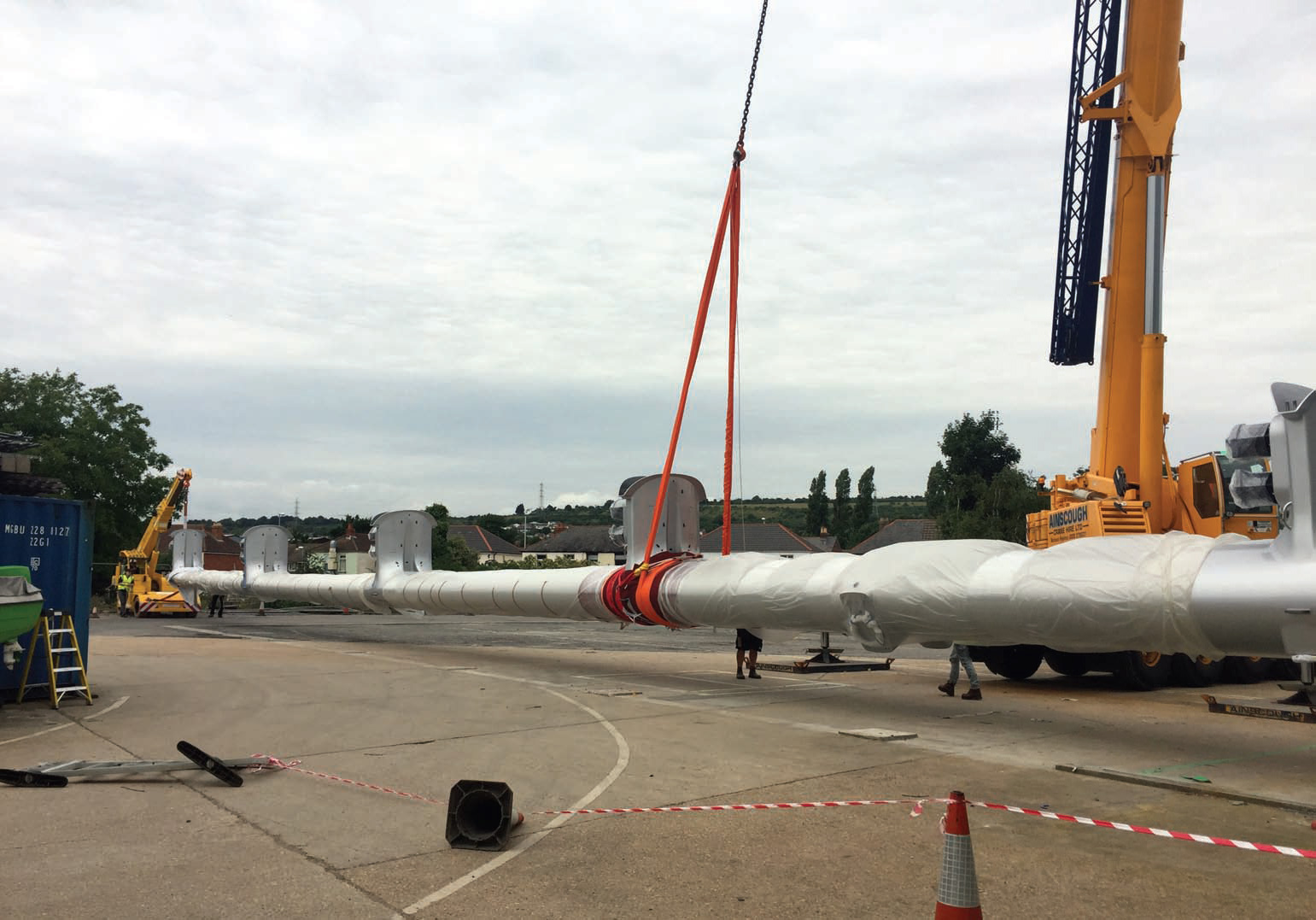 A 150t Liebherr from Ainscough lifts the first mast; Inset photo: An 18t mini-crane from Valla, with approximately 7t of load, tows the first mast out of Magma’s Trafalgar Wharf facility. 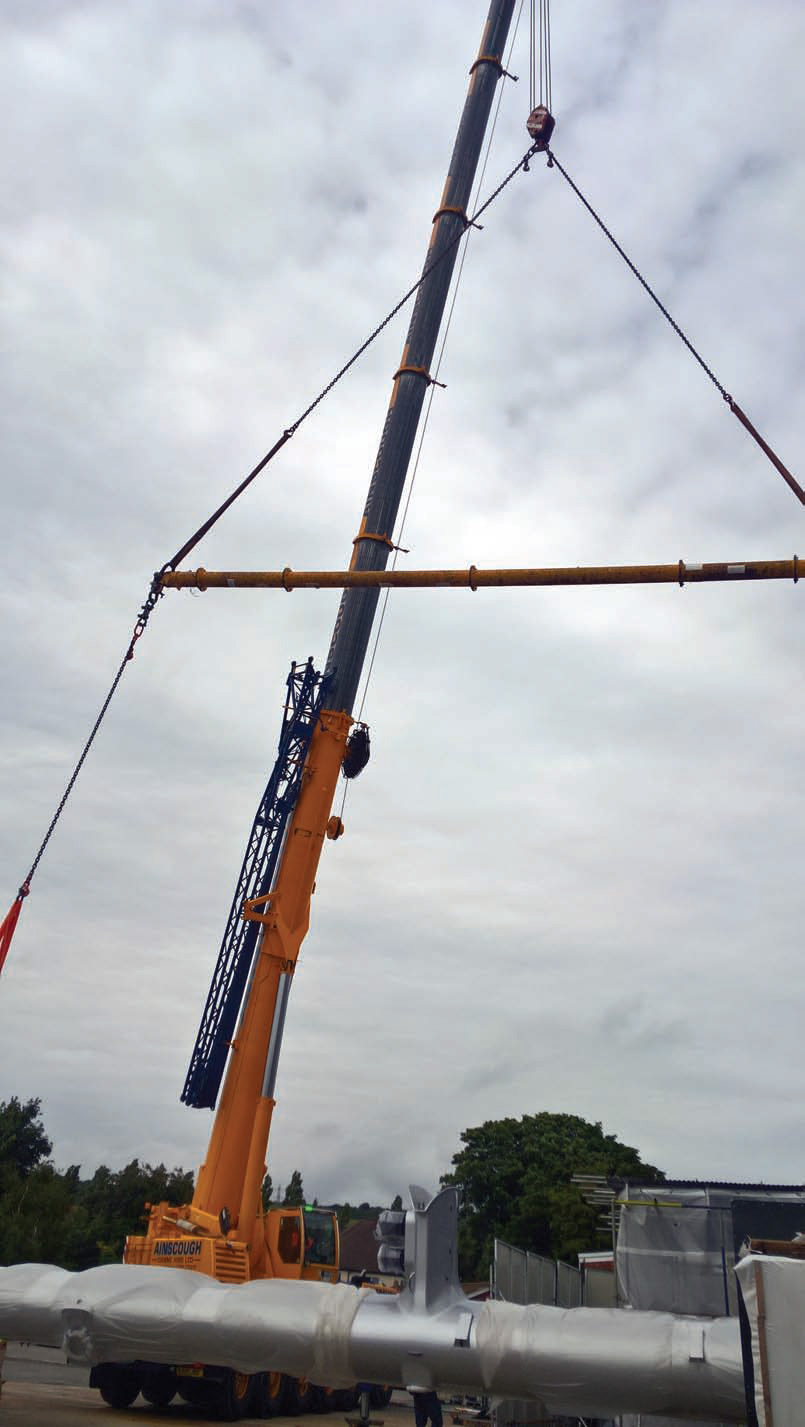 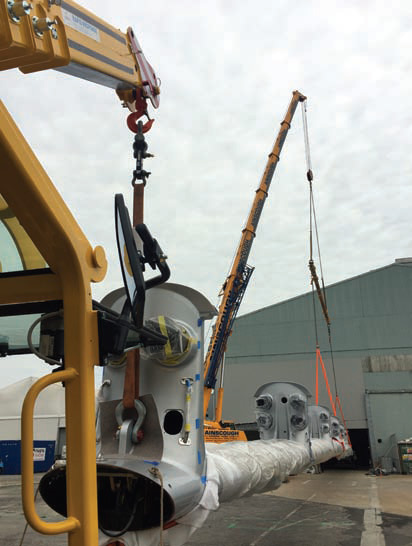