Those in the market for a new truck crane are spoilt for choice at the moment. Christian Shelton reports.

With the disruption caused by coronavirus (hopefully) coming to an end, manufacturers once again have the chance to show off their machines ‘in the metal’ now that restrictions regarding in-person shows are relaxing.

The two latest truck cranes to be launched on the market come courtesy of Kentucky, USA-headquartered crane manufacturer Link-Belt. The company used its triennial CraneFest customer event at the start of September to officially debut its 65 ton capacity (60 tonne) 65|HT and the 120 ton capacity (110 tonne) 120|HT.

Link-Belt says the releases are part of its fight-back against the market inertia caused by Covid and the company is hoping to sell large numbers of both units.

The higher capacity model, the four-axle 120|HT, can effectively compete with small capacity all terrains for work, claims Link-Belt. A key focus for the company, however, has been to increase comfort levels whilst driving between jobs. This has been achieved through the use of air-ride suspension and air disc brakes, which Link-Belt claims as a first for the tuck crane market. The suspension is designed to be light and durable, Link-Belt adds, and was developed following two years of collaboration with its suspension supplier Hendrickson International.

The crane comes with a new, wider single-occupant cab and Link-Belt aims to start shipping it by the end of this year.

The 65|HT has an all-new formed boom riding Link-Belt’s proven Teflon-impregnated wear pads, which means there’s no need to grease the boom – reducing the time and cost of upkeep, said Link-Belt.

Improved capacities over its predecessor are delivered through three optimised boom extend modes and an increase in maximum counterweight to 18,700 lbs (8.4 tonnes). Operator controls are available in either a dual or single axis configuration and have a fine metering feature for precise operation. The 65|HT features Link-Belt's Pulse crane operating system and is equipped with an EPA 2021 certified Cummins L9 engine that provides 260 hp (194 kW) at 2000 RPM.

A fully equipped 65|HT can reduce its transport weight to less than 29.4 tonnes (65,000 lbs) with all counterweight removed.

Earlier this year Japanese manufacturer Tadano launched two new truck cranes: the HK 4.050-1 and the HK 4.070-1, in the 50 and 70 tonne classes respectively.

Tadano highlights the cranes’ manoeuvrability as being a key area of focus. Both four-axle cranes have steered front and trailing axles, while the second and third axles are closer to the centre of the vehicle than standard axle configurations providing a two metre smaller turning radius than the crane’s predecessor models.

When it comes to the suspension, Tadano opted for a mix of rigid mechanical axles (for axles two and three) combined with air suspension for the three rear axles. It says this provides the cranes with good tractive force on the road and stability during travel.

Both truck cranes are Tadano’s only truck crane models to come with H-style outriggers. These require less space compared to swing-out ones and enable the chassis to be lifted higher, says Tadano. The outriggers on both models can also be positioned in an asymmetrical configuration. When being used like this the crane’s AML crane control software automatically determines its maximum lifting capacity.

Both models can be supplied with an additional trailer for transporting the maximum counterweight.

One crane rental company attracted by the HK 4.070-1 was Koblenz, Germany-based Castell- Autokran which bought one as part of its strategy to become futureproof. It plans to use the crane as an all-rounder with applications including installing prefab walls and taking on some work usually done by larger cranes. These applications, Tadano says, are aided by the inclusion of the H-style outriggers.

Castell has already used the crane for a tandem lift (along with the company’s Tadano ATF 100G-4) in a confined space at an industrial plant.

Castell-Autokran highlights the crane’s manoeuvrability as an important feature. “We do a lot of work in the region surrounding Koblenz, so we’re always driving in the massif formed by the Eifel, Hunsrück, Westerwald, and Taunus or in the Rhine and Moselle valleys,” explained company managing director Nils Prüfert. “That means we’re always dealing with tight and winding roads that some-times have some pretty extreme uphill slopes. The manoeuvrable HK 4.070-1 is simply perfect for this with its Volvo chassis.”

Returning to the USA, manufacturer Manitowoc launched two new National Crane truck-mounted hydraulic crane models — the NBT60XL and the NBT40-2 Series — in 2020. Due to Covid 19, however, neither crane has really had the chance to be seen at in-person tradeshows since their respective launches. To rectify this Manitowoc is using them as key cranes on its stand at the forthcoming Utility Expo in Louisville, Kentucky, USA, at the end of September.

According to Manitowoc, the NBT60XL boom truck is particularly well-suited for the utility sector, with its 46 m (15 ft) main boom, load chart capabilities, and practical transportability.

“The NBT60XL is taking on all competitors in the 60 ton (54.4 tonne) market,” said Michael Heinrich, vice president of sales for boom truck cranes at Manitowoc. “This machine features the best combination of boom length and load chart capacity and its short wheelbase, just under 45 ft (13.7 m), makes for convenient and less-costly roading.”

The NBT60XL has 16,000 lbs (7.2 tonnes) of hydraulically removable truck crane style counterweights. A trayless design allows for the counterweight slabs to be stacked in any order quickly and efficiently. The NBT60XL also comes standard with a ‘deluxe’ tilting cab (up to 20 degrees) with heated seat and a Bluetooth/AM/FM radio and speakers.

Also on display will be the new NBT45-2 boom truck, one of two models in the NBT40-2 Series. The crane is also offered in a 40-ton version.

Both the 40 and 45-ton (36 and 40 tonne) configurations offer 127 ft (39 m) and 142 ft (43 m), five-section boom options with load charts that have double digit percentage increases over predecessor models, with no change in gross vehicle weight.

Under Manitowoc’s Grove truck mounted portfolio, it has updated the engine on its 115-ton (104 tonne) capacity Grove TMS9000-2 resulting in an extra 25 bhp. Additional design changes have also been made to enhance operator comfort, reduce machine weight, and improve the setup process.

“We updated the Cummins engine from the ISX to the new X12 engine,” said JJ Grace, product manager for truck-mounted cranes, Manitowoc. “With the new engine we increased the horsepower to 475 bhp, while ensuring compliance with the latest on-highway emissions standards.”

Remaining in the USA, crane manufacturer Manitex, whose most recent truck mounted crane launch is the 65 ton base rating (60 tonne) TC65159, has posted positive second quarter figures for 2021, with net sales coming in at $60.0 million compared to $37.1 million in the second quarter of the previous year.

Relating this positive result to its truck mounted crane portfolio Steve Filipov, CEO of Manitex International, comments, “at over $2 million for the quarter, our adjusted net income from continuing operations is on pace to reach higher annualised levels than we’ve seen in recent years. We continue to gain share on knuckle booms and aerials in certain European markets such as Italy, France, Spain, and the UK, and our straight mast boom truck business is tracking to an industry-wide recovery from 2020, where we remain a market leader.”

With more truck crane launches to come as the world gets back into gear post-lockdown, the appetite for new models in the truck crane sector is encouraging.

And with truck cranes now competing for work traditionally done by larger, more expensive crane types, maybe the moment in the spotlight has finally arrived for this crane type. 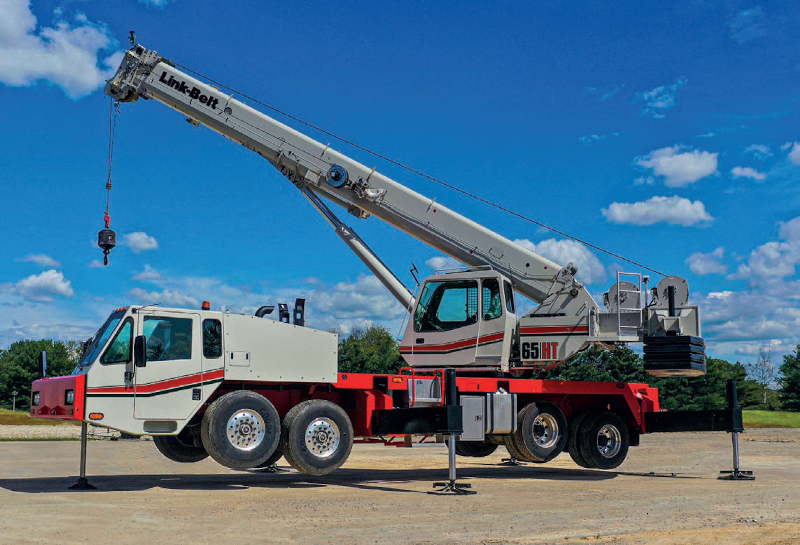 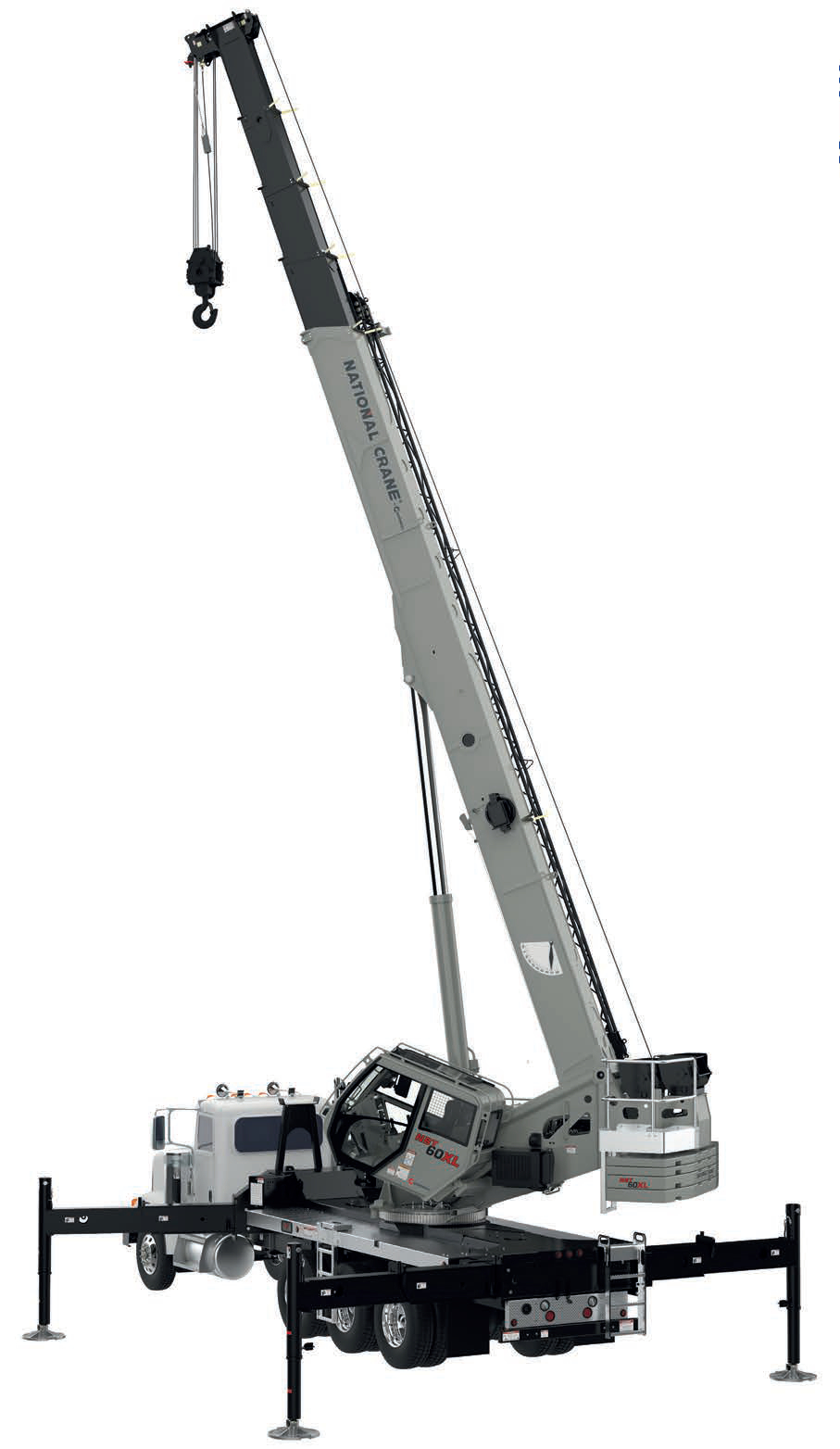 Manitowoc's NBT60XL is taking on all competitors in the 60 ton market, the company claims 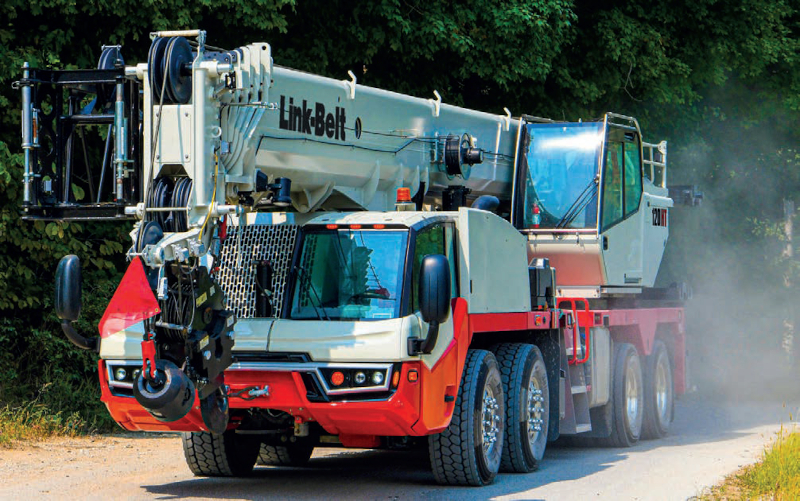 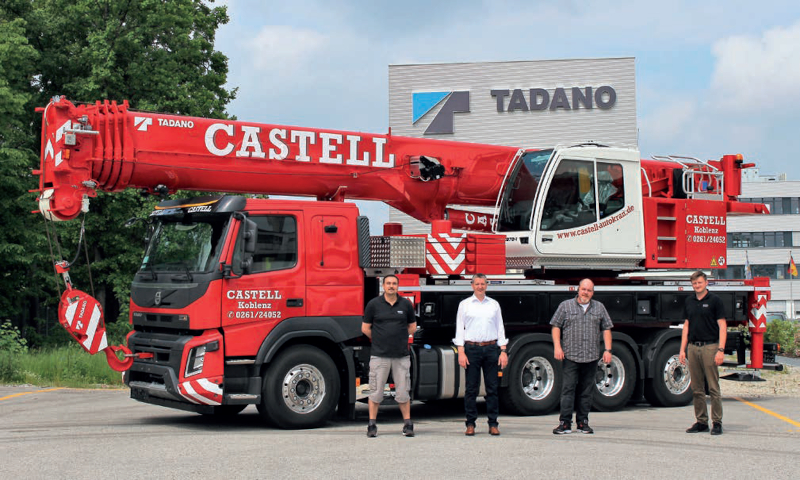 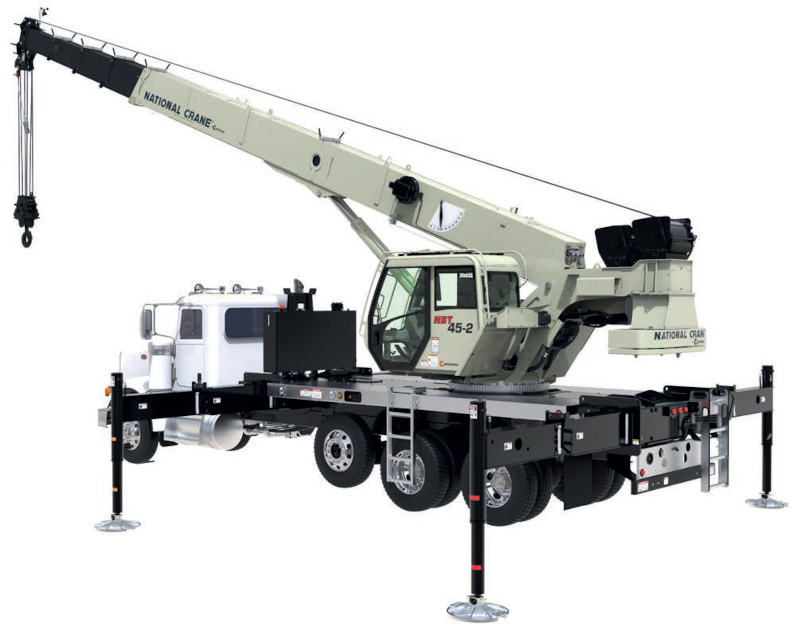 Manitowoc will be showcasing its NBT60XL and NBT45-2 (above) boom trucks at the Utility Expo in Kentucky, USA.