The need for cooperation across Europe has never been greater says Ton Klijn, Director of ESTA – the European Association of Abnormal Road Transport and Mobile Cranes.

We are working in extremely worrying and dangerous times.

The war in Ukraine, the pandemic, Brexit, the energy crisis and climate change all underline the challenging period we are living and working in.

But those difficulties emphasise more than ever the importance of European cooperation and mutual support.

When ESTA - the European Association of Abnormal Road Transport and Mobile Cranes - was formed in 1976, the simple starting point was the desire to improve conditions in the industry to the benefit of all, both ESTA's members and the industry's clients.

Our priorities then were safety, best practice and harmonising international standards, along with the related issues of efficiency and technological developments, especially those that impact our environmental performance.

And these remain our priorities today.

It is clear that for any of us to change our industry for the better we have to influence not just our colleagues but the industry's clients, our political leaders, and our regulators.

However, nobody will listen to any of us as individuals. You have to be part of a representative group - an association - to have any clout. And as an international industry, that means being part of an international organisation. Which is where ESTA comes in.

We lobby national governments and the European Commission, responding to proposed new policies and regulations, or lobbying for changes to existing rules.

And we identify critical issues within our industries and consider how to drive improvements - whether through best practice guides, special projects or in cooperation with other international organisations.

One current example is ESTA's response to a clause in the proposed new European Machinery Regulations that would require all mobile machinery to be designed to prevent contact with overhead power lines or where the risk cannot be avoided, designed to ensure that all hazards “of an electrical nature” are prevented.

We will support any practical measures to improve safety, but such requirements are impossible to deliver and we are making that plain to the European regulatory authorities and supporting the complaints from our colleagues among the crane manufacturers.

The current version of the proposed regulations states: “When the risk of contact or electric arc with an energised overhead power line to the persons operating machinery incurred by the contact cannot be fully avoided, mobile machinery or related product shall be designed and constructed so as to prevent any electrical hazards in the event of contact with an energised power line.”

But neither remote control of mobile cranes, their isolation, nor grounding of the equipment as a whole can prevent all hazards when contacting electrical power lines or arcing and using the cabin as shelter would require blocking the doors in case of contact to power lines or arcing, which in itself bears the risk that persons could not leave the cabin in case of subsequent fire.

Separately, we have also been voicing our concerns to the German government over their policy for heavy transports to be carried by rail and water - a policy that may be good in theory but is completely impractical and will raises costs substantially - along with its controversial reform of its VEMAGS permit system.

VEMAGS is the German online system for the application and approval for oversized and heavy transports in all 16 federal states. Our members and their clients say the new rules are leading to increased costs, unnecessary bureaucracy and greater delays. We and other organisations have requested changes and are currently awaiting a response from the authorities.

When ESTA's members identify a major issue of concern, the association often forms special working groups to analyse the problem in depth and if appropriate produce a new Best Practice Guide.

These groups are a great example of the value of ESTA's work - people from inside the industry, who understand it well, coming together to shed light on, and hopefully solve, a problem for the benefit of everyone.

In recent times, this process has produced two well-received best practice guides, one on SPMTs and the other on the safe transport and installation of onshore wind turbines. Both guides are now in the process of being expanded and updated.

But by far the biggest and most ambition project undertaken by ESTA to date has been the creation of the European Crane Operators Licence.

The story began nine years ago, in 2013, when ESTA took the initiative to investigate whether and how a European craft proficiency certificate for crane operators could be established.

The problem was the huge variation in standards of operator training across Europe and growing concerns expressed by the crane manufacturers about declining crane operator skills and competences along with growing concern among crane rental companies at the shortage of operators.

These different standards cause confusion, have a negative impact on safety and prevent the mobility of operators in Europe to the detriment of both their employers and the operators themselves

For this reason, ESTA committed itself to developing a new system to raise overall crane operator skills and to produce safe and qualified crane operators throughout Europe.

In December 2019, just before Covid struck, ESTA received the news that ECOL had been approved by the European Qualifications Framework (EQF).

This was a huge moment as it meant that ECOL was now an officially recognised European training standard for mobile crane operators. In short, EQF backing is evidence of the professionalism and high standards underpinning this project.

Since then, ECOL has slowly but steadily been making progress. That progress is slower than we would wish, but ECOL is gradually putting down roots across Europe.

At the time of writing, authorities in Belgium, Denmark, The Netherlands, and British Columbia in Canada have agreed to recognise ECOL. This means that ECOL-qualified operators will be able to work in all those territories without further training or testing.

ECOL's online examination system is now up and running in three languages – English, Dutch and Danish. A German version will be available soon.

ECOL has certified examination institutes in The Netherlands, Germany, and Denmark and over 70 operators have been ECOLqualified to date.

There is no doubt in the minds of ESTA and the crane manufacturers that ECOL will make our European industry safer and more efficient.

It is also worth stressing that the overwhelming majority of crane industry incidents are caused by operator error and not mechanical failure, which underlines why training standards and initiatives such as ECOL are fundamentally important.

But to really make a difference in the long term, we need:

Those clients and contractors who have dealt with ECOL have been very supportive of the project from the beginning.

One site manager from the wind energy industry said: "We have to be honest. There are currently people out there who are operating a crane who should not be. As a client, often you do not have a clue who is sitting in the crane. ECOL is a tremendous step forward and could improve safety a lot"

A heavy lift manager in the petrochemical industry said: "As an industry client, we have long struggled with the problem of judging whether a crane operator is truly qualified - and qualified to do what."

ECOL is extremely valuable in itself but it is also symbolic of ESTA's work to harmonise standards across Europe.

The inefficiencies in our current fragmented market is palpable. In 2019, the combined turnover of the mobile crane and abnormal transport industries in Europe was estimated at €24 billion annually. But an estimated €500 million - a huge amount - is spent annually on applying for, obtaining, and complying with the provisions of exceptional transport permits.

As one user told ESTA recently: "The politicians talk about the single market. But in sectors such as ours, it really only exists in theory."

It goes without saying that all of the issues above are in danger of being over-shadowed by the fall-out from the tragic war in Ukraine, and its wider economic and social impacts.

But whatever happens, for the moment the message is simple. In Europe, together we are stronger. It is something we forget at our peril. 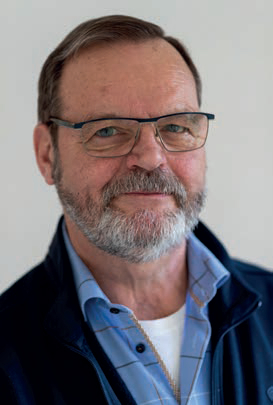 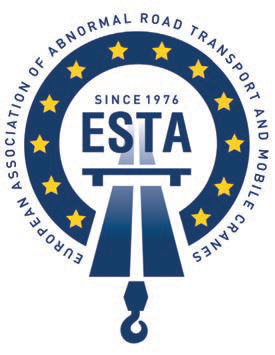 ESTA’s well received Best Practice Guide for transport and installation of onshore WTG systems, and another on SPMTs, are being expanded and updated.

Around €500 million is spent annually on applying for, obtaining, and complying with the provisions of exceptional transport permits.