Goldhofer’s Innovation Days customer event this year gave the company a chance to show off new products, including a new 60t SPMT, a transporter with an expanding wheel base, a new axle system for its semi-trailers, and the firth of its Faktor 5 bridge girders. Will North reports from the event.

The star of Goldhofer's rock-themed customer day was the fifth of Faktor 5 bridge girders, driven into the presentation area in a cloud of red smoke, and carrying a guitarist.

The event, stretching over three nights, attracted Goldhofer customers from around the world. Stefan Fuchs, CEO of Goldhofer, said, "What makes me very proud, is we had 500 people here yesterday, 500 today, and a warm up party for 200 on Wednesday. We've had guests from 36 countries from all over the world, including Singapore, Russia, the US, Philippines. It's a very good signal that we have something interesting to show, if people are taking five days to come from Singapore."

Fuchs explains that the MPA (MacPherson Axle) system is designed to simplify axle technology, improving reliability and reducing maintenance demand. He says "The MPA has only three parts. First, the wheel carrier designed by BPW. You'll be able to get the brakes, and other parts for it, all over the world. The wheel carrier is exclusive to Goldhofer, very unlikely to be copied.

"The next part is the hydraulic jack. We wanted to make independent suspension better. We tested it, and found the only part we could break was the truck, the axle was not broken.

"This technology breakthrough means that now 60% of our sales are MPA. We started only a year ago, making two-to-six axles for the semi-trailers. Now we are integrating it on the low bed, the next step will be on our combination systems.

"When we're extending the MPA technology to other products, there are no major changes to these products, but we will have to change the steering system.

This will take a little time, but there is demand from the market for this. The STFP with ball bearing suspension is 840mm high; here, we have a 720mm height.

"With the independent suspension with the long arms, it gives very good side stability, it feels very comfortable and safe for driver.

We can increase the axle spacing 1.5m, which makes the European guys very happy. Its capacity is up 20%, with a high safety factor. It offers a lifetime of 20 years. "Investment in the MPA is a little higher than air or hydraulic suspension. But, you get around 20% more payload on axle, so if you compare payload vs price, it's cheaper. As you have no greasing points, maintenance is cheaper. The future is MPA."

A new approach to SPMTs
Goldhofer's next innovation was a series of new heavy duty SPMTs, with capacities of up to 60t on the PST/ES-E 5 on show. These mark not only an increase in capacity, but a step change in SPMT design.

Fuchs says, "SPMT technology is about 30-years-old now. In this time, the design has not include new tyre technology or higher grade steel. Our philosophy is that we respect the competition, we not want to copy competition. We want something improved. We offer better capacity, steering angle, and side stability.

"But, 30 years ago, there weren't tyres like those we have now available. In our system, we have no flat tyres, because in our design we use the ribbed form. The tyres are also cheaper. A tyre like this, without ribs, is maybe €600, our tyres are €300. You can buy the tyres easily anywhere in the world. I think, a tyre like this, is a huge advantage, if you count the investment for the tyres and the downtime."

In Europe, a major market for SPMTs and trailers remains transport of wind turbine components. At the event, Goldhofer showed both its wind blade lifter, and its telescopic trailer.

There's been questions raised about the prospects of the European wind energy market, as some governments cut subsidies to wind farms. However, Fuchs says, the global market, and the location of new wind farms in Europe, will continue to drive demand.

He says, "Our main business for the telescopic trailer is the wind energy market. Germany is covered with wind farms. But our main business is working with the turbine producers. They're bringing the blades to the ships for transport to the US and so on. There are very many wind energy projects around, even if not in Germany, so transportation is always necessary.

"With the lifting device, you can bring wind blade to places where there is a lot of wind but where you couldn't reach because you had to cut through trees or put in a new road. Now, you can take it to the top of the mountain."

With the new SPMTs and axles, along with the third innovation, the Faktor 5 girderframe described above, Goldhofer sees a promising future. Fuchs says, "We are in a segment where we cover the upper end of the market, we want to have quality and technology leadership. We could build cheaper, but then it's not a Goldhofer. We're always looking for the long term, high residual values, high availability, we always try to sell a solution not just a product. For the customer, to buy cheaper, can many times mean to buy twice.

"New markets are always picking up where infrastructure will be built. A few years ago we sold nothing in India, and then last year we sold 20% of our production to India. But, it is up and down.

Now, the main market is the USA, Australia is very good, and now India may pick up again because they have a new government.

"Last year, we delivered in 70 countries over the world. Next, maybe, will be Africa."

The Champions League of heavy haulage
Goldhofer handed over its fifth Faktor 5 bridge girder to Allelys, based in the UK.

Company directors David and Peter Allely chose the name Hector for their high girder bridge, which has a deadweight of 100t and a payload-to-deadweight ratio of 5:1.

Handing over the system to the Allelys, Fuchs said, "That puts Allely's Heavy Haulage in the Champions League in the field of heavy haulage. Faktor 5 is now an established player in the high-end league of the heavy haulage market."

Allelys was founded in 1959 by Maurice Allely, and is now one of the largest transportation and specialist project companies in the UK. Based in Warwickshire, at the heart of the nation's motorway network it is well placed to service the country's transportation needs.

The company covers all aspects of transport, from pallet moves, through hiring 40ft trailers, Whether the requirement to moving the locomotives and rolling stock or dismantling and moving press lines and manufacturing facilities. The company's general haulage, heavy haulage and installations divisions are supplemented by Allelys' project division.

"The purchase of Goldhofer's latest "Factor 5" frame gives Allelys the capability of transporting loads of up to 500t upon the UK's public roads. It had the capacity that we required, plus we always work with Goldhofer, as in our opinion it is the best in the world. " 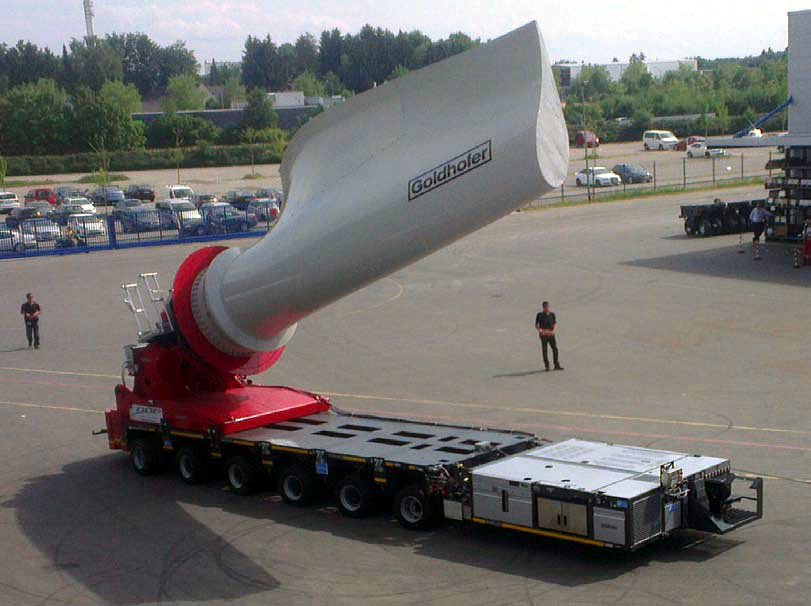 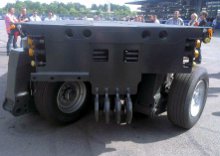 Goldhofer’s adjustable width axle system keeps modules narrow enough to be packed into a container, but allows the axles to be rotated to increase the width of the wheelbase and improve stability 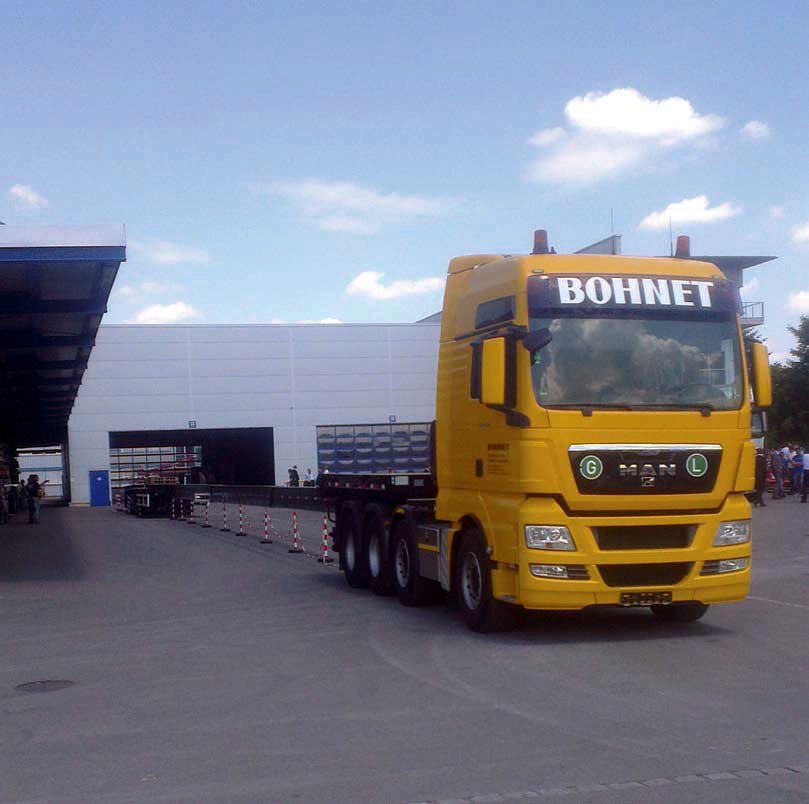 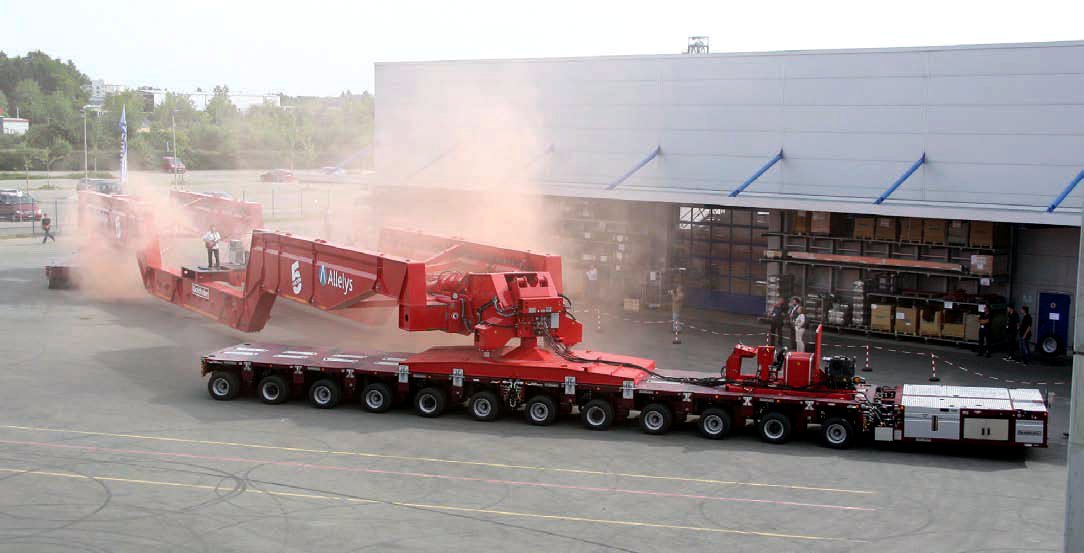 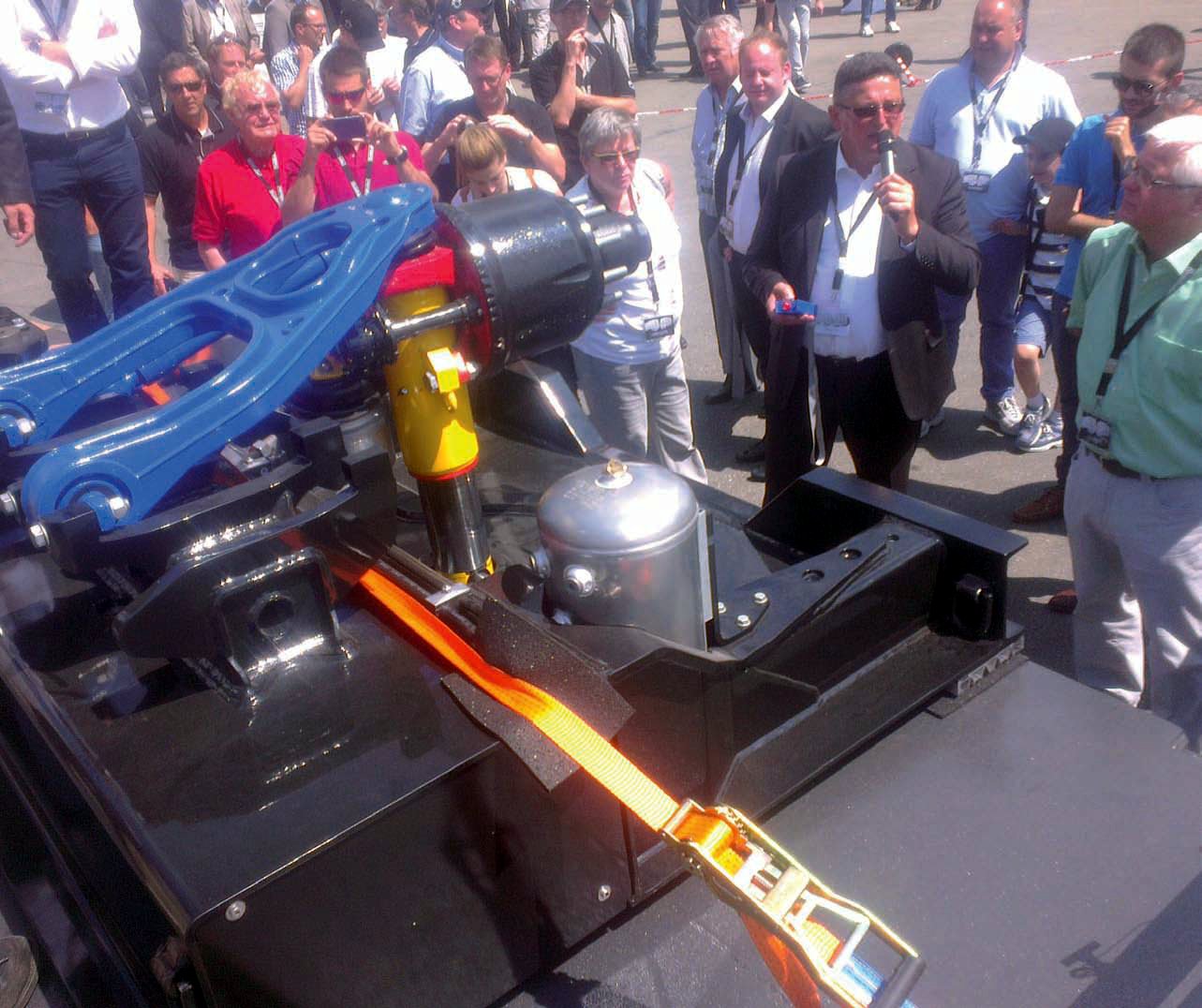