Saudi Arabia-based crane rental firm Arabian Consolidated Trading (ACT) has expanded its fleet with the first Liebherr LTM 1650-8.1 all terrain crane in the country. The company previously reported positive experiences with its predecessor model, the Liebherr LTM 1500-8.1. "The LTM 1500-8.1 is a proven crane within the ACT Group that has also impressed our customers," says Hassan Mohammed Rashid Al-Naimi, founder and president of ACT.

The new LTM 1650-8.1 outperforms its predecessor by 15 to 50 per cent in terms of load capacity – depending on the equipment. "We wanted to have Saudi Arabia's first LTM 1650-8.1,” explains Al-Naimi. “ACT has always been a pioneer and has set standards in the crane business in Saudi Arabia. And we have now done this once again with the new 700-tonne crane."

In line with company policy, ACT bought the full equipment package, including two telescopic boom lengths: 54 and 80 metres. To switch between them only the corresponding telescopic sections must be changed rather than the entire boom. This allows the advantages of both boom variants to be exploited, says Liebherr.

The 80-metre boom offers large hoist heights and radii, making ACT's new 700-tonne crane suitable for jobs that fall between the capabilities of the LTM 1500-8.1 and the LTM 11200-9.1. The 54-metre telescopic boom offers advantages in terms of mobility, allowing the crane to travel on the road with the front supports and a 12-tonne axle load.

To minimise the set-up time the rear supports are installed as complete support boxes in a single hoist and connected using quick couplings. "We need a fast crane, a so-called taxi crane. The LTM 1650-8.1 is easy to mobilise. This is important for emergency maintenance work in the refineries where we only have four hours to set up for shutdown work. The new 700-tonne crane is the best choice here," concludes Al-Naimi.

ACT operates 238 cranes, 180 of which were manufactured by Liebherr – which it has been buying since 1987. Headquartered in Jubail, the company has offices in Dubai, Riyadh, Dammam and Yanbu and employs a total of 1,000 people. The company's focus is on crane rental and operations in refinery maintenance and decommissioning. 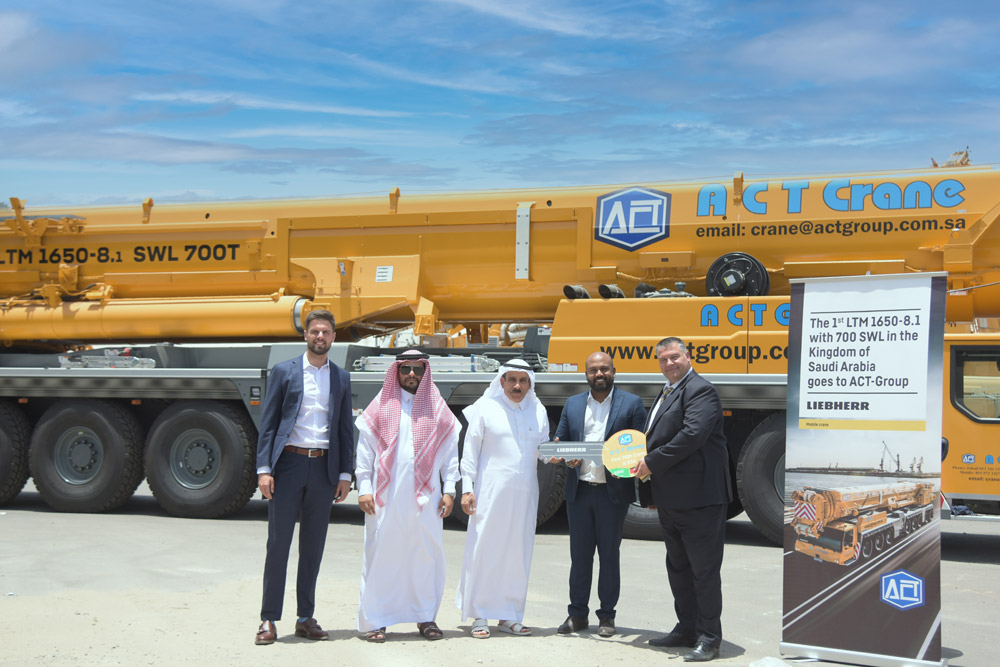