The new trucks will also enable the company’s operatives to take advantage of the HVO (Hydrogenated Vegetable Oil) fuel bunkers present at all depots following the company’s recent switch to HVO.

The vehicles have electric plugs which can be utilised while idle at depots and certain customer sites, further increasing Ainscough’s fuel efficiency. The team also worked with Scania to relocate toolbox positions, allowing for easy roadside access to the trucks, reducing need for manual handling and associated risks.

As the trucks run on single fuel tanks, Scania was able to add additional storage space where the second fuel tank previously sat. The space allows drivers to stow away PPE and safety gear as opposed to carrying it with them in the cab.

Drivers of the new trucks will have access to a tyre pressure monitoring system which allows the observing of both axles, along with tyre temperature, brake temperature and the security of the wheel nuts. This system means any issues with the truck can be rectified before leaving a site or depot.

The interior of the truck has a flat floor, giving the driver maximum freedom of movement as they transition from driving to resting to sleeping – for which there is a reclining seat and extendable 1,000mm bed. Going that extra step to provide home comforts for the team, the new vehicles all include an integrated fridge freezer along with other basic essentials.

Chris Britton, general manager for heavy cranes and transport at Ainscough Crane Hire, said, “The main difference we have with this model is that we have a single fuel tank, because we can now take advantage of the HVO bunkers at all of our depots across the United Kingdom.

“In conjunction with Scania we have made certain adaptations to this model. We’ve changed the layout of our toolboxes so that we can access equipment and kit from the roadside, reducing manual handling and working at height risks.

“All of these upgrades that we’ve had to this Scania 660 SXT model, in conjunction with the upgrades to the living and working area both inside and outside of the truck, means an enhanced working environment for our staff and an improved service for Ainscough customers, as well as helping us achieve our goal of becoming carbon neutral.”

Ainscough anticipates that the adoption of HVO will result in a further CO2 reduction of up to 90%, saving in excess of 14,000 tonnes of CO2 per year. An additional 5% reduction has been achieved through wider energy saving initiatives with the residual circa 5% met via the use of UK based residual carbon offsetting. 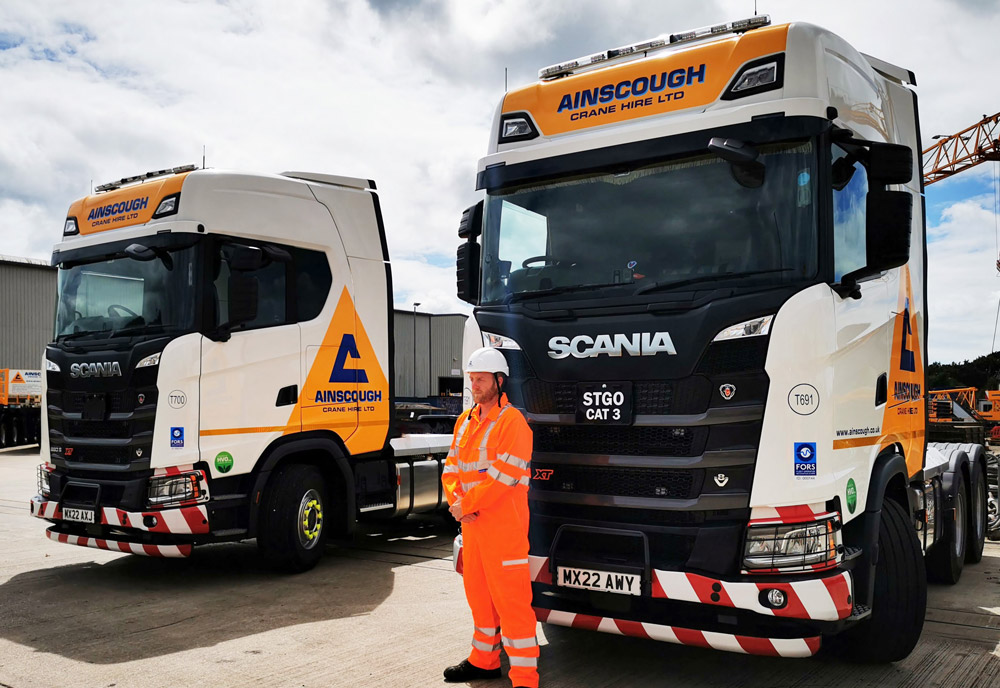