Al Faris first off-loaded the overflow tanks, which were 52m long and 235t, and stored them on customised stools fabricated in-house by Al Faris at Jebel Ali Port. Due to time limitations and high volume storage at the port, extensive planning was required to reduce execution time.

The size and weight of the tanks presented challenges in terms of onroad transportation. Al Faris said the biggest challenge was to find a feasible route from Jebel Ali Port to the solar park.

The route was analysed and surveyed by the company’s technical team. Significant road modifications, diversions and managing temporary traffic routes were also a requirement in order to carry out this project successfully. Bypass roads were made temporarily, in order to avoid the overhead height restrictions in the transportation route.

“Our team of engineers and technicians carried out the operation smoothly with utmost safety and efficiency with all approvals and safety measures in place and the help of police escort vehicles,” said Al Faris.

At the project site, the overflow tanks were lifted using Al Faris’s Liebherr 400t LR 1400/2 crawler crane, alongside other supporting mobile cranes, which travelled a distance of more than 100m before placing the load on the foundation. 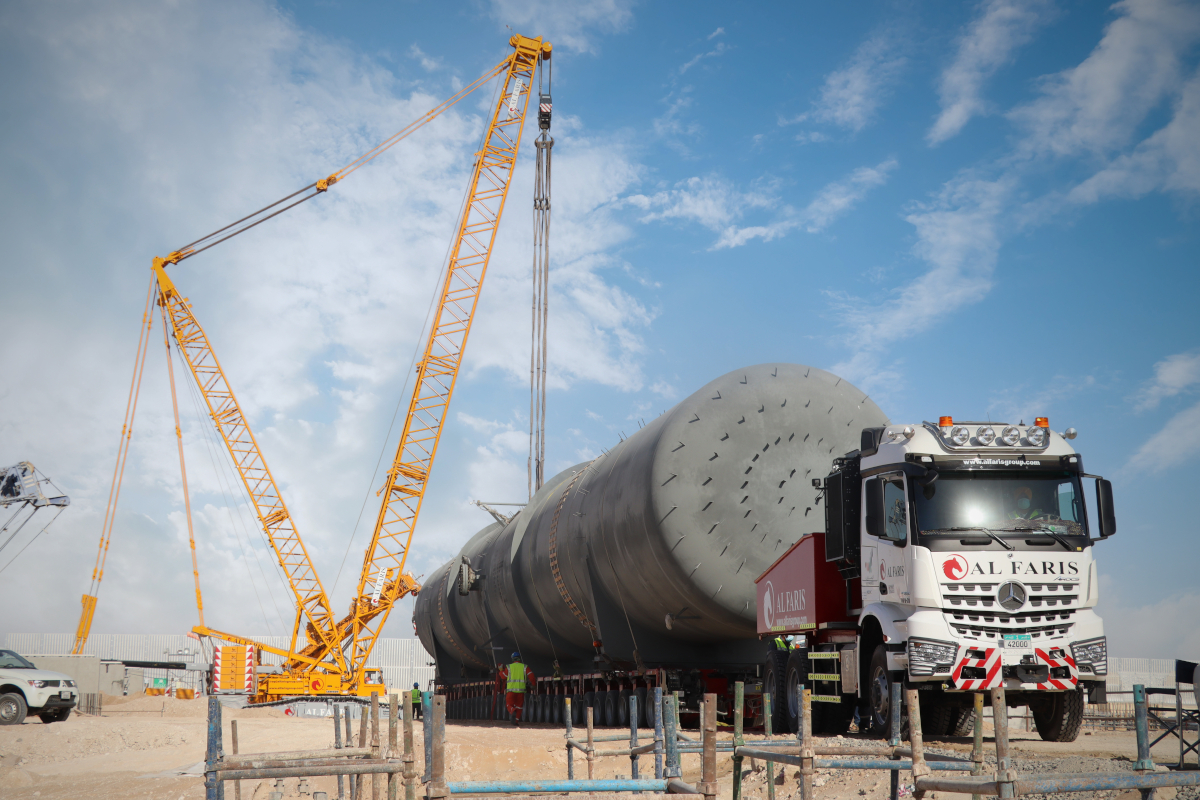 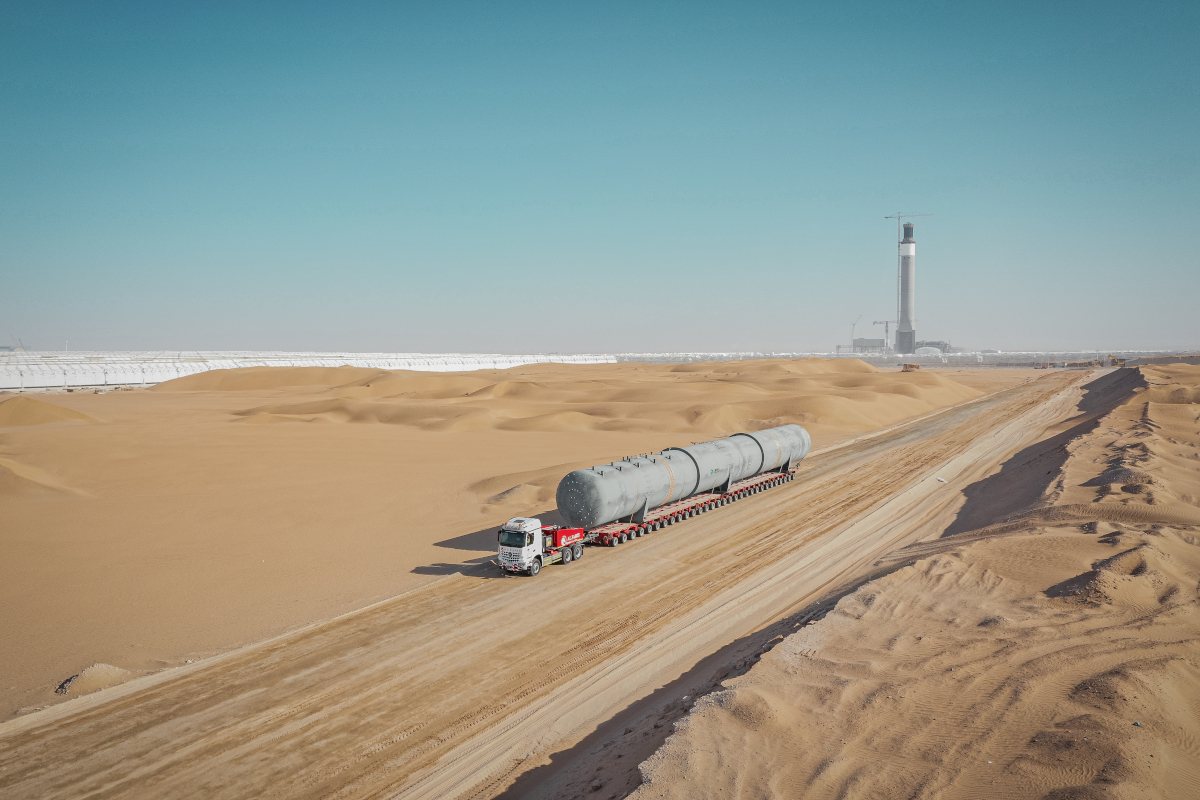 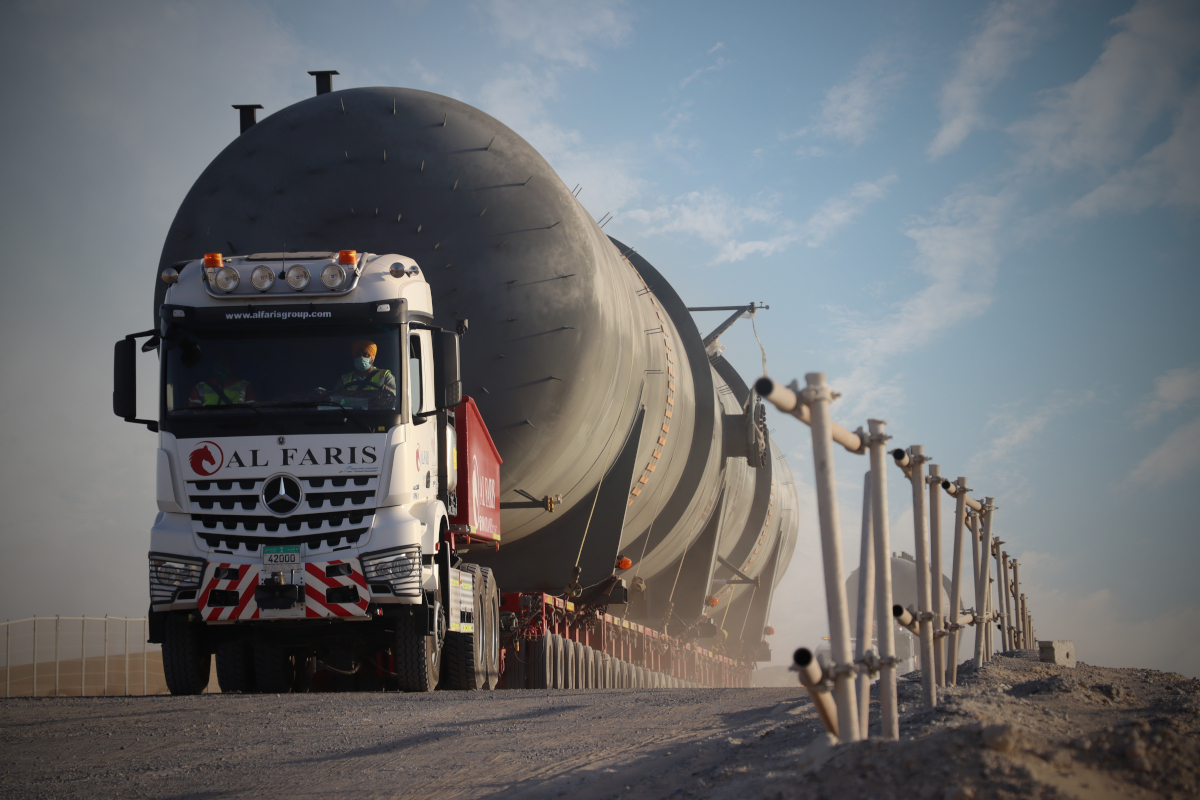