Following the development of working prototypes, which have undergone extensive and successful field trials, the company has now designed and fabricated the first commercially available Torquer Halo products for use in the construction and oil industries.

The Halo is designed to provide a simple, low-tech, low-cost load control solution, eliminating the need for tag lines while providing orientation control for the entire lift.

It comprises a circular tank, containing water in the annulus, suspended from a crane. A radio-controlled thruster is set with its propellers in the tank’s water. Spinning water around in the tank clockwise or anticlockwise produces a torque which turns the load in the opposite direction. The system is battery powered and easy to install and maintain, said Torquer.

According to Torquer, the Halos are extremely robust and can be controlled either by a crane driver’s foot pedal or by a banksman’s handset, enabling the crew to remain at a safe distance.

“The heavy moving part is just water which, if it ever leaks, does not present a significant safety hazard,” outlined Angus Jamieson, director at Torquer.

There are several methods of transferring the torque from the Halo to the load, depending on the load type and the environment.

The system has been successfully tried with large and small containers and other types of load. A small unit, for use with loads up to tonnes, a medium sized unit for up to ten tonnes, and a larger unit for use up to 20 tonnes are available said Torquer.

There are various sizes to choose from. The base models are 1.6 metres and two metres in diameter, the Halo 1600 and Halo 2000 respectively. These two models are attached to a lifting spreader beam. Torquer also makes a modular version using a racetrack-shaped design to handle heavier and wider loads.

Watch a video of the Halo being trialled with Select Plant Hire at Hinkley Point nuclear power station in the UK here: www.youtube.com/watch?v=jet2zEzAayY 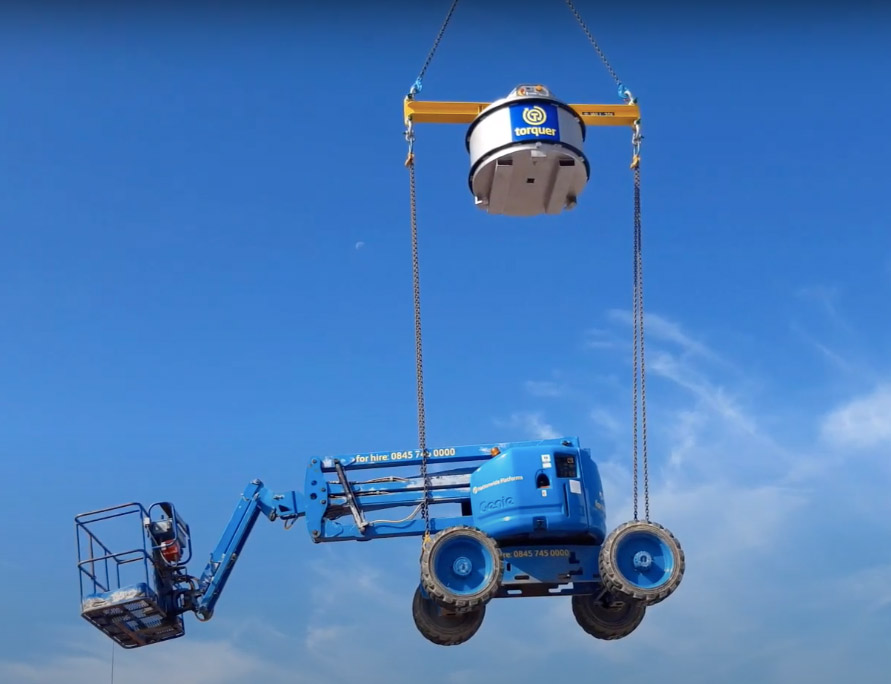 The Halo 1600 in action at Hinkley Point nuclear power station 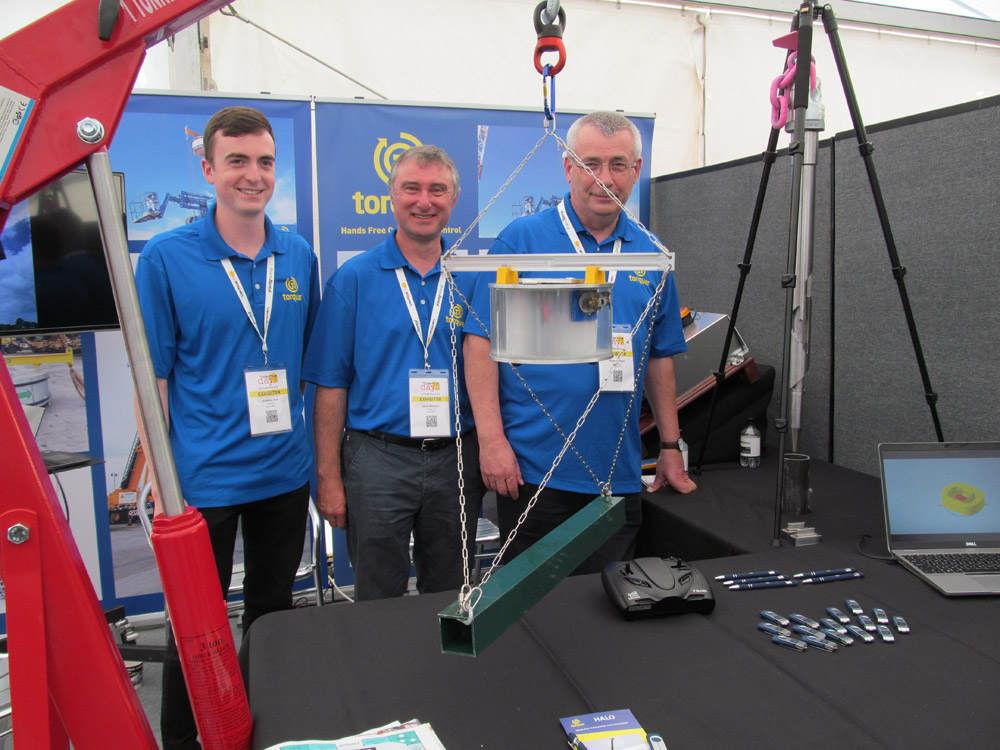