Designed especially for industrial machine movers and millwrights, the Enerpac Skates allow a single operator to safely and remotely position loads of up to 55 tonnes.

The EMLS/EMV Series Machine Skates are self-propelled, eliminating the need to manually push or pull the load. They also ensure the safety of the operator by allowing them to work at a safe distance away from the load. Single user operation allows machine movers to tackle more projects with fewer resources, therefore more quickly recouping their initial investment.

Fully compliant to the ASME B30.1 standard, the battery- powered machine skates keep the load close to the ground, reducing the overhead clearance required to move the load through a facility, and more importantly, increasing safety.

The EMLS/EMV Series dual-drive motors and a 360-degree tilt swivel saddle provide agility in small areas and around tight corners. Precise control is enabled with the wireless remote-control including two joysticks to advance and steer the load, and variable speed control for changing conditions.

The onboard battery power source makes it easier to move the load when the condition of the floor isn't perfectly smooth or level. It provides the capability to travel over inclines of up to 3% and across ground gaps of up to 0.55" (14mm). The setup process is easy, as the wireless controller automatically pairs with the machine skates immediately on start-up.

According to Enerpac, the EMLS/EMV Series Battery-Powered Machine Skates allow moves to be completed up to 4 times faster than conventional methods. Fully loaded, the skates travel up to 26 feet (8m) per minute and run for up to an impressive 3 hours on a single charge - giving you the potential to move loads over 3900 ft (1200m) without the need to switch the battery.

The EMLS/EMV Series 55-ton model makes it possible to both lift and transport from the single unit, significantly speeding up the load moving process by reducing the number of tools involved. 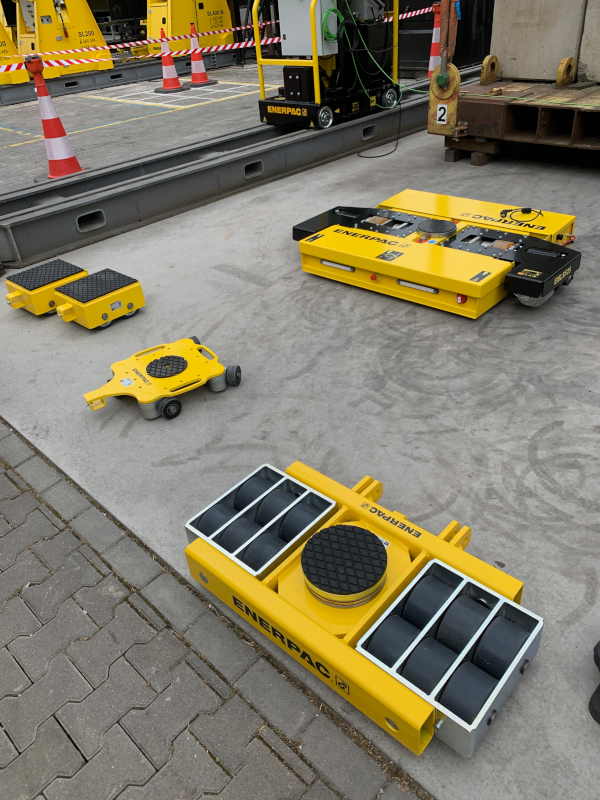 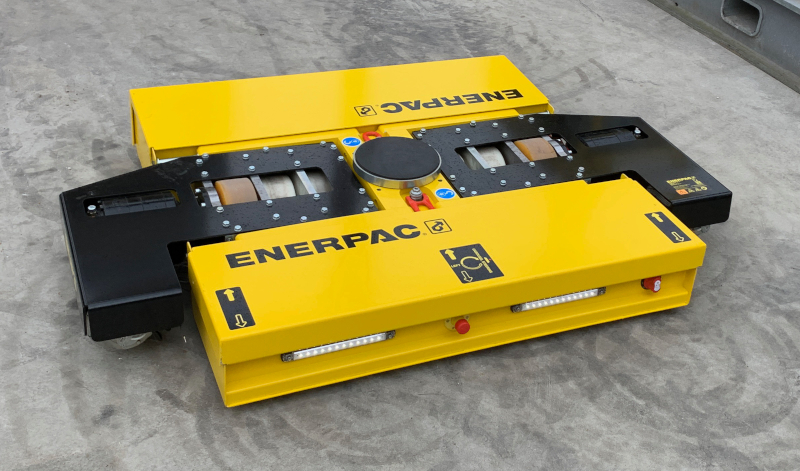