The Men from Marr’s support construction company A W Edwards for the A$370m project, which will include the construction of the new station including two entrances and underground platforms being delivered as part of the Sydney Metro City & Southwest project.

The goal for this project was to align the craneage methodology with the precast and modular construction methodology driven by Sydney Metro’s overall project delivery schedule.

“Our early engagement on this project has supported Sydney Metro’s desire to design and construct the new station by adopting a designed for manufacture and assembly (DfMA) construction approach. It’s essentially about taking a wholistic view to align the craneage with the preferred construction method, and then using this to secure the construction program with a safer, more-efficient and cost-effective solution,” said Marr’s managing director, Simon Marr.

Using two of Marr’s M2480DHLLs, the bespoke craneage solution addresses the challenge of how to provide the heavy lifting capacity the project needs, within the small space of the station box construction site. The solution also addresses other logistical challenges of the project, including handling large precast elements weighing up to 100t, all while working adjacent to one of Sydney’s busiest arterial roadways.

Simon Marr added: “The challenges associated with this project are largely to do with its location and where its construction schedule sits within the greater Sydney Metro project. Being able to work closely with the Sydney Metro team and have access to their engineering team during the design works was essential to developing a solution that took buildability, time and safety into consideration.

“The process took 18 months to complete, resulting in Sydney Metro issuing a considered and evaluated design for the Crows Nest Station construction tenderers, with a suitable craneage solution built into it. This meant that the project could transfer easily from contract award to construction in a short time frame.”

Construction on Sydney Metro Crows Nest station commenced in January 2021. Metro services are expected to be operational by 2024, with Marr’s scope of work at Crows Nest complete in 2022.

Marr’s has already delivered craneage solutions for a number of other other Sydney Metro projects, including the Sydney Yard Access Bridge (SYAB) and station redevelopment at Central Station, and the new station developments at Martin Place and Barangaroo. 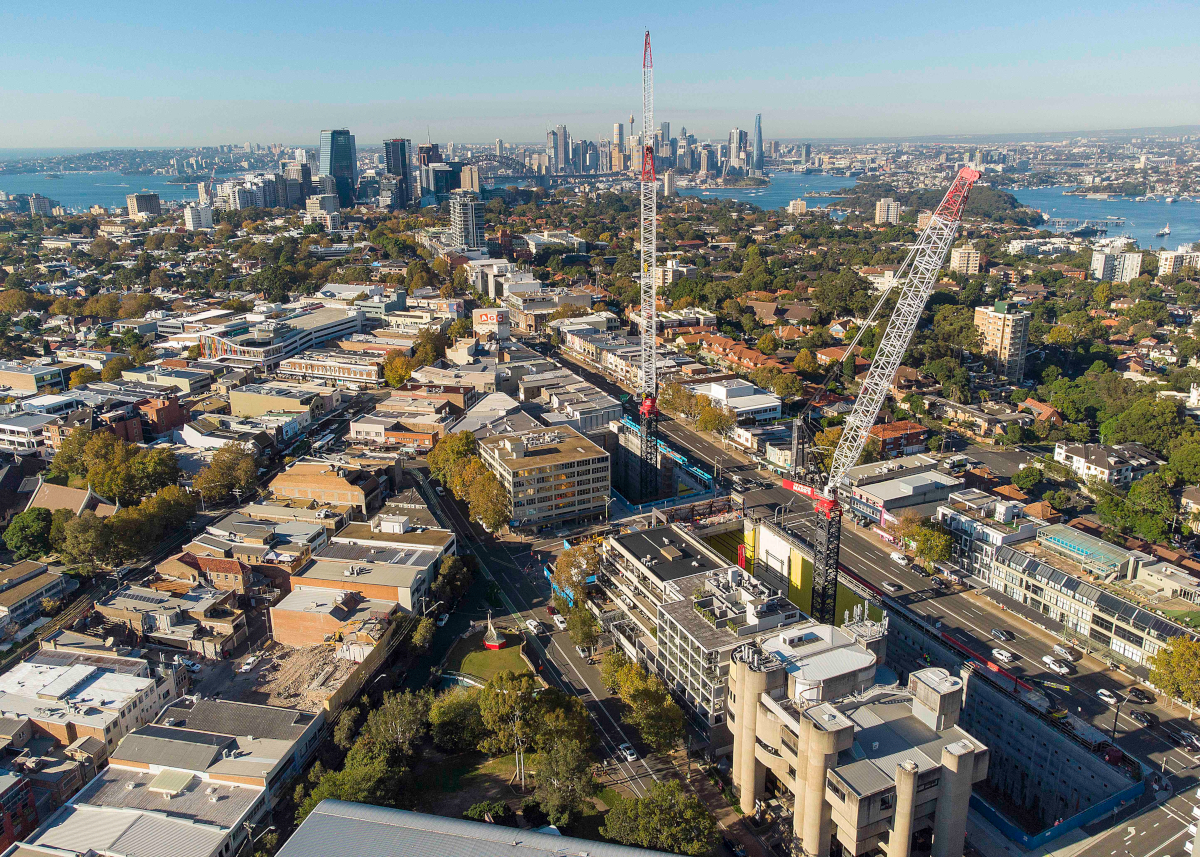