UK based lifting equipment specialist Britlift is fabricating and donating a lifting frame to help a team break the outright world water speed record for the fastest boat in the world.

Longbow, a pure thrust jet hydroplane, is currently under construction on the Fylde Coast in Lancashire, UK, and aims to become the fastest vessel on water. The record currently stands at 317mph, set in 1978 by Australian Ken Warby MBE in his jet hydroplane Spirit of Australia.

The lifting frame will help the team safely move and position the twin Rolls Royce Viper 535 turbojet engines, derived from the military BAC Strikemaster aircraft, that power the boat.

The team behind Longbow is Jet Hydroplane UK, led by David Aldred, who is well known in the jet hydroplane community. It also includes a serving RAF pilot as the vessel’s driver, David-John Gibbs. A flight examiner at RAF Cranwell and an acrobatics display pilot for the RAF, Gibbs races a Formula 4 hydroplane in his spare time. Consultant design engineer for the project is Paul Martin who has previously worked for McLaren and is currently working on the Aussie Invader land speed record car, which is aiming for 1,000mph.

Liam Botting, managing director of Britlift, said: “We created Britlift to be a solutions provider, solving complex lifting problems large and small. Longbow offered a great opportunity for us to lend our lifting expertise, designing and manufacturing this adjustable H-Frame with a screw-driven central top lifting point, for small CoG adjustment.

“Longbow is considered a genuine challenger for the outright world water speed record. We are delighted to be playing our part in the construction of this jet hydroplane and wish the team every success with it.” 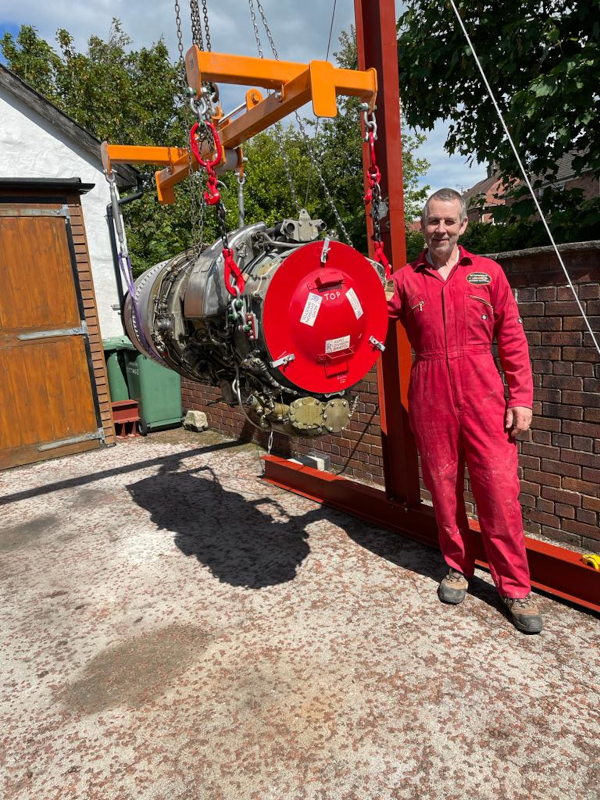 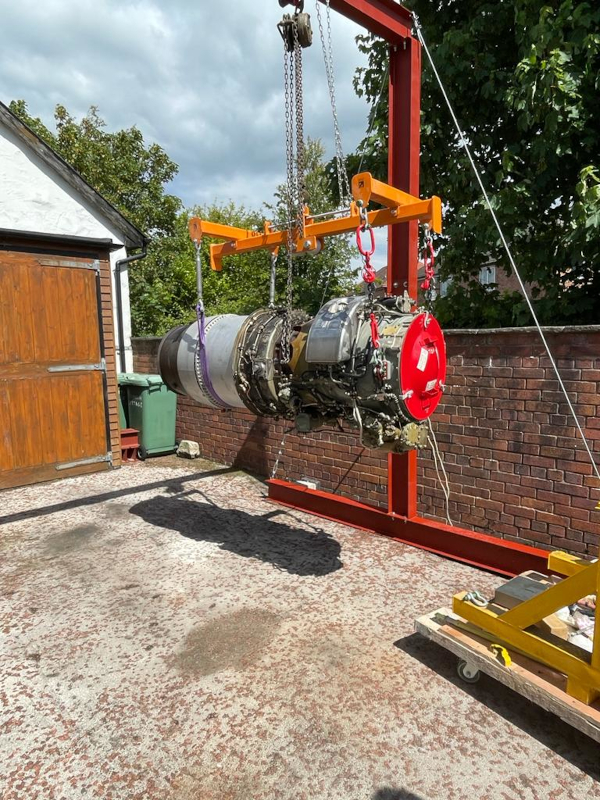