An incremental bridge launching approach was used by Kentucky, USA-based contractor Bush and Burchett to build the Pond Creek Bridge on US460 in Pike County, Kentucky. It is now the tallest bridge in the state and one of the tallest traffic bridges in the country. The bridge has a height of 324 feet and the job site’s rugged terrain created multiple challenges for the construction project.

Incremental bridge launching, which is popular in Europe but relatively uncommon in the US, is typically used when a bridge is very high and access via traditional cranes is difficult or impractical.

According to Paul Burchett, co-founder of Bush & Burchett, “Being 320’ tall and only 1000’ long, the slopes on each side of the bridge were extremely steep. This made conventional erection almost impossible.”

Bush and Burchett determined the safest and most economical strategy was to build the steel bridge on the embankment and incrementally move the girders into position on the eight sets of piers. The contractors partnered with Engineered Rigging for this segment of the bridge construction.

The equipment utilised included two 70-ton strand jack rentals (models HSL7006), a SLPP7E strand jack pump, strand guide, strand recoiler, gold box, a laptop and industrial Hilman rollers. In addition to fulfilling the construction equipment rental, Engineered Rigging provided an on-site technician to operate the strand jack system. As construction of one section of girders was completed in the launch bay, the strand jack system was used to pull it onto the bridge pier, thus allowing the next section of the bridge to be constructed on the embankment.

In total, ten jacking evolutions are necessary to pull the entire bridge into position of which eight are currently complete. The pulling weight for the first pull was approximately 16,000 lbs, and the bridge became heavier with each subsequent pull, the heaviest reaching 80,000 lbs. Pulling force is a function of how easily the bridge slides on the Hilman rollers and the dead weight of the steel span.

According to Burchett, “The launch went as well as we could have imagined. We encountered a few challenges during the launch related to the small margin for tolerances. On the piers, we only had about a half inch tolerance with each gap. Any lateral movement of the girders or minimal inconsistencies in fabrication of the girders or rollers led to rollers not lining up with the gap in the splice plates. While this caused a bit of a delay on the eastbound launch, we modified the splice plates on the westbound bridge that helped reduce the frequency of these issues.”

Burchett reflected on the incremental bridge launch, “This was the first time a girder launch has ever been performed in Kentucky, and I was glad to be a part of it. We would definitely use the approach again if the conditions called for it. The designer, Stantec led by David Depp, Engineered Rigging, and the inspectors with KYTC did a great job of working with us to make this happen.”

In addition to the Pike Creek Bridge construction, Engineered Rigging has been involved in several recent bridge projects, providing innovative engineering services, design-build and fabrication solutions and heavy lifting equipment rental including the Cline Avenue Bridge in East Chicago, the Panther Island Bridges in Texas, and the demolition of the Wittpenn Bridge in New Jersey. 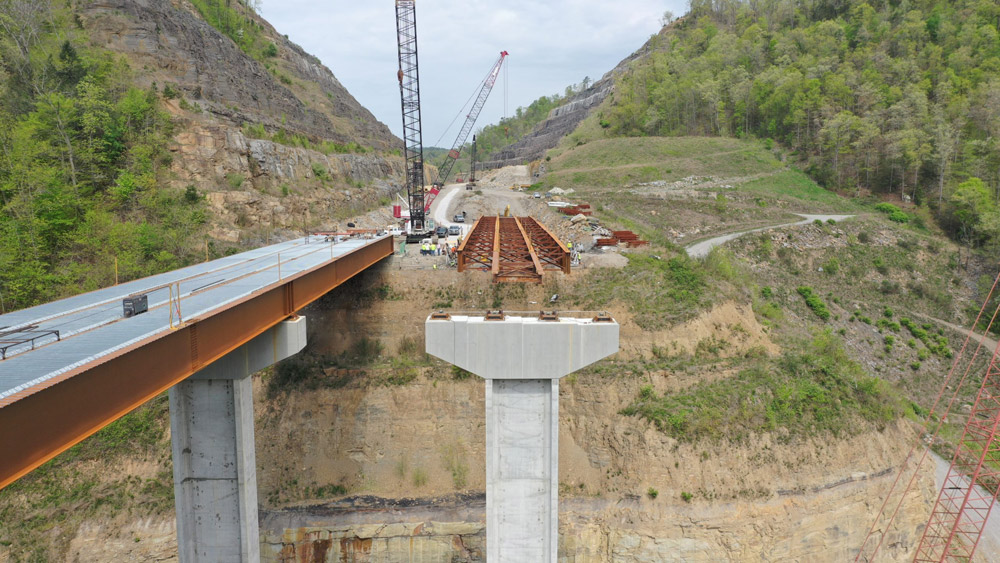 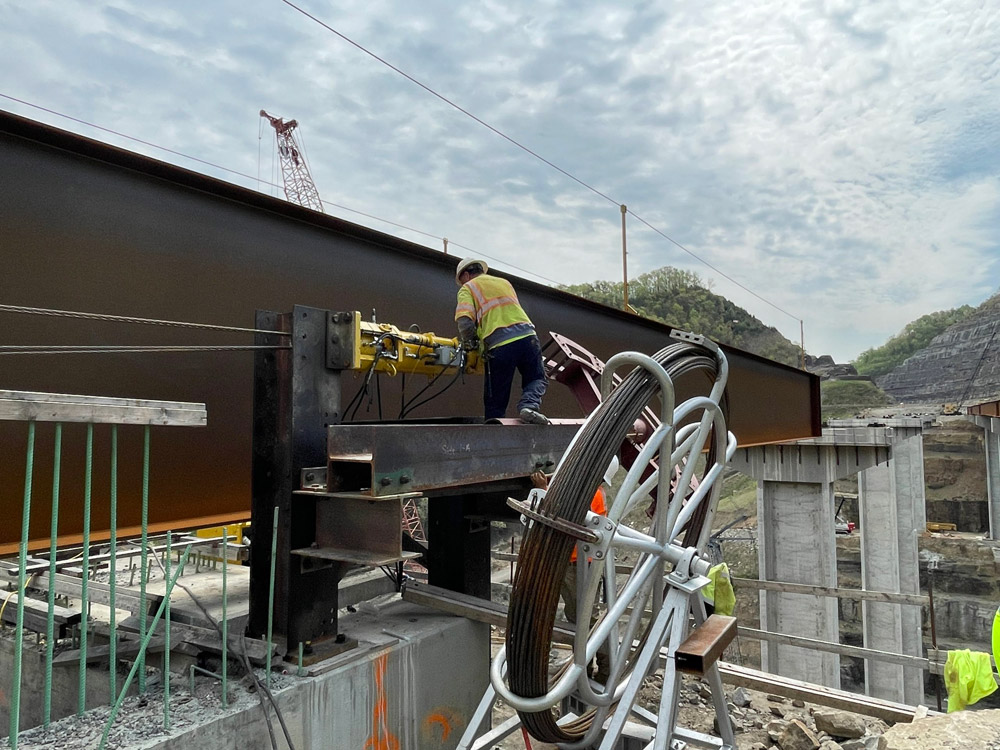 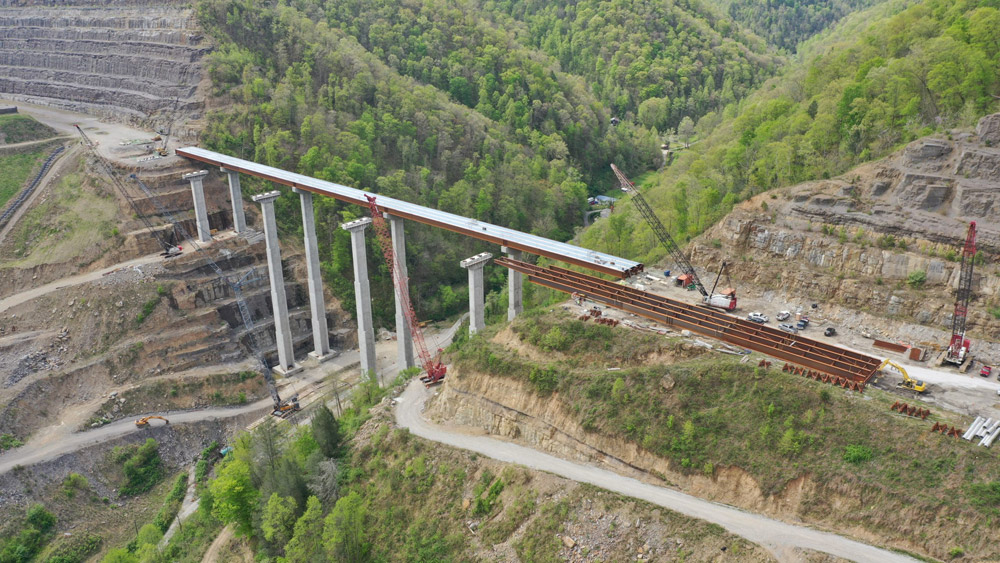