According to Liebherr, its HC-L series cranes are optimally designed for use on tall buildings due to ease of assembly on tight construction sites and the cranes’ in-house manufactured high-performance drives. To ensure the appropriate handling capacity, the cranes offer load hook re-reeving from one to two-line operation, Liebherr says. A level luffing function is designed to make work easier for the crane operator and ensure safe and efficient operation on site. When the jib moves, the control system automatically readjusts the hoist unit so that the load hook travels along a horizontal path.

Both the 280 HC-L and 355 HC-L are being climbed up the building as construction of the tower progresses. Liebherr and Cambie developed an optimal climbing process to minimise the loads on the building and the crane guy wires, only requiring six guys to safely climb the cranes to the required heights.

Crane assembly was challenging as both cranes had to be assembled in one place due to the construction site’s layout.

The new 280 HC-L’s current job is expected to last until November this year. The 355 HC-L is scheduled to be disassembled in October.

“The 280 HC-L is an extremely reliable and responsive crane,” concluded Out. “It’s by far the best crane I’ve worked with in my 25-year professional career.” 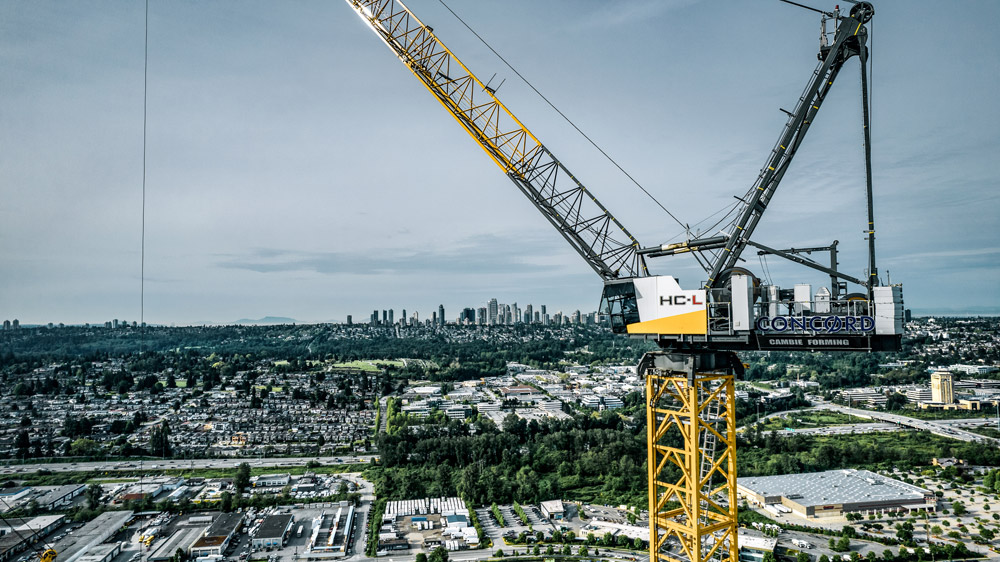 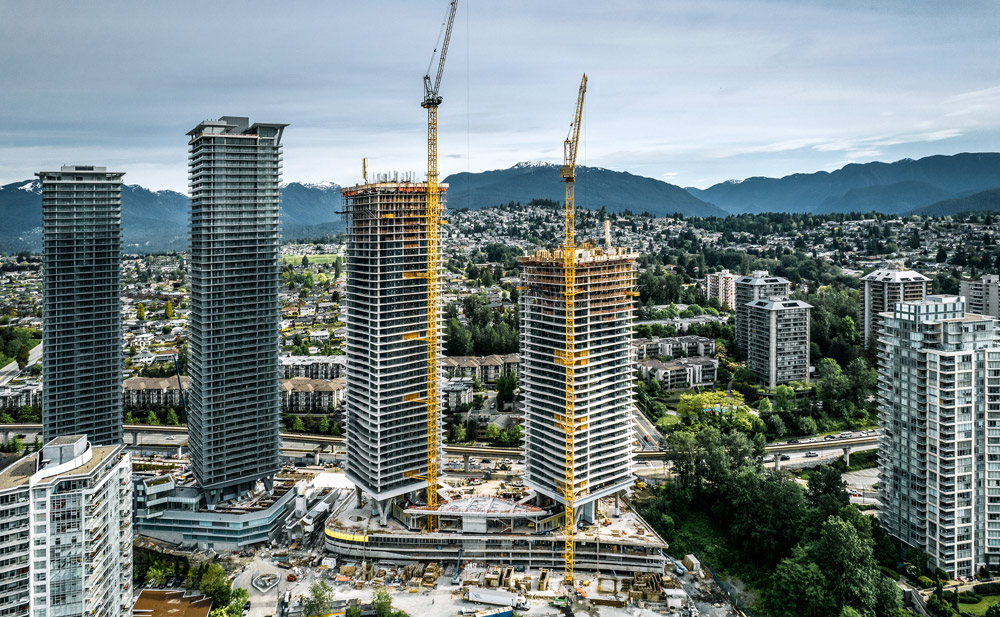 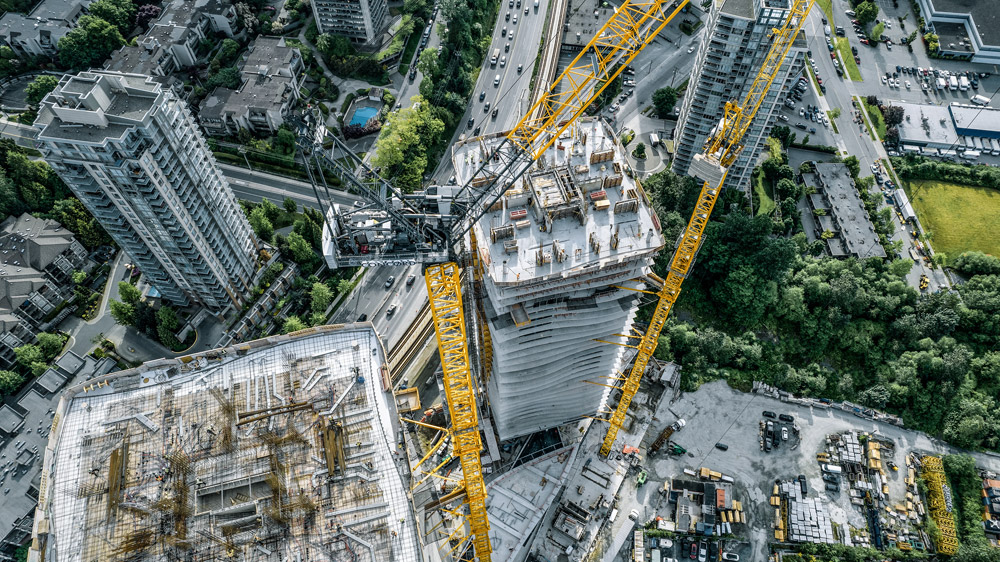