Chinese crane manufacturer Zoomlion says it has set a new record for the largest tonnage crane exported from China with the shipment of its 2000-tonne capacity ZCC32000 crawler crane to Turkey on September 16.

The crane will be used by Turkish contractor Sarilar in a nuclear power plant project before carrying out other wind power and petrochemical project hoisting tasks in Europe.

The ZCC32000 has a maximum load moment of 32,000 tm and a maximum boom height of 168 metres. The crane is modular and has a dual boom design. It can also switch between single-engine or double-engine operation, as per the user's hoisting needs, selecting either low fuel consumption or strengthened power operation.

According to Zoomlion, the export of the ZCC32000 is the third time it has broken the record for largest tonnage crane exported from China. Previous claimed records, it says, were set by its ZCC9800W and ZCC12500 crawler cranes exported to Turkey in September 2020 and June 2021, respectively.

"The key reason behind the Zoomlion's continuous breakthroughs of crane export records is we have achieved persistent breakthroughs in core technology development, which has been recognised in the international market," said Luo Kai, vice president of Zoomlion and general manager of Zoomlion engineering crane branch.

In H1 2021, Zoomlion says its revenue overseas has increased by more than 52.28 percent, among which crane products grew strongly with sales from January to August increasing by 60.8 percent year-on-year. This, it says, demonstrates the growing brand influence and market competitiveness of its high-end products in international markets. 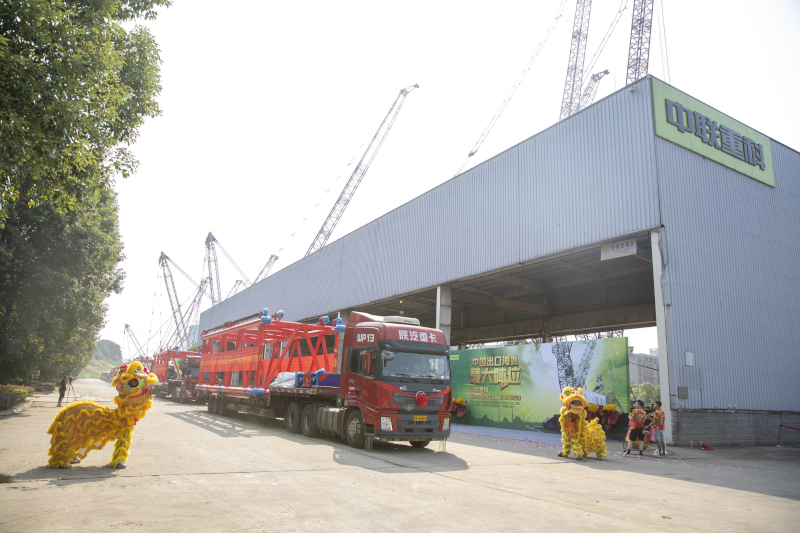