The 70m-long crew boat for industrial maritime projects, with space for up to 122 people, was transported from the hangar where it had been built to the quay wall using two 12-axle self-propelled modular transporters.

The cranes lifted the Aqua Helix’s sensitive aluminium hull in tandem to a height of 8m and a hook height of 30m. They then travelled forward 20m under load before gently letting the ship down into the water.

“The lift with the two Demag CC 2800-1 cranes went perfectly smoothly just as expected, so we were able to finish the job on time and as agreed,” said Ibrahim Menzil, crane manager at Hareket.

The Aqua Helix then took off towards the Netherlands, where it will be getting its gangway, after which it will need to prove its seaworthiness during a series of tests in the North Sea. 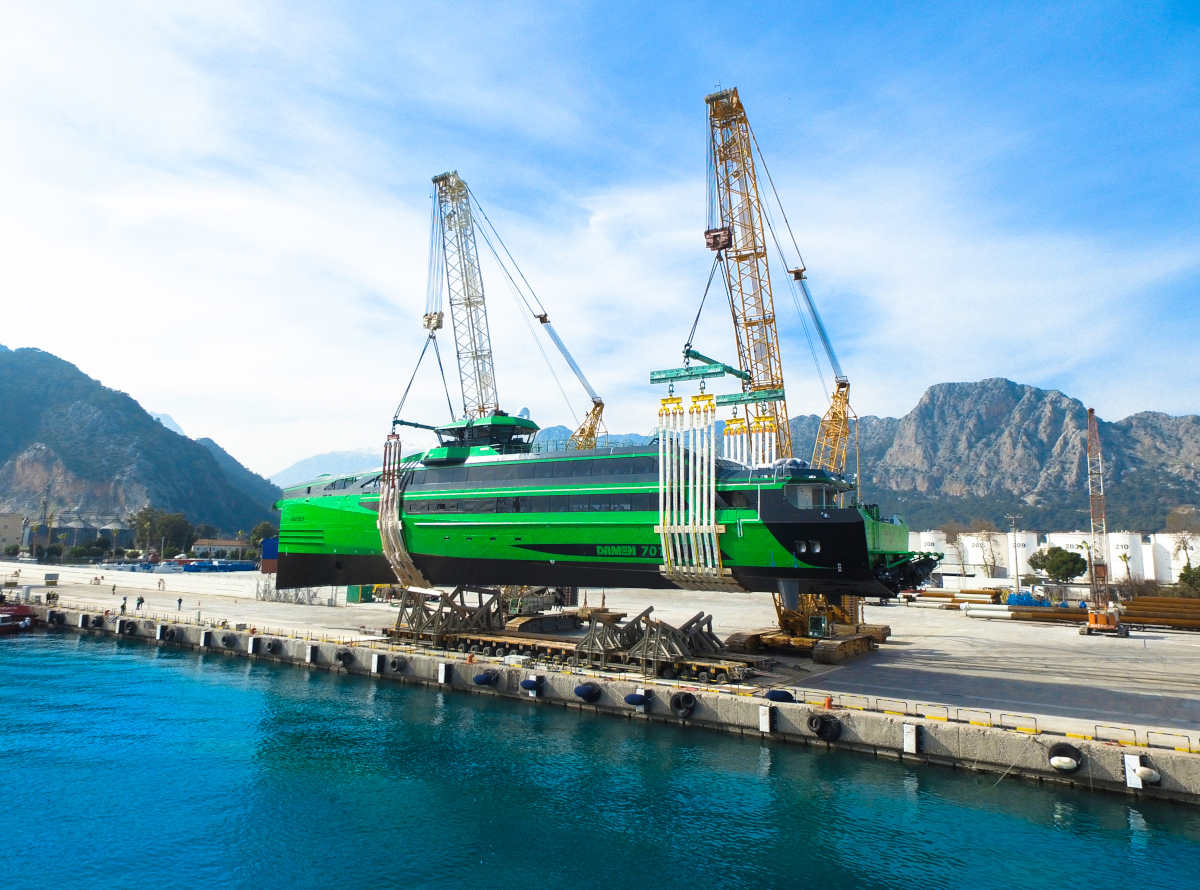 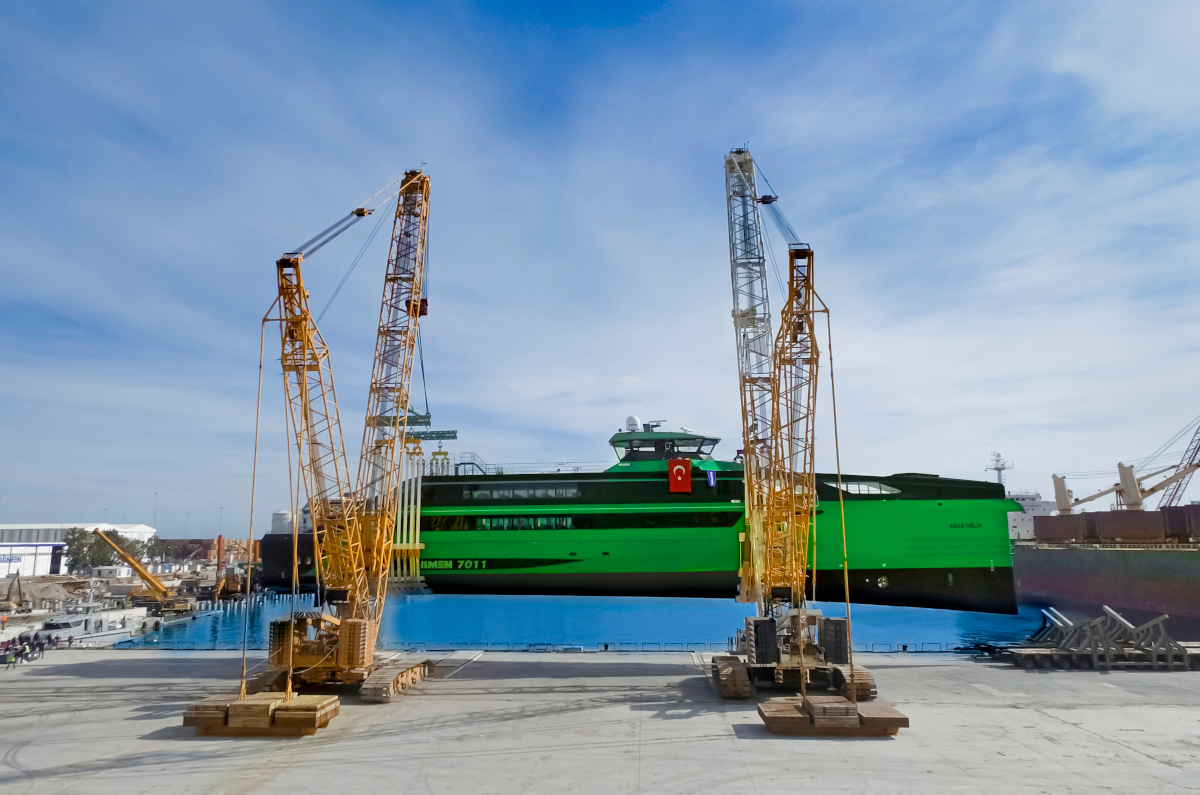 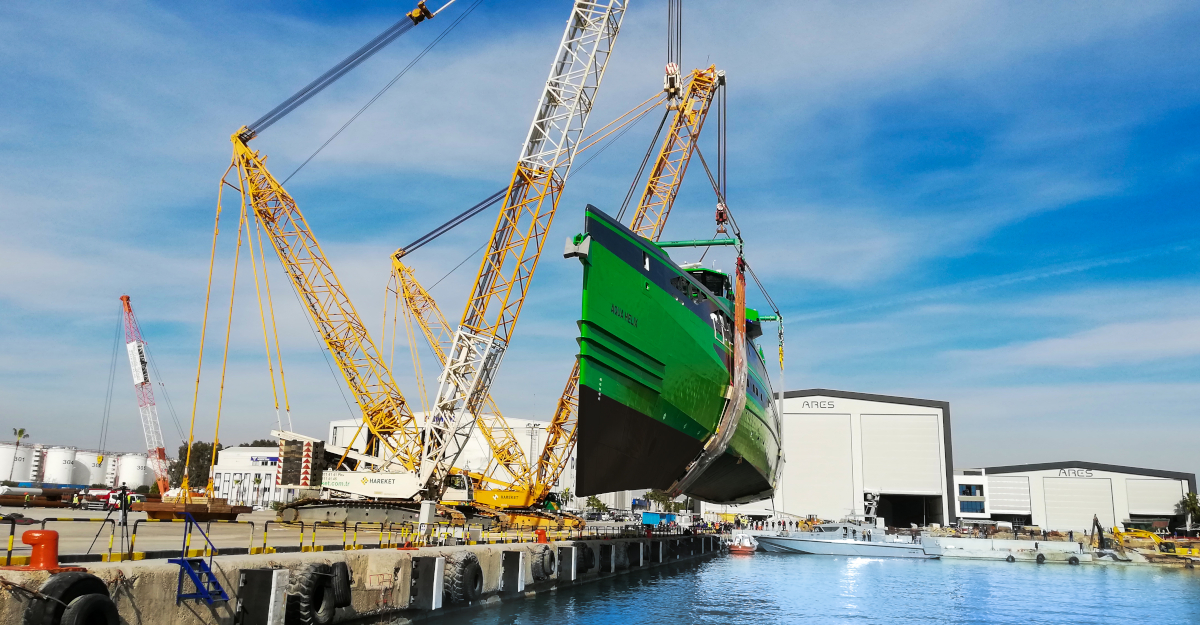