Rotational loads of up to 2,572 tonnes make the wheel the largest load ever handled by Enerpac’s Push-Pull system.

A Push-Pull system from USA-headquartered hydraulics systems specialist Enerpac has been used to help construct the world’s largest observation wheel at the Bluewaters island development in Dubai, United Arab Emirates.

The Ain Dubai observation wheel is over 250 metres tall and comprises a wheel rim, rotating hub and fixed spindles mounted on four support legs. The rim is 240 metres in diameter and was assembled from eight segments that were welded together during assembly and connected to the hub by cable spokes.

The size of the wheel meant it was too big to be assembled using a traditional crane so Enerpac’s Push-Pull system was utilised. The Push-Pull system was located at the base of the wheel where a pair of hydraulic grippers pushed the wheel forward, effectively rotating it. The push grippers were then released and pulled back into position using hydraulic cylinders. The Push-Pull operation was then repeated as new wheel segments were added and welded in place. This required millimetre accuracy which, Enerpac says, was possible due to the system’s precision hydraulic control.

The Push-Pull system is powered and operated by a central hydraulic power unit (HPU). The HPU’s diesel engine, main control panel, safety PLC and tank with hydraulic oil were controlled by PLC and laptop computer. 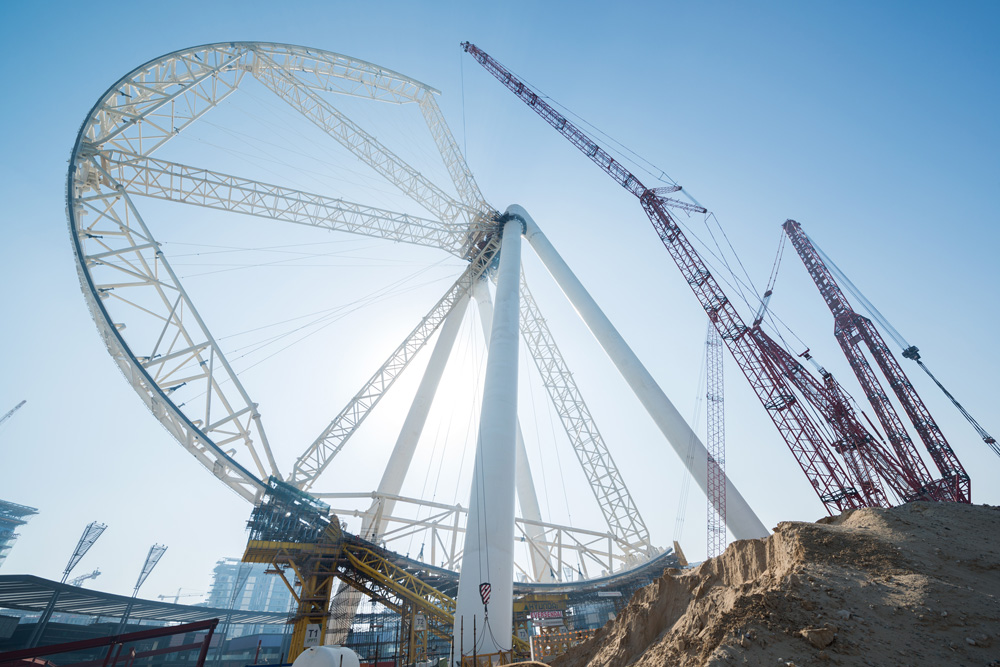 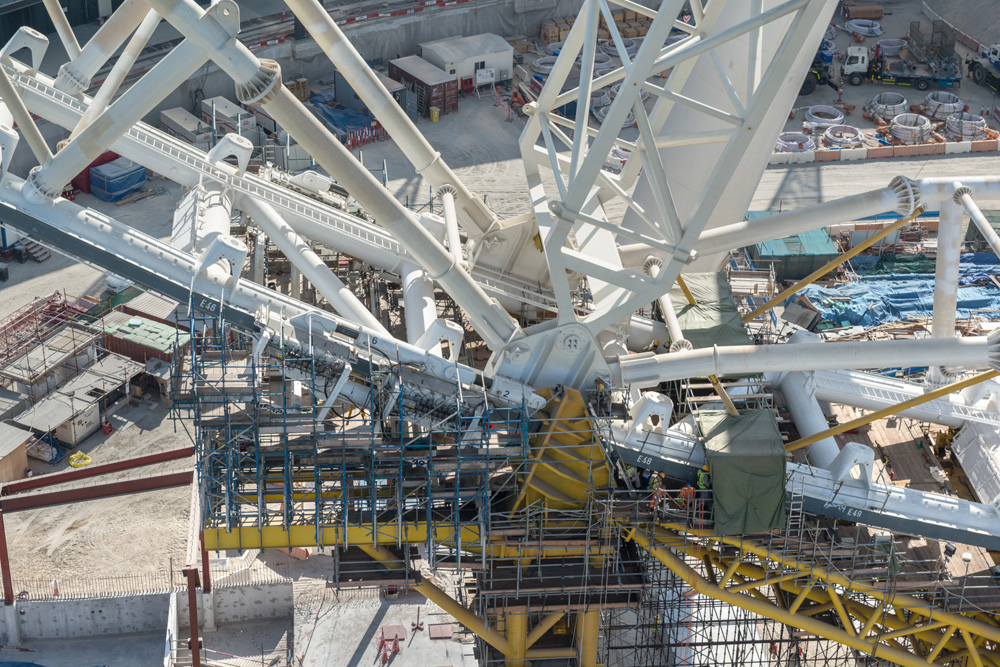