The jack-up system was installed onto the deck of Cometto modules for the transportation and load-out of oversized offshore wind farm jackets weighing over 1,800 tonnes and with heights of up to 80 metres.

The entire transport system comprises three main elements: 96 axle Lines of Cometto self-propelled modular transporters (with a combined payload capacity of 4,608 tonnes); a jack-up system with four electronically synchronised lifting towers (with a capacity of 2,400 tonnes); and specialised modular transport beams, fabricated by Fagioli, each with a 23 metre span in standard format.

These three elements each have the potential to be adjusted to suit various project requirements, says Cometto, allowing a smooth and cost-effective roll-on operation, plus internal yard movements in compliance with standard DNV-GL requirement for load-out projects.

With this setup Fagioli has already safely and successfully completed the load out operations of 32 jackets weighting up to 1,800 tonnes each.

The jacking process is performed by the jack-up units, a fully integrated and synchronised system which allows the lifting of entire jackets without any risk of overloading. Modular ‘barrels’ are inserted into each lifting tower to elevate the jacket by one-metre increments.

The overall combination is an impressive construction which nevertheless is very agile and safely permits up to four degrees of lateral movement.

“The jack-up system proved to be the perfect solution for load out operations, especially where locating cones fitted to the jacket legs required accurate insertion into the grillage of the vessel and the standard SPMT stroke is insufficient,” said Alberto Magni, Fagioli general manager for the Asia-Pacific region. “The jackets were safely transported at the full height, then upon reaching the final set down position on the roll-on/roll-off vessel, the jackets are then safely lowered down into the grillage.”

Tomasz Milewski, Fagioli engineering manager for the Asia-Pacific region, said: “Due to the extreme manoeuvrability of the Cometto SPMTs this set up can be used in very congested areas such as fabrication yards, even when simultaneous activities may be going on, and with a ground bearing pressure equal to 10 tonnes per square metre.”

In this configuration the SPMT can be used with either a three-point hydraulic suspension or with four-points if a higher level of stability is required. 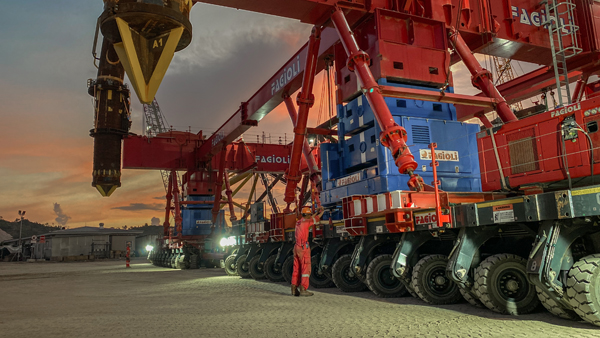 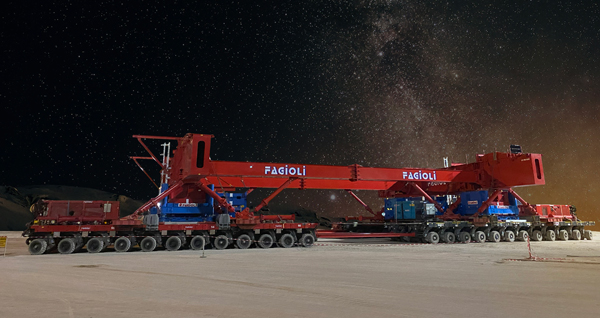 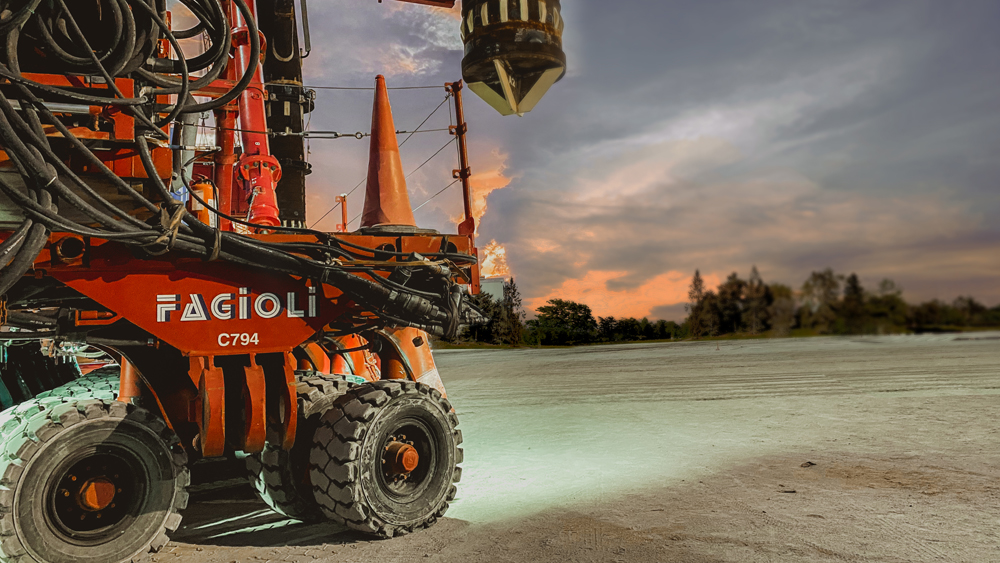