The tower cranes used for the construction of the building that will house the two nuclear reactors of the Hinkley Point C nuclear power plant in the UK are equipped with DCS 61-S, the latest generation anti-collision and zoning system from AMCS technologies.

There are 52 tower cranes currently performing lifts for this job, four of which are travelling ones. The concentration of a high number of cranes of different types in a very small area, poses a challenge in terms of anti-collision. Each tower crane has several interference zones with other cranes, increasing the risk of collisions between their cables or between cables and jibs.

AMCS technologies has been installing its DCS 61-S anti-collision and zoning system on tower cranes for this project for over three years. “The DCS 61-S systems allow these numerous areas of interference to be managed in real time. Consequently, this ensures the productivity of the site but also the safety of the machines and the 3,500 workers,” said the company. The system also displays all the parameters useful for operating the machine.

AMCS technologies also supplies part of this project with additional security products such as cameras, aircraft warning lights and others. 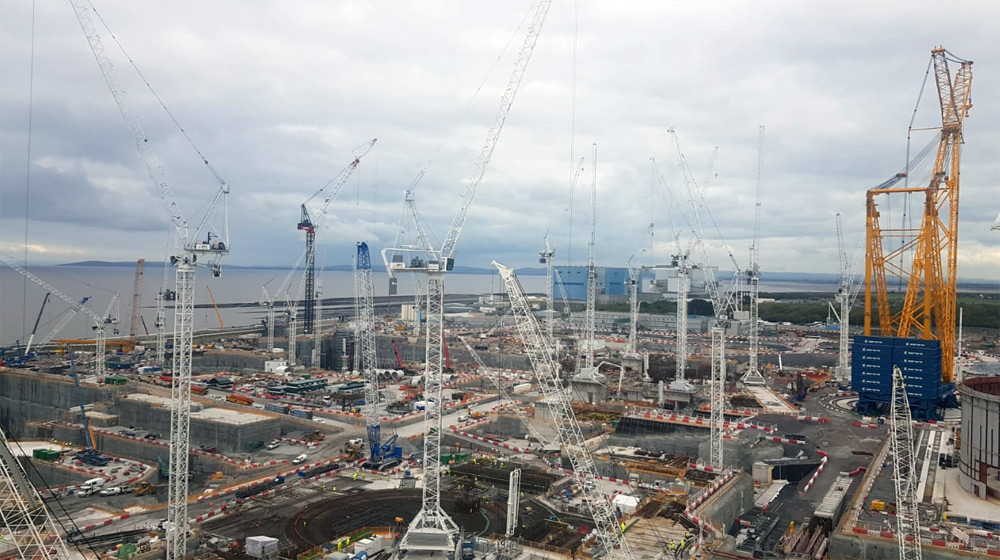