The plant comprises storage space and weir system, water tunnel and power house. It is being constructed for Engadiner Kraftwerge / Ouvras Electricas d'Engiadina between Martina, in Austria and the Kajetan Bridge near Ovella, and will feed water to the power plant in Prutz via a 22.6 km-long head race tunnel.

The 90t CKE900G-2 arrived at the Ovella weir complex on the River Inn, in Engadine, Switzerland, last November.

The Stage IV/Tier 4 Final CKE900G-2, which has completed over 500 hours work at the site so far, was delivered with a 24.4m main boom and auxiliary sheave, has been used primarily to lift 25m-long reinforcement cages for the project’s piling works.

However, geological conditions in the area proved more difficult than expected and the CKE900G-2 was later retro-fitted with a 36.6m main boom and auxiliary sheave.

The narrow bridge that provided access to the site meant the CKE900G-2 kept its crawlers retracted at 3.5m before crossing and was only able to travel with the 10t counterweight, carbody and base boom over the bridge, with all the other parts, including the boom, assembled on the other side. Once it had crossed, the tracks were extended to 5.13m ready to start work.

The CKE900G-2 is scheduled to finish work in April this year, with the project due for completion in 2023. 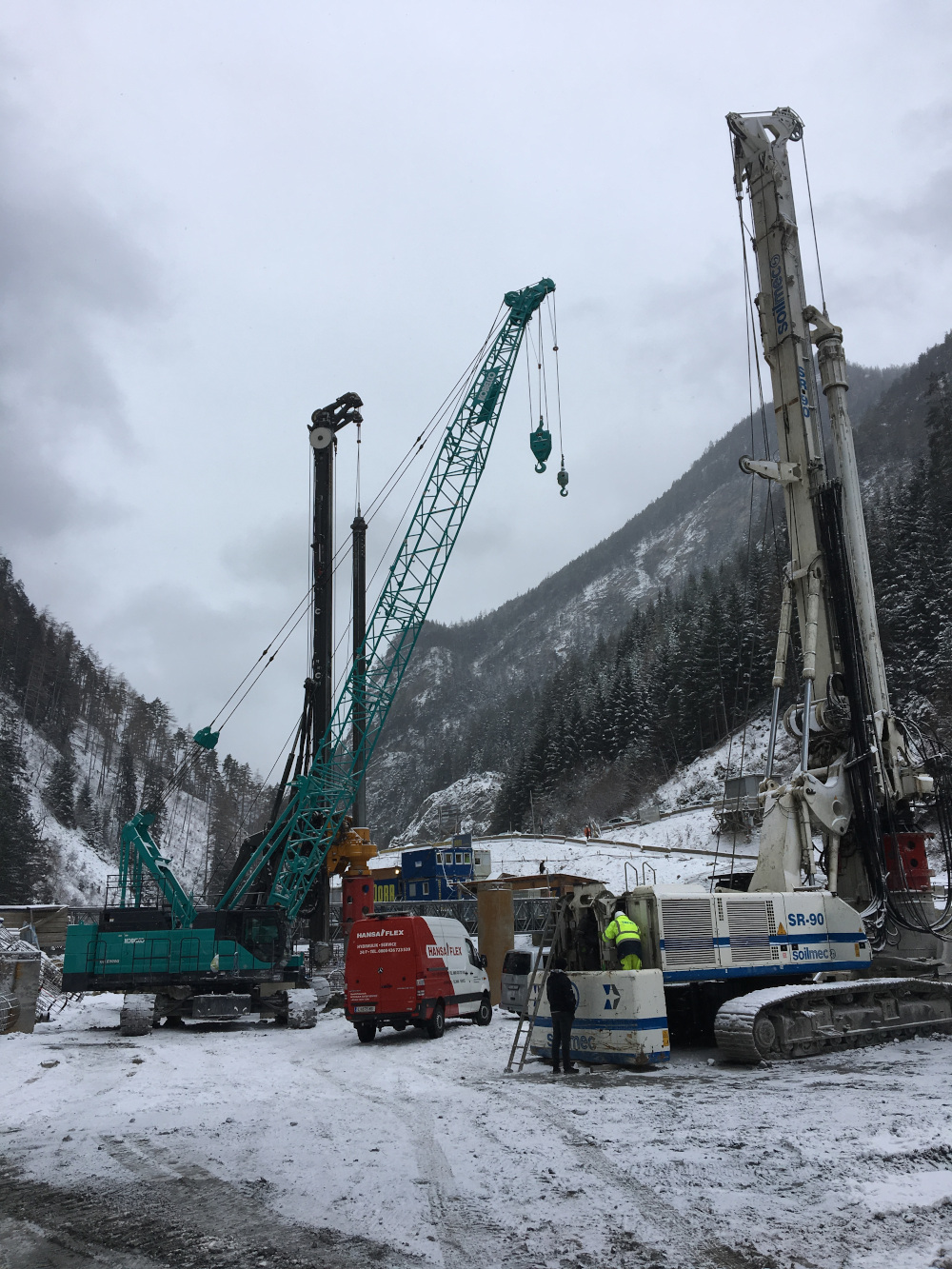