The Dubai Waste-to-Energy plant, under construction as a PPP in the United Arab Emirates, is using the largest tower cranes that are currently erected in the Gulf States. The plant will be one of the largest of its kind in the world: on completion it will process 1.9 million tonnes of waste per year to generate 200 MW of sustainable electricity.

The technical and time requirements for the required tower crane were too high for any available local manufacturer, so cranes and construction specialists NFT Group contacted Yongmao Holdings and the two companies worked closely to make the required customised tower cranes in the short period of time available.

Manufacture took around six months including shipping. The cranes arrived on site in early March this year. The programme was to install the tower cranes in 25 days but NFT group managed to reduce that by 50% to complete the installation in record time. The STL 2400 was meant to be installed in 18 days but NFT completed installation in just a week. The much larger, indeed gigantic, STL 4200 was expected to take 25 days to install but the NFT Group managed to reduce that to 12 days. To achieve that result, two fully-dedicated teams supported by a supervisor from the OEM, were working 12 hours a day, safely and simultaneously. While one team was off-loading and assembling, the other team was erecting the assembled parts. Two to three mobile cranes were on site to cater to these simultaneous activities.

The cranes have already carried out several lifts of around 90 t. By the end of May 2022, one of the STL4200s will have been dismantled, relocated and re-installed. NFT Group provides the site with monthly preventive maintenance and a dedicated technician on site 24 hours in case of emergency. 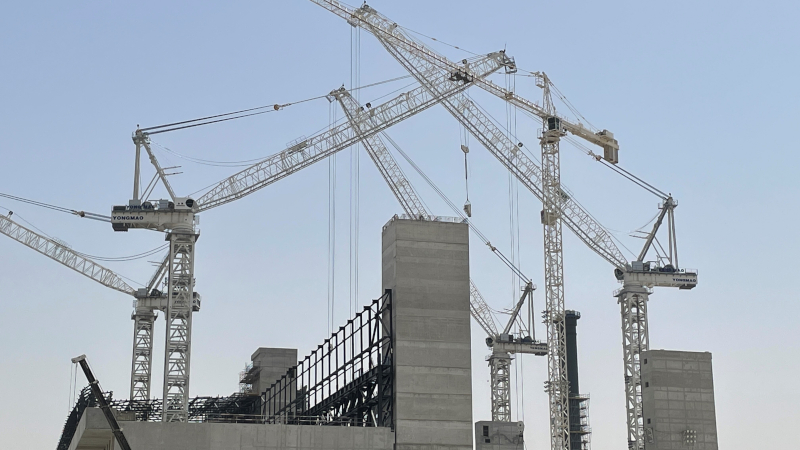