Liebherr says the SX3 version delivers 20% higher lifting capacity and higher wind tolerance compared to the conventional SX version. Both benefits were needed for this job.

The new generation wind turbines, with 170m hub heights, comprised heavy tower components. “The first four tower sections each weighed 120t, which, when combined with the hook block, meant a load case of around 123t. With a radius of 35m, that meant that we use the full lifting capacity of the crane for this job”, said crane operator Johan Bezemer. “This crane with its SX3 boom enables us to increase our capacities, so that we can also erect these very large turbines. Its 165m main boom and 12m jib gives us a lifting capacity of 127t.”

With the SX3 boom system, the lower section of the lattice boom has been extended to a width of 6m. Liebherr says the 28m or 42m boom reinforcement delivers significantly greater rigidity in the boom design and therefore results in less crane downtime due to wind. “The earlier systems used on the LG 1750 were calculated on the basis of a maximum wind speed of nine metres per second”, said Jens Könneker, product manager for crawler cranes at Liebherr in Ehingen. “The SX system now allows work to continue in wind speeds of up to ten, or in some cases even 11.2m per second.” Bezemer said three working days were saved because of the greater wind tolerance of the SX3 boom system.

After all the tower segments had been assembled, the lattice jib had to be extended to 15m using an intermediate section, so that the crane could provide the hoist height required for the other components, including the 100t gondola. The time required to lower the massive lattice boom was reduced as the LG 1750 was also fitted with the VarioTray detachable ballast pallet. The 415t of suspended ballast were only required to raise or lower the gigantic boom. The centre section of the counterweight, which can be detached from the remainder using bolts and remains on the derrick boom, was all that was required for the actual hoisting work.

After spending several weeks in Germany, the team from M.Verschoor returned to the Netherlands with their LG 1750. Since then, the crane has been working full-time on erecting wind turbines in the north of the country using its SX2 boom. It is now the most powerful machine in the company’s fleet. “We will probably only use the LG 1750 for wind power jobs,” said managing director Erik Hans van de Kop. 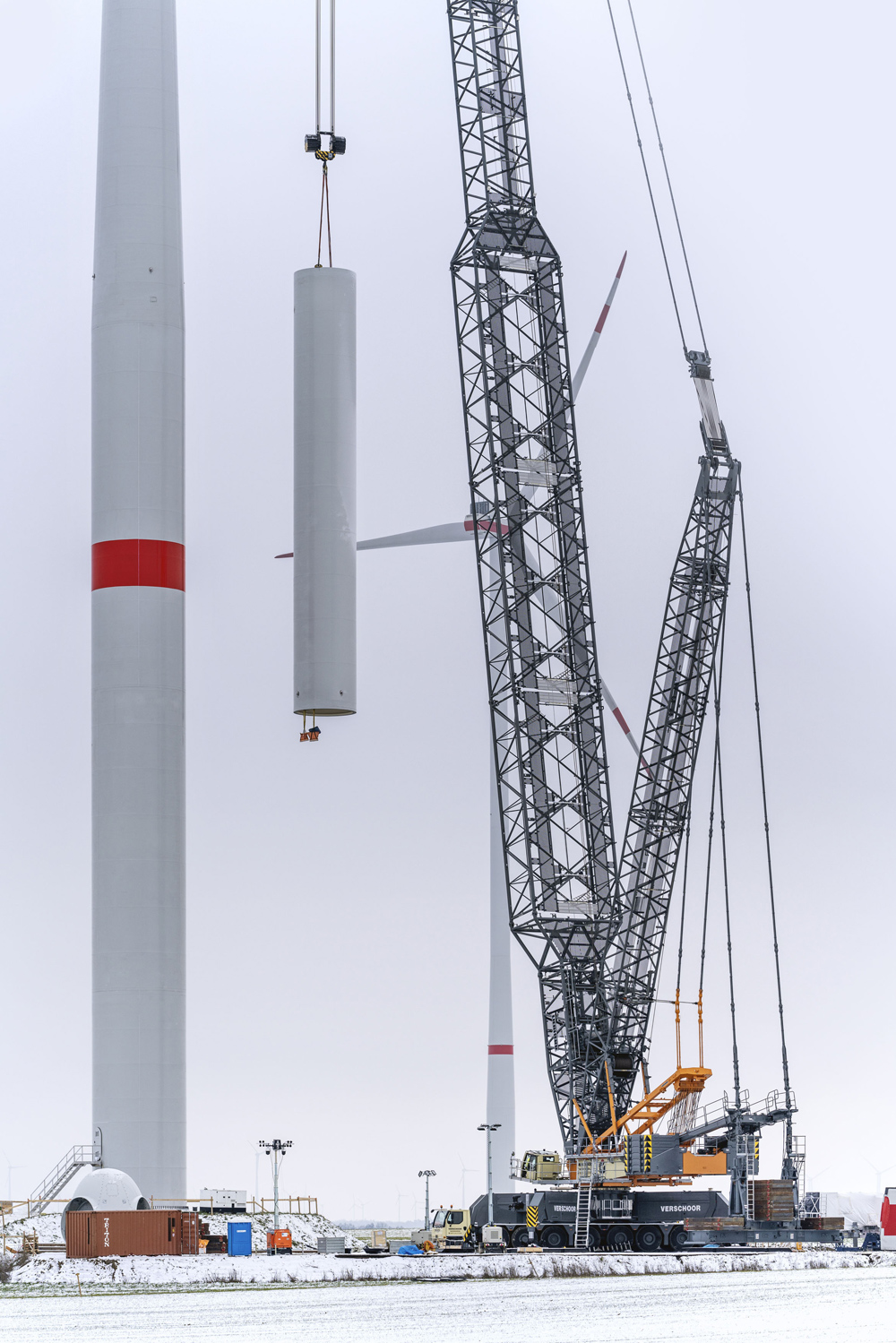 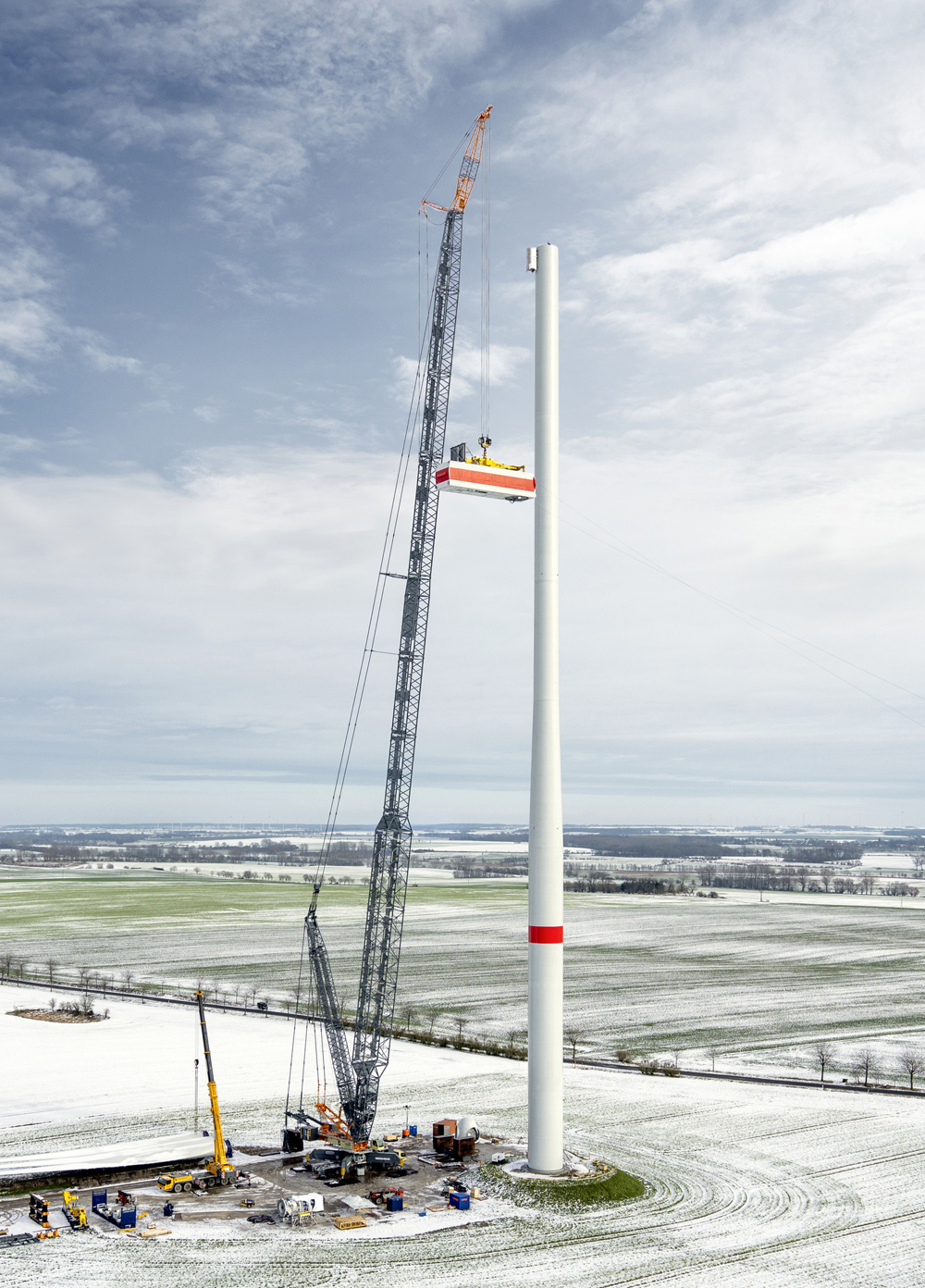