Liebherr has announced the introduction of the LTR 1040 telescopic crawler crane, responding to market demand for 40t capacity machines of this type.

This is the lowest capacity telecrawler in the manufacturer’s portfolio, a lightweight version of its 60t LTR 1060. Liebherr said contractors could upgrade the LTR 1040 to make it into an LTR 1060 retrospectively.

The main difference to the LTR 1060 is the significantly reduced ballast. The LTR 1040 weighs 20t less, as 10t of central ballast have been taken off the chassis whilst a further 10t of counterweights have been removed from the slewing platform.

“Its lifting capacities up to a medium radius significantly surpass those of its competitors and its 40m telescopic boom is around 30% longer than the standard in the class. This means that most crane jobs can be carried out without a folding jib,” Liebherr said.

The LTR 1040 can hoist up to 8.6t with a radius of 10m throughout its entire 360° operating range. When it is fully raised, the lifting capacity of the 30.7m extended telescope is 18.8t and when fully extended, the 40m boom can hoist 10t. Using a 16m double folding jib, this model can achieve a maximum hoist height of 55m and can hoist a weight of 3.1t in this configuration.

Liebherr added that the new telecrawler can be transported economically because it weighs 43.5t, including its 5.6t of ballast. The axle loads for transport are less than 10t for a three-axle tractor unit and a four-axle semi low loader. By removing 5t of ballast, the LTR 1040’s weight can be reduced to 38.5t, which means it has a gross transport weight of less than 60t. The crawler travel gear is retracted to a width of 3m for transport. The new model’s height is 3.15m, meaning that standard semi low loaders can be used for its transportation.

The manufacturer highlighted that the LTR 1040’s construction and design make it suitable for assembling prefabricated components. With a 2.5m erection jib and a second hoist unit, it can also carry out work in two-hook mode. The load absorbed with the erection jib by the low loader is transferred to the second hook on the telescopic boom. This means that prefabricated components can be rotated into the correct position and moved to the installation site on the crawler travel gear.

The LTR 1040 can hoist up to 17.7t with four-line reeving of the hook block on the erection jib. The runner on the LTR 1040 can handle loads of up to 9t as it can also use a double reeving constellation.

“The fine gradation of up to 0.3, 0.7, 1.5, 2.5 and 4° ensures perfect lifting capacities even on uneven site terrain types,” said Liebherr. On constricted sites, the LTR 1040 can also operate with its crawler tracks retracted to a width of 3m.

The crane operator can access the cab in any slewing platform setting using folding ladders, a fixed platform on the crawler track and an extra-wide step on the cab. There is no need to climb over the crawler tracks and chains. 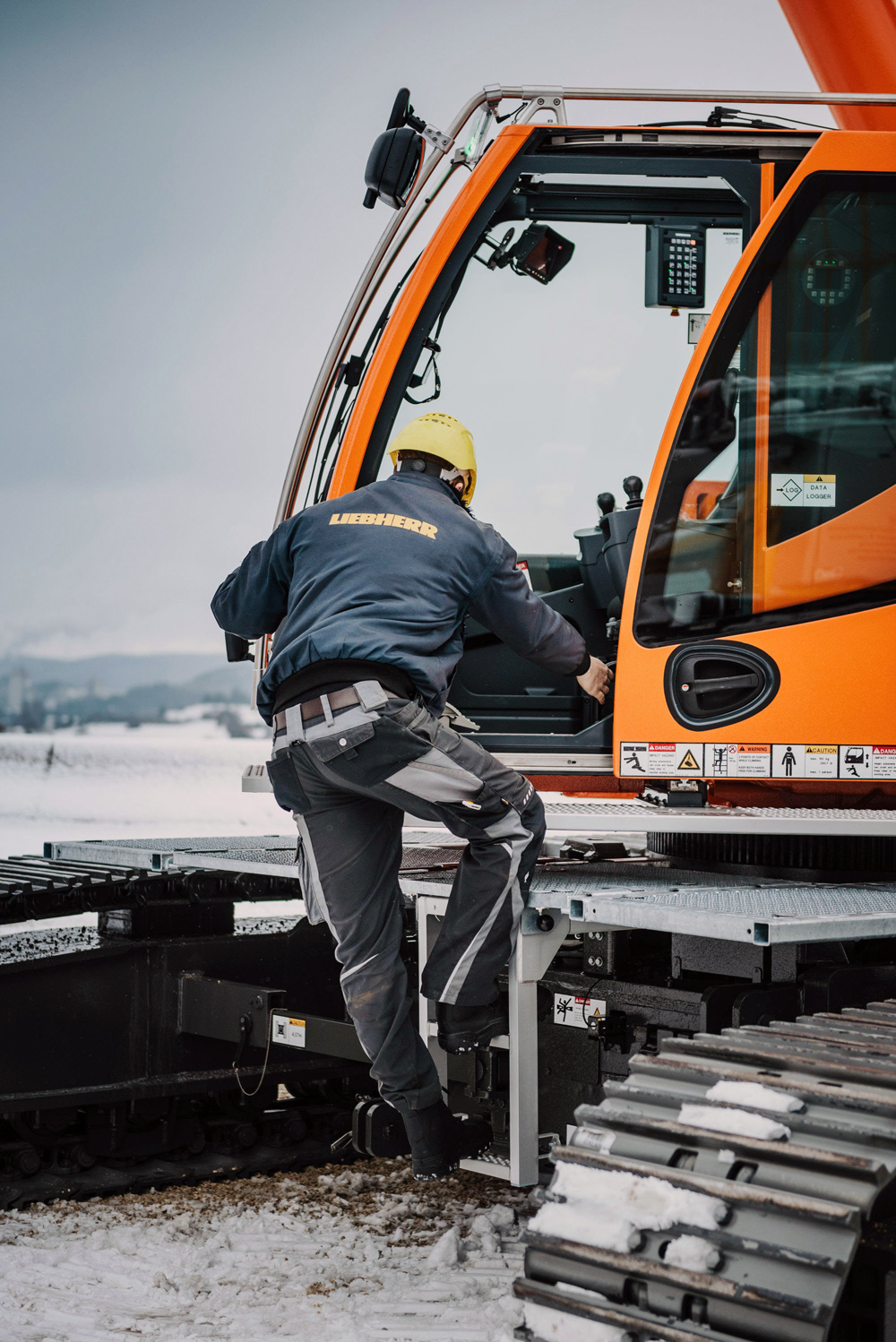 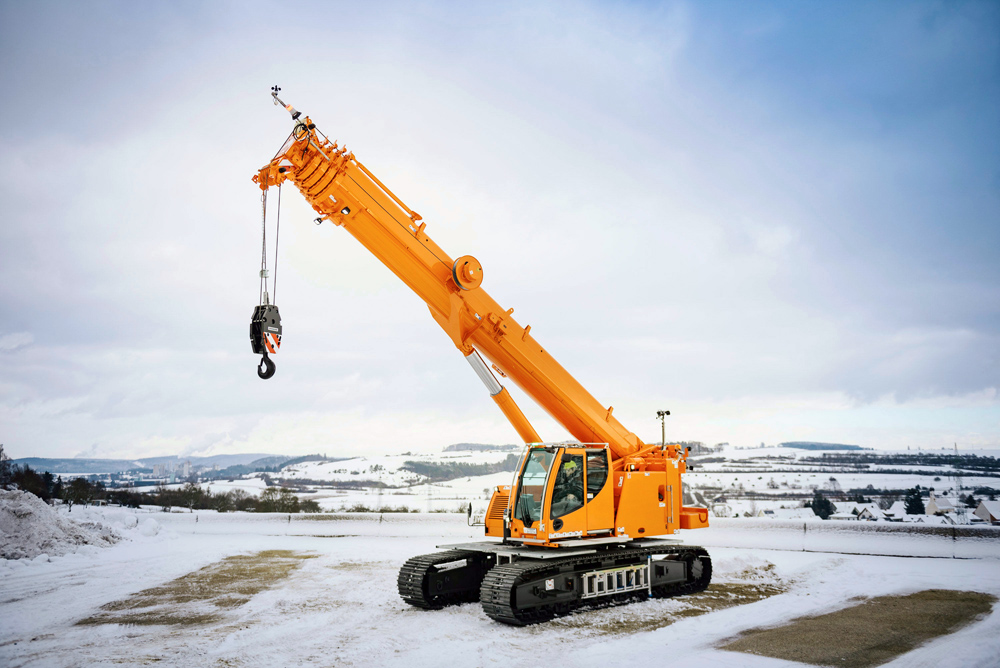