Operating results and the financial result also decreased year-on-year. The Group achieved a net profit of €7m. Commenting on the annual figures, the manufacturer said: “In view of the year’s special challenges and extraordinary conditions, this can nevertheless be considered a success.”

Revenue generated by the Mobile and Crawler Cranes product segment amounted to €2.5bn in 2020, representing a 4.8% year-on-year decrease.

Liebherr said there was a slight slowdown in growth in the global mobile crane market in 2020. However, it saw the demand for telescopic and crawler cranes grow due to the many economic stimulus packages that were implemented around the world as well as the resurgence of the wind power sector, especially in Europe.

Revenue from sales the European Union region grew slightly with “highly favourable” results in Germany. There was a fall in sales in all other regions, apart from Asia and Oceania where revenue remained stable. The breakdown of this segment’s revenue per region was: 45.8% European Union, 23.6% North America, Asia and Oceania 14.7%, Non-EU countries in Europe 8.4%, Africa/Near and Middle East 5.7%, Central and South America 1.8%.

“In view of the good order situation and the anticipated implementation of economic stimulus packages, Liebherr envisages that sales in the Mobile and Crawler Crane product segment will return to 2019 levels in 2021,” said the company.

Liebherr’s Tower Cranes product segment reported a greater fall in revenues in 2020 than the Mobile and Crawler Cranes one. The annual revenue generated stood at €444m, marking an 18.5% decrease year-on-year.

The manufacturer said there was a particularly sharp fall in sales in the EU, the segment’s most important sales region. “Among the non-EU countries, Switzerland saw the highest increase in sales. Business also performed very positively in North America, Africa and the Near and Middle East, driven by growth in the USA and Algeria. Sales declined in Central and South America, Asia and Oceania,” Liebherr added.

The European Union accounted for 68% of the segment’s total sales in 2020, while 13.7% originated from non-EU countries in the continent. Outside Europe, North America accounted for 6.3%, Africa and the Near and Middle East 5.9%, Asia and Oceania 5% and Central and South America 1.1%.

Liebherr is cautiously optimistic about the year ahead and anticipates a slight increase in sales in the Tower Cranes product segment. 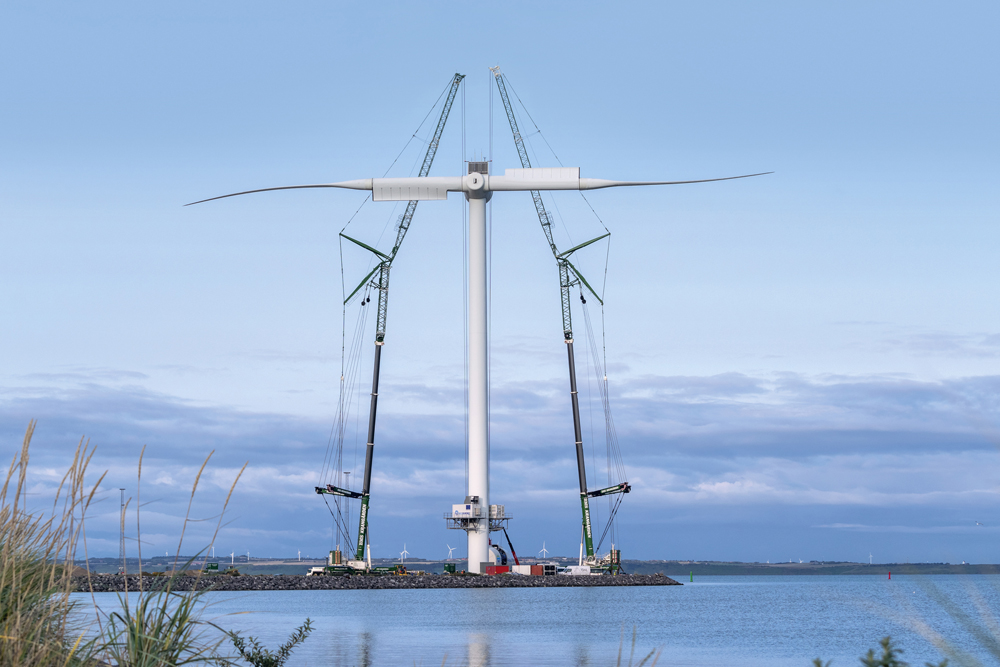