The offshore wind jackets will be used on the Greater Changhua 1 and 2a Offshore Wind Farms which are being constructed approximately 35–60km off the coast of Taiwan’s Changhua County. They are being built as part of Taiwan’s transition towards renewable energy use.

The Mammoet-Giant joint venture has supported construction of these wind farms by providing a range of engineering and design services, as well as assisting with the transport and integration of the jackets, ready for load-out.

The upper and lower jackets sat on top of custom support saddles – also designed by Mammoet-Giant engineers – which were used on self-propelled modular transporters (SPMTs) to transport both upper and lower pieces between assembly stations. According to Mammoet this method ensured a more efficient transportation process compared to other methods by reducing the time needed.

As part of this project, Mammoet’s PTC210-DS ring crane was deployed for the first time to Taiwan.

The upper jackets – weighing 270 tonnes – were transported around 100 metres from the storage area to the PTC crane, where they were erected so that the transition pieces could be fitted. A 750 tonne crawler crane was used for the upending operation.

The lower jackets – weighing between 600 t and 700 t – were then also transported to the ring crane’s location and erected in a similar fashion. Then the upper jackets, now fitted with transition pieces, were then lifted by the PTC and mounted on the lower jackets.

The lifting capacity of the PTC210-DS ring crane allowed up to four jackets to be assembled at once at the same location, fast tracking the assembly work.

Finally, the completed jacket structures were lowered onto the SPMT/saddle combinations for transport to a storage area at the facility.

Transports of the jackets were conducted using the 96 axle-lines of SPMT in two 4-file 24 configuration, with two transport beams. The beams – measuring up to 24m in length – were designed to bear the pile stoppers, allowing the transporters to lift the full jackets using the SPMTs’ integral hydraulic suspension. 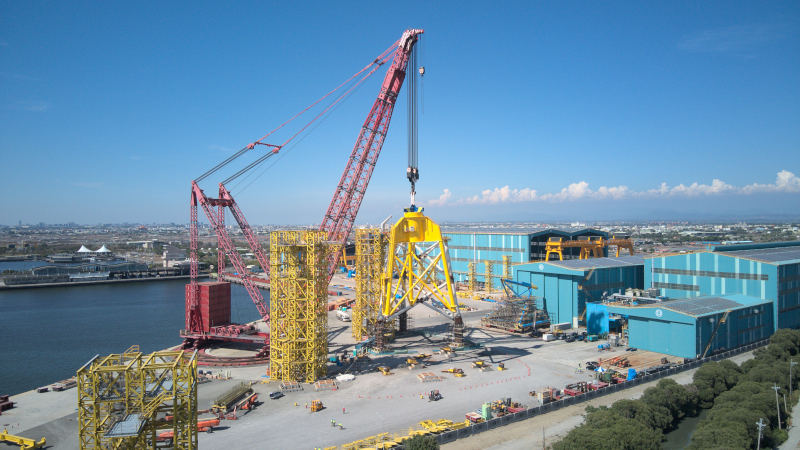 The lifting capacity of the PTC210-DS ring crane allowed up to four jackets to be assembled at once at the same location, fast tracking the assembly work 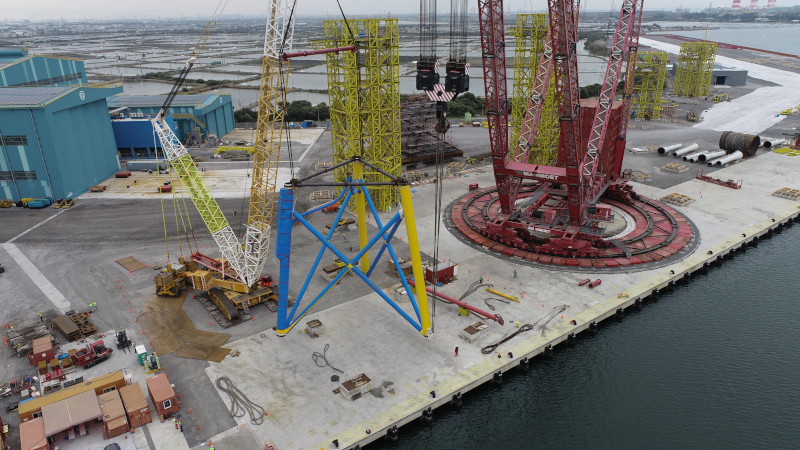 A 750 tonne crawler crane was used for the upending operation 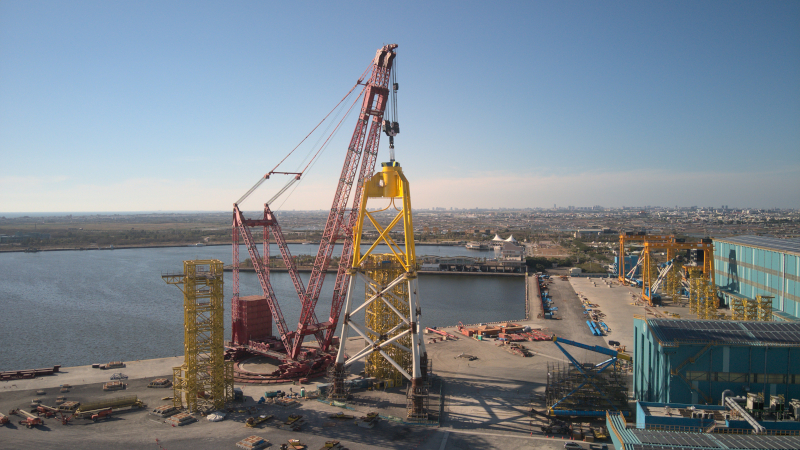 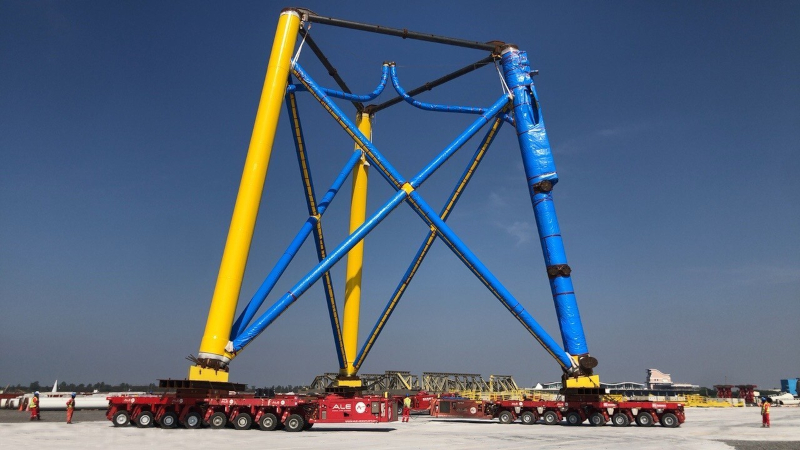 Upper and lower jackets were sat on top of the custom support saddles which were used on the self-propelled modular transporters to transport both pieces between assembly stations.