The reason behind the choice of seven axles for this model instead of the six-axle design of its counterparts, is for it to remain street-legal whilst having the longer, 80m boom.

Despite the additional axle, the AC 450-7 is as compact as the manufacturer's existing six-axle cranes. It has a carrier length of 15.99m, outrigger base of 8.45m and a total length of 17.62m.

“In other words, it doesn’t need more space than a six-axle crane at a work site, and yet it offers significantly better lifting capacities,” said product marketing manager Michael Klein.

If the main boom’s length is not sufficient, a luffing jib of up to 81m can be added—with three-meter segments from 24m to 81m— with maximum system length reaching 132m. This model shares the same luffing jib rigging system as the AC 300-6, AC 350-6, and AC 1000-9 models. In addition to the luffing jib, Tadano Demag also offers fixed jib configuration, even with an offset section, and also a runner.

Tadano Demag is using its new engineering design for the Sideways Superlift system for the first time ever on the AC 450-7.

“This new design is a critical enhancement to the well-known Demag SSL solution, with the Superlift arms now being mounted all the way in the front, on the head of the base section, meaning that they are ultimately longer and accordingly well-suited to larger lifting capacities. And while on the subject of lifting capacities, this means that the AC 450-7 is considerably superior to other seven-axle cranes or even some eight-axle units in a number of boom positions,” said the manufacturer.

The maximum counterweight for the AC 450-7 is 150t. It consists of a 20t base plate and redesigned counterweight plates that have been optimised in terms of swing radius, which is now only 5.6m. The base plate can be set up from the front.

At 8.45m, the outrigger base is also at the level of a six-axle crane. The manufacturer highlights that the AC 450-7 has five different outrigger widths.

The AC 450-7 is available with two different carrier variants to meet axle load requirements all over the world. In the standard version the AC 450-7 can be configured to travel under a 12t or 16.5t axle load limit, in both cases with the main boom in place. If the main boom is removed, the maximum axle load is reduced to just a bit over 9t with a gross vehicle weight below 48t.

All seven axles on the AC 450-7 are steered, while four of them are driven. It is driven by a Mercedes-Benz engine with an output of 480 kW (625 HP). The diesel engine conforms to EU Stage V and Tier 4 Final emissions requirements, but is also compatible to Tier 3. 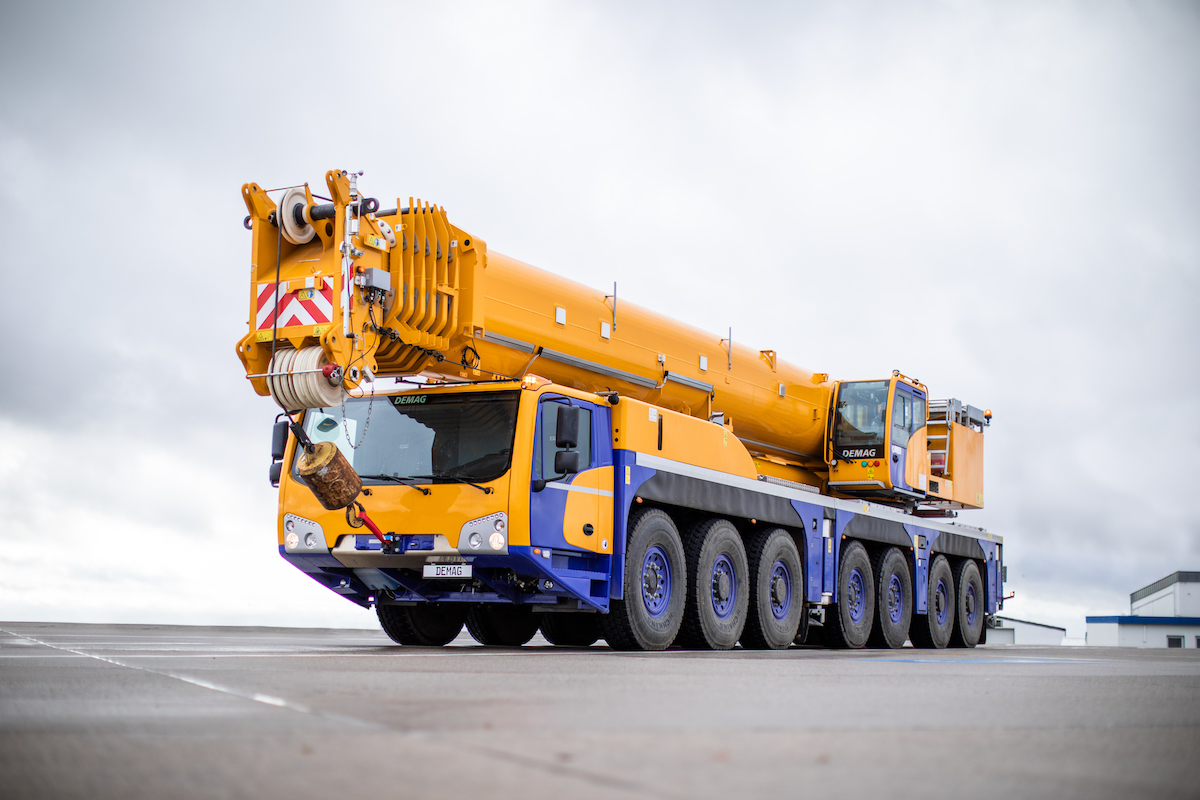 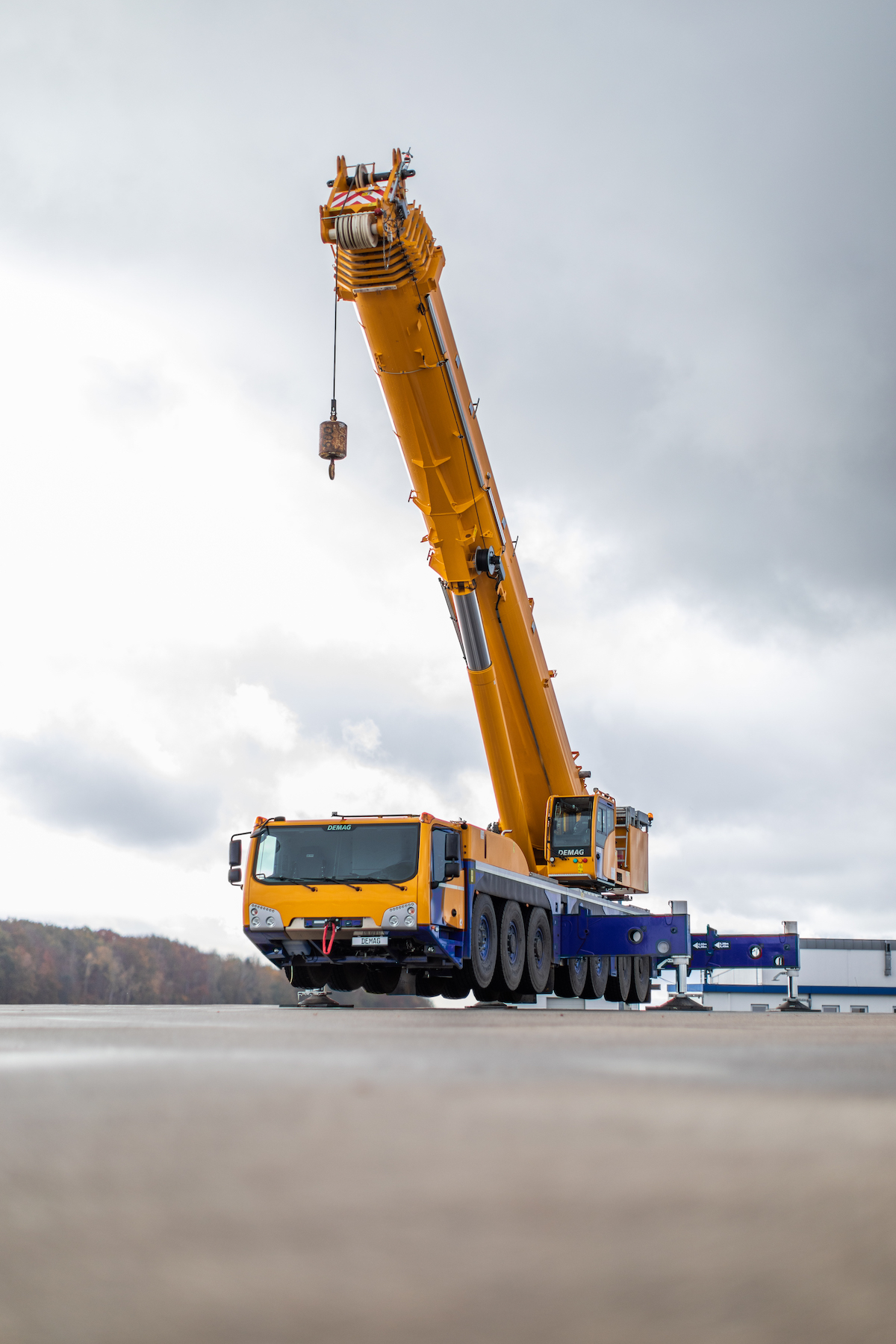 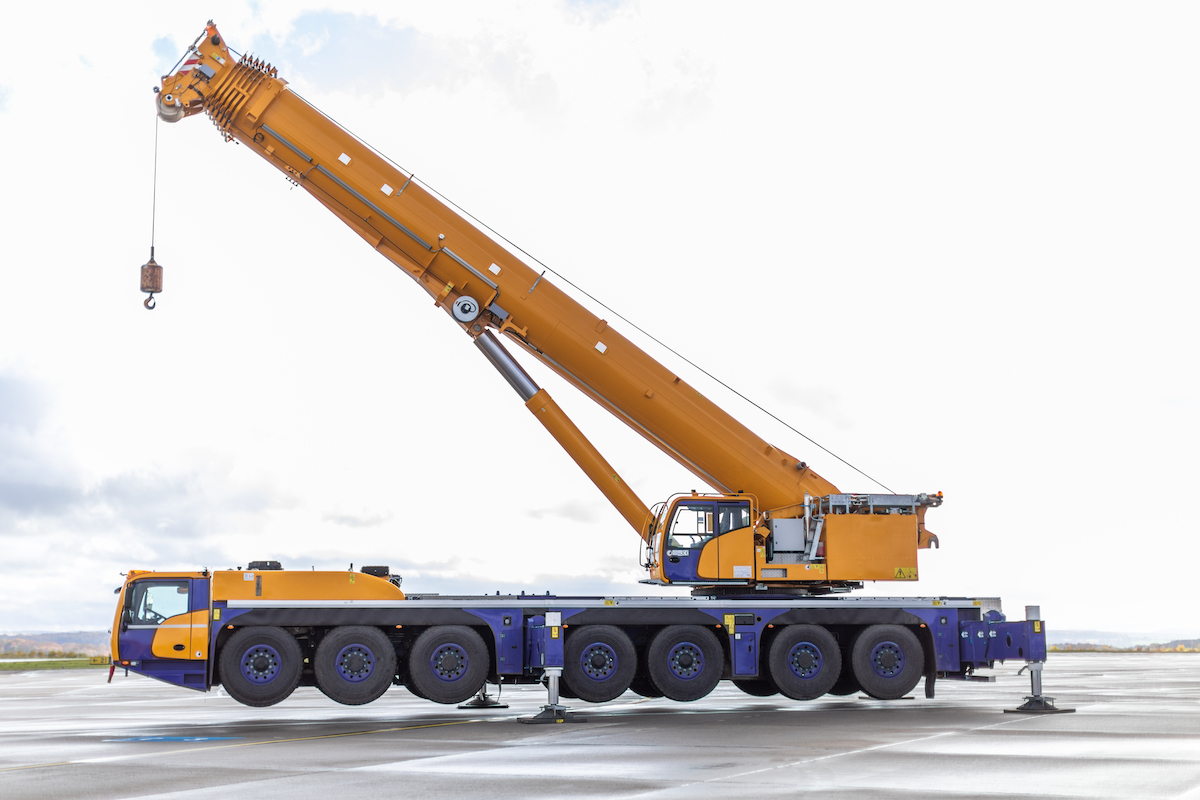