Construction group Swietelsky is using a Palfinger PCC 57.002 articulating boom crawler crane for the construction of a hydro powerplant in a cavern deep inside the Austrian mountains.

The new Tauernmoos pumped storage powerplant, owned by railway operator ÖBB-Infrastruktur – which gets all the electricity for its trains and stations from renewable energy sources, is being built by Central and Eastern European construction group Swietelsky deep inside the mountains in Upper Pinzgau, near Uttendorf, Salzburg, Austria.

The infrastructure of the underground hydro powerplant is being built inside a cavern which extends over a length of 73 metres, a width of 25 metres, and a height of 40 metres.

To build the powerplant 15,000 m³ of structural concrete and 2,000 tonnes of reinforcing steel, along with formwork panels and machines, must be lifted and installed within a confined space within the cavern and on a tight schedule. There is not much space for parking machines and moving them is difficult.

The lifting solution Swietelsky is using is a Palfinger PCC 57.002 crawler crane. The crane was selected due to its compact size (5.8 by 1.9 metres), lifting capacity of 450kg, and working radius of almost 30 metres (or 3,700kg at a height of 18 metres and radius of eight metres.

The crane is working on various levels within the cavern. This is aided by the crane’s ability to separate from the crawler module and be transported to the next level in two parts.

The crane can operate using either diesel or electric drive but inside the cavern it is using electric power for CO2 neutral operation, ensuring that the workers are not exposed to exhaust fumes. They also benefit from reduced noise and vibrations.

According to Palfinger the crane is also well suited to the site due to its unique shifting function and 360° geometry monitoring which can increase lifting force and reach. The crane’s software calculates all centres of gravity to provide optimum stability.

The crane is being used with an articulated knuckle boom (14°) and fly jib (25°) in order to be closer to the loads whilst also avoiding objects and protruding edges. “Thanks to the PCC’s shifting function in combination with its long reach, we can transport even the heaviest loads to distant locations in the cavern,” said crane operator Wilfried Pirker. “This makes our work a lot easier.”

Civil engineer Arnold Künnert, project manager at Swietelsky AG’s civil engineering team, is responsible on site for the construction of the concrete power plant cavern. He added, “In addition to the technical advantages, Palfinger’s strong service network and customer-oriented support were decisive for us. Our crane operators received four days of training right before the start of the project, where they got to know all the functions of the crane model and practiced health and safety procedures. This enabled them to work efficiently right from the start of the project. The Palfinger service centre in Zell am See also guarantees rapid availability of spare parts.” 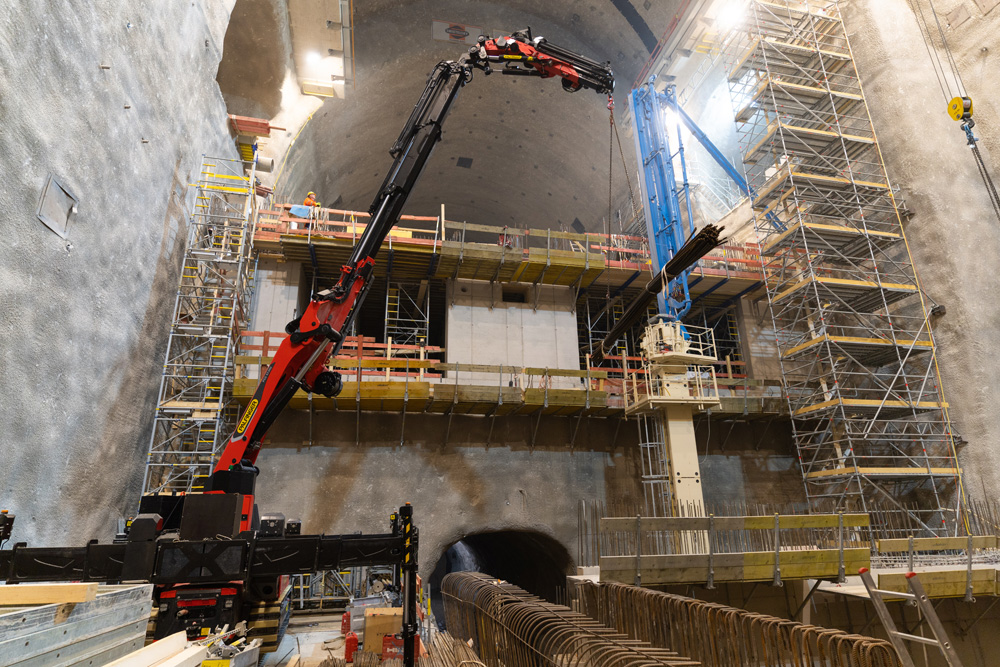 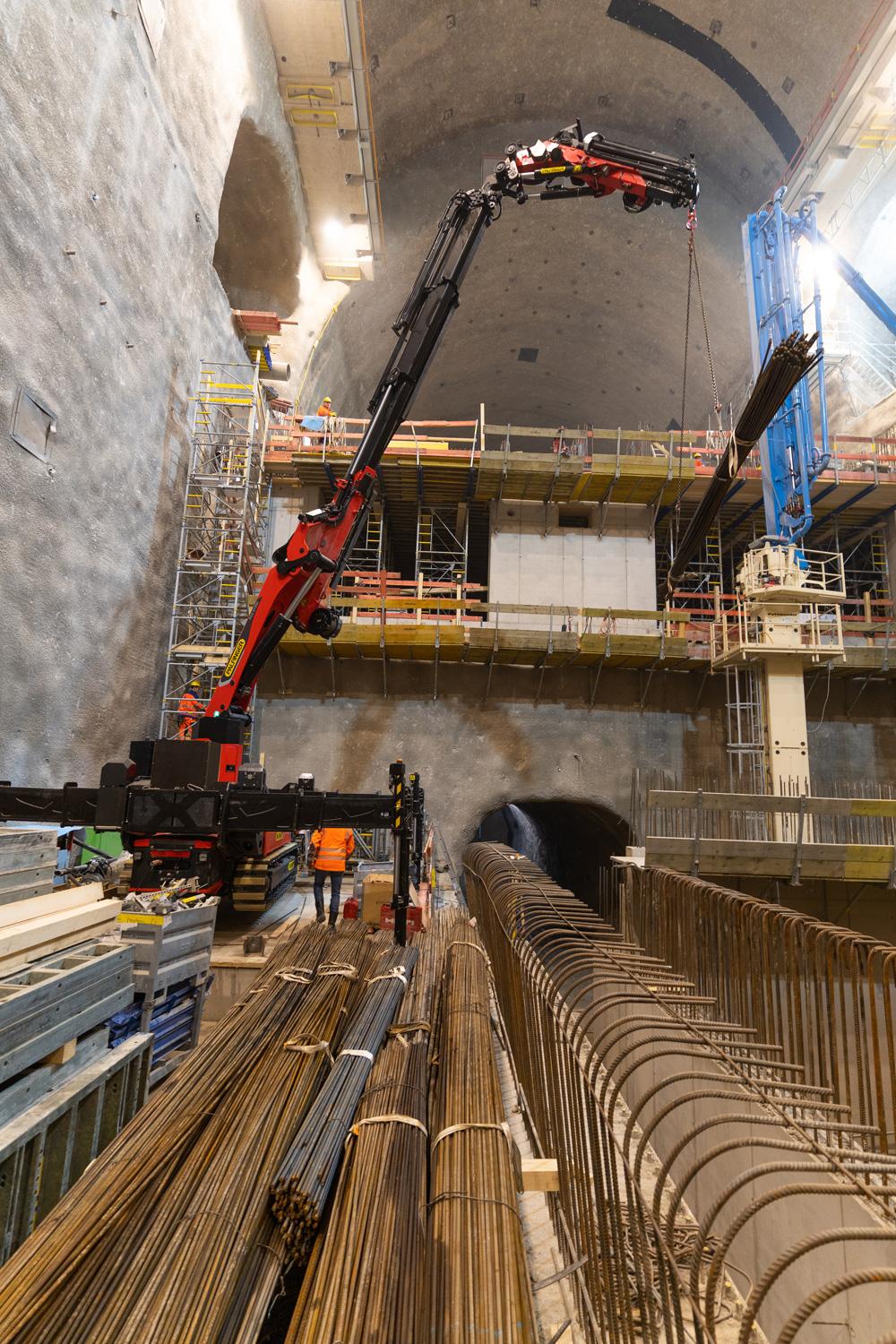