Plant investment pays off for Tadano

Japanese crane manufacturer Tadano has announced it is seeing big returns from its Kozai manufacturing facility which opened in 2019. Tadano invested JP¥21.5 billion (£140,000,000 million) in the plant – which it describes as a ‘next generation smart plant’.

The 47,000 square-metre production facility makes rough terrain cranes, truck cranes, and main parts such as booms and cylinders, primarily for markets outside of Japan. It is located on nearly 20 hectares of waterfront land in Takamatsu, near the company’s headquarters.

At the factory Tadano has looked to utilise technology to help increase efficiency. The progress of assembly lines, for example, is displayed in real time – generating data that tracks line progress, logs man-hours, and analyses flow lines to optimise production layouts. Sensors are attached to overhead cranes and other equipment to monitor operating status and malfunctions in real time. The sensor data is also to generate predictive data, said Tadano, with analytics helping identify potential failures.

When the plant opened part of the production line of Tadano’s Shido plant was transferred there – including personnel. Kozai currently has around 210 workers.

The working environment has been designed to be pleasant with high ceilings and natural light. Automated guided vehicles handle parts supplies while some welding and painting tasks are done by robot. There are oil and water separators with automatic monitoring systems, as well as air conditioning for the assembly line. The plant’s location on the water reduces transport costs and avoids maximum weight restrictions on public roads by allowing finished products to leave the plant via barge to port facilities in Kobe, where they can be shipped directly to customers around the world, added Tadano.

Tadano said the Kozai Plant is quickly becoming its primary production base in Japan and that the site area allows for further expansion of production facilities as it continues to expand its sales and service to worldwide markets. 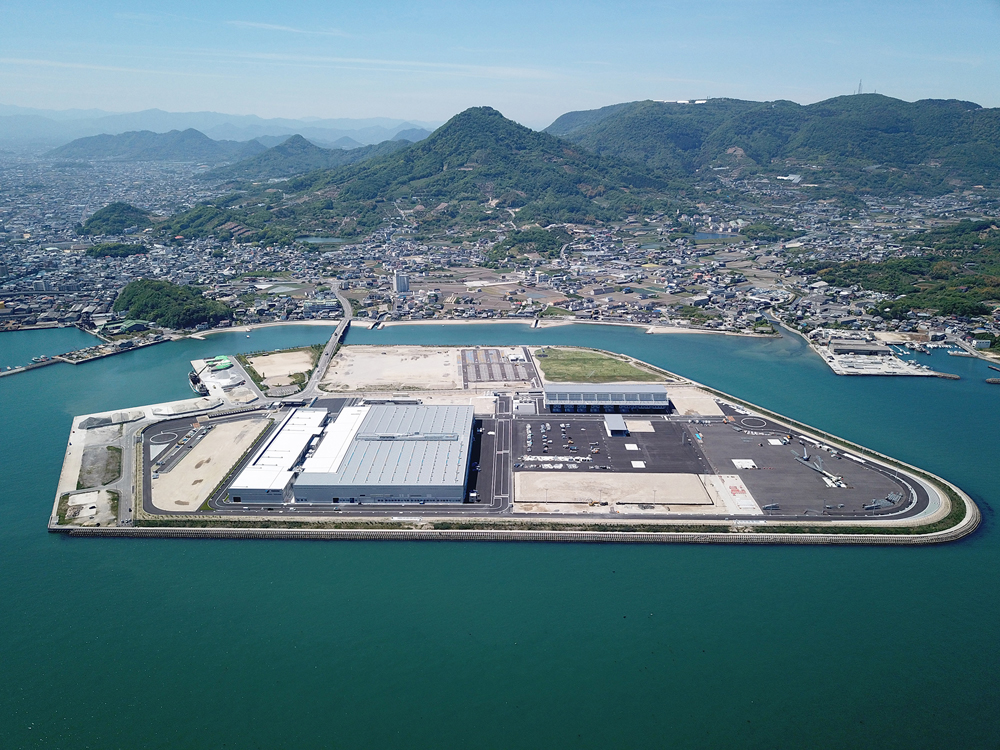