Cypriot construction company AtlasPantou – MAN JV Construction Group commissioned official Raimondi agent for Cyprus, conAgro, installed two MRT111 flat-tops in the Cypriot city of Pafos, for the construction of the new university campus in the area - the first outpost of the American University of Beirut (AUB) outside the Middle East and North Africa.

Following a swift installation process, the cranes are expected to remain onsite for approximately 12 months.

The first MRT111 has a height under the hook of 30 meters and a jib length of 48m, while the second is freestanding at 36m with a jib of 50m and a tip load of 2.3tn. Both machines are equipped with a 30kW hoist and a drum capacity of 450m, and can lift at a maximum speed of 100 meters per minute.

Expected to be completed in Autumn 2023, the new campus will host administration buildings, classrooms spread over three floors, and an auditorium. The new AUB campus in Cyprus aims to serve a broader audience while offering students exchange opportunities and collaborative research projects between Lebanon and Cyprus.

“We are thrilled to participate in this higher education project with two Raimondi flat-tops, and further continued our long-lasting partnership with AtlasPantou – MAN JV Construction Group. The two machines were previously sold and put to work on another of the contractor’s projects, Limassol Del Mar, a much-anticipated luxury beachfront development,” explained Petros Rouvas, Chief Executive Officer, conAgro. “The MRT111 is a strong model to have in any fleet as it performs well in terms of maximum load and hoist speeds, as well as its tower height versatility. Additionally, in line with the market trends of the area, many job sites require cranes with a maximum lifting capacity ranging between 8t and 10t.” 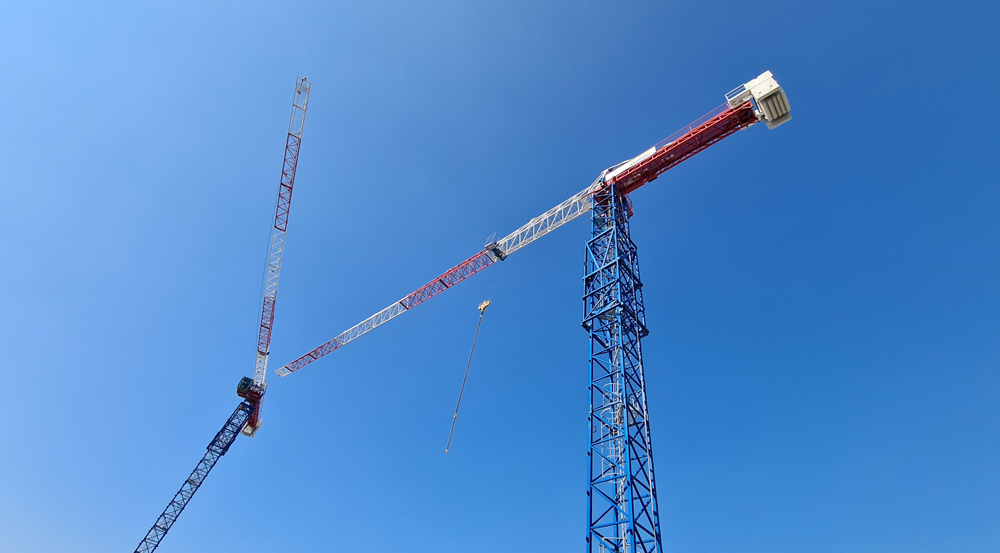