Reaching for the stars

The First Light Pavilion, the project’s centrepiece, will house an exhibition gallery, education areas, projection space, and café. The Pavilion’s dome construction required 381m3 of concrete, poured into a mould spanning 50m to create the single-structure roof. The continuous concrete pour–the first of its kind in over 25 years, according to Ryan Southern, project manager, Kier Construction–took 10 hours and 15 minutes to complete.

Working for Kier Construction, the first CKE800G arrived on site in April last year, with the second unit arriving a month later. The cranes were initially used for site preparation and the construction of the Pavilion’s concrete podium, lifting piling rebar and concrete hoppers. They then helped with the installation of the formwork needed for the concrete pour.

Both CKE800Gs were initially supplied with a 36.6m main jib, alongside a 360° safety camera system and an aircraft warning light (retrofitted by Q Crane & Plant Hire), with one crane adding an 18m fly jib on 10° offset.

“We added the fly jib,” Andy Pearson, head of operations at Q Crane & Plant Hire, said, “because, once we started to lift the formwork into place and the scaffolding was added, it was harder to reach the middle of the 50m-wide dome structure, especially with the crane being moved further away to allow for clearance. Maximum reach at this point was 30-32m, while maximum weight was 4.2t.” 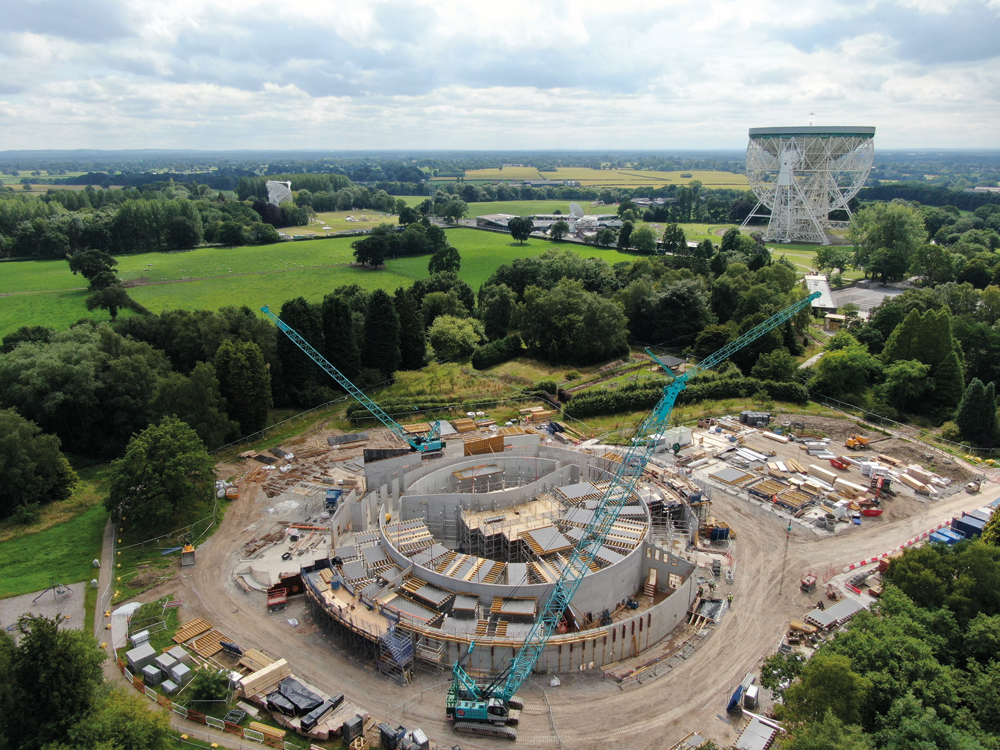