German construction equipment rental company Spira Baugeräte und Schalungslogistik has recently added a new Potain MDT 569 to its rental fleet of 60 self-erecting and 50 top-slewing cranes. The formwork and construction equipment rental company has deployed the tower crane, which has a maximum capacity of 25 tonnes and 4.2 t at the end of its 80 metre jib, to help construct a new laboratory at the Karlsruhe Institute of Technology (KIT).

Spira technicians worked with two Potain factory technicians to assemble and erect the crane in just two days, using a 400 t six-axle Grove GMK6400 mobile crane. Quick assembly was crucial due to the jobsite’s city centre location and limited space – and was made possible thanks to the design and technology of the MDT 569, along with careful preparation, said Potain manufacturer Manitowoc.

According to Manitowoc, the Crane Control System (CCS) made crane set-up much easier and faster than with conventional crane models and all the adjustments necessary for the crane configuration can be made quickly from the cab.

Spira’s requirements included being able to lift large, prefabricated elements of 15 t at 35 m and 8 t at 60 m. The crane will remain on site for 17 months where it will construct two buildings – one with six floors and the other with two floors.

“For a week, we meticulously planned the pre-assembly and logistics. The optimised size of the crane components for truck transport definitely convinced us the Potain MDT 569 was the right crane for the job,” said Yves Dupré, who is joint manager of Spira along with his brother Philippe.

“The MDT 569 is one of the few topless cranes of this size – and the ease of installation and the ergonomics of the assembly won the Spira management team over. As for the spare parts service and the aftersales service, they are simply exceptional,” Philippe Dupré added. 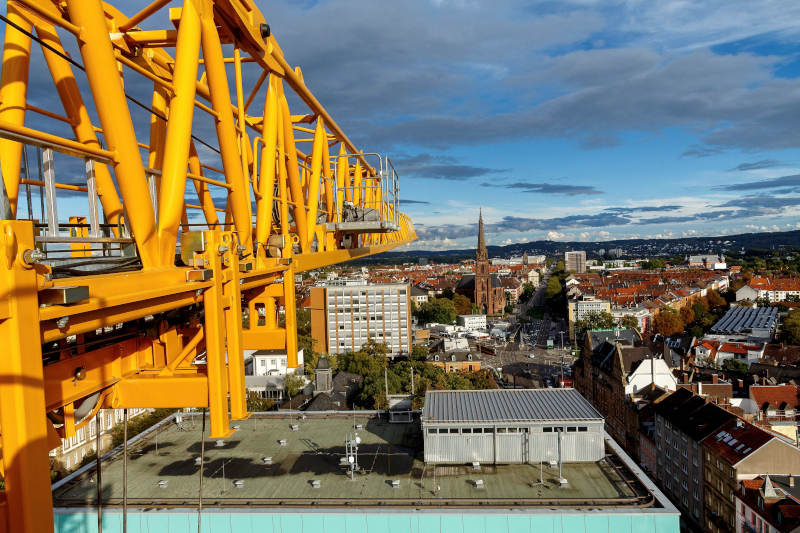 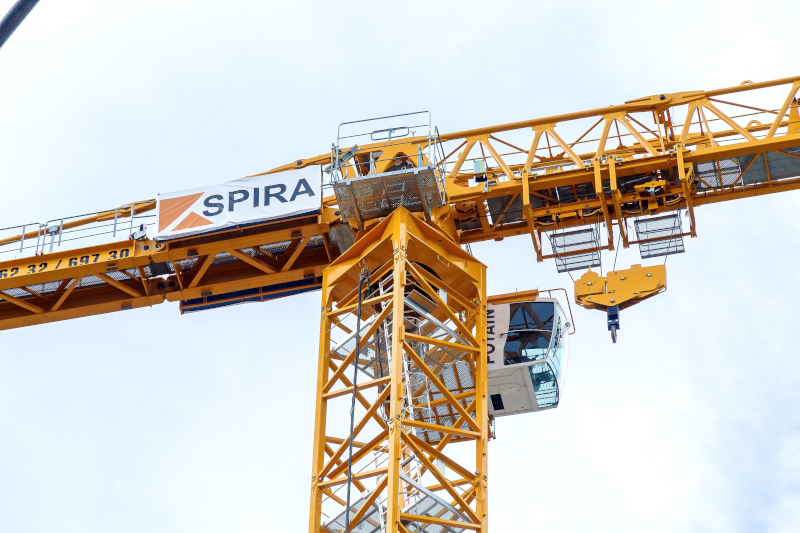 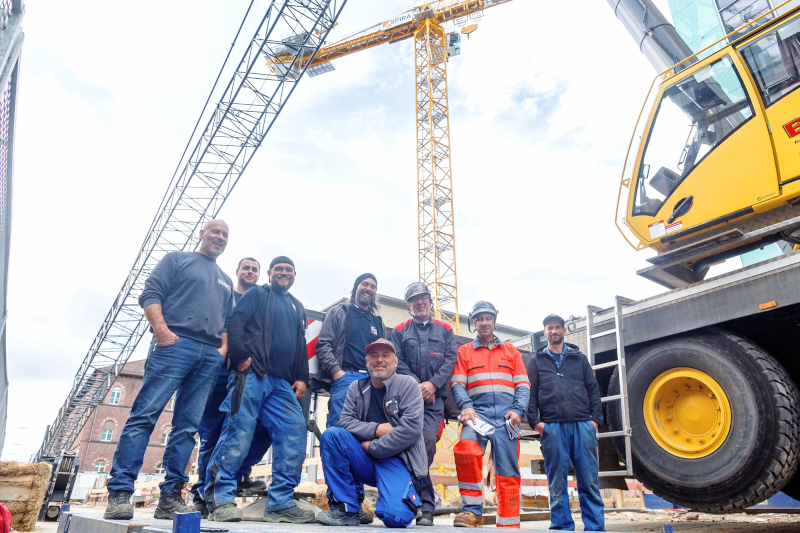