Built with the manufacturer's proprietary Unitrex XS max wear cable, the Fortis2 Sling has the tensile strength and stiffness of steel wire at one-fifth of the weight, Yale said.

He explained: "BIW workers have used Yale's LOUPS (softer, more flexible lifting slings) for years, but used wire when it was necessary to push a sling underneath a load on the ground.

"With Fortis2, they no longer have to do that -- it's stiff enough to push. So as the shipyard retires its old wire slings, it's replacing them with Fortis2. Other shipyards have followed suit.

"It's a smart business decision, and one that workers appreciate too. Because Fortis2 Slings are so much lighter than their wire counterparts, they're naturally easier to rig.

"What once took hours and involved a crane or other mechanical assistance can now be done manually by just one or two workers and takes just minutes." 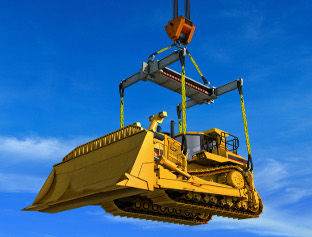